How to deal with multiple overlaps in PostGIS?

I've been fighting this for quite a long time and everytime I think I got it, I got it wrong actually.

See picture below. As a result of line buffers I got overlaps that need to be removed on buffer ends. I'm looking for a way to tell PostGIS which overlaps should be differed from which buffer. I ended up with topological incorrect polygons several times.

If you wish, grab the table dump. 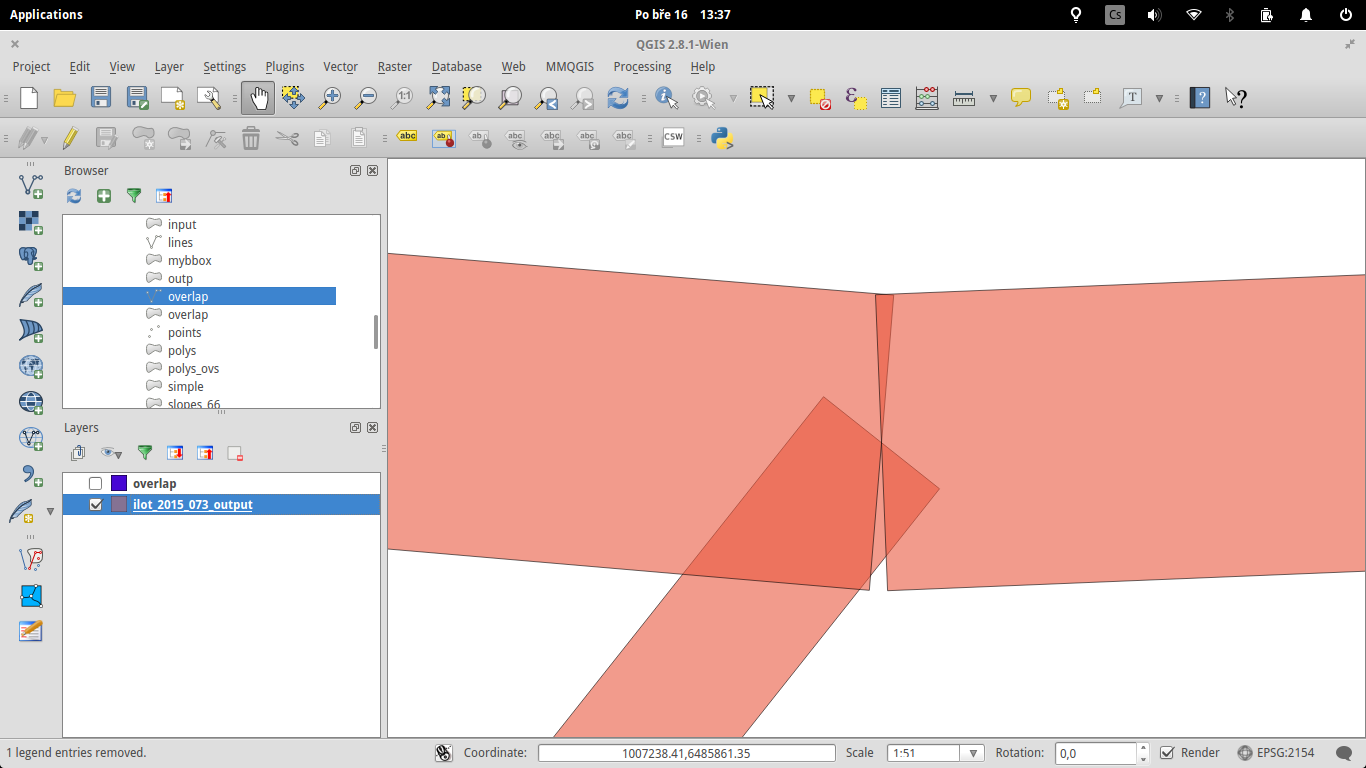 I get all the overlaps with this query:

No idea how to proceed.

UPDATE I need to remove overlaps so buffers face each other just fine with no white space. E.g. if two buffers overlap, the overlapping portion of space should be removed just from the one of those two.

An there is a link https://boundlessgeo.com/2014/10/postgis-training-creating-overlays/ for pretty solution by Paul Ramsey.

5
Trouble with PostGIS and multiple selection sources
3
How to setup PostGIS for use with multiple machines?
5
PostGIS: Merge multiple table with same GID
2
How to update a postgres/postgis table periodically with multiple data?
10
How to deal with “ERROR: GEOSUnaryUnion: TopologyException: Self-intersection”?
1
PostGIS create table with multiple geometry
0
ST_DistanceSphere can't deal with the prime meridian?