QGIS: How to add a second polygon that is exactly 5km larger in all directions?

Given is a map with an airport. Within a distance of 5km around the runway there is a so called no fly zone for drones (in Switzerland). I want to show this zone in a map.

What I would like to do is the following:

How can this be achieved with QGIS? Or better with another tool?

I have tried using buffer as suggested in the answer and this is the result: 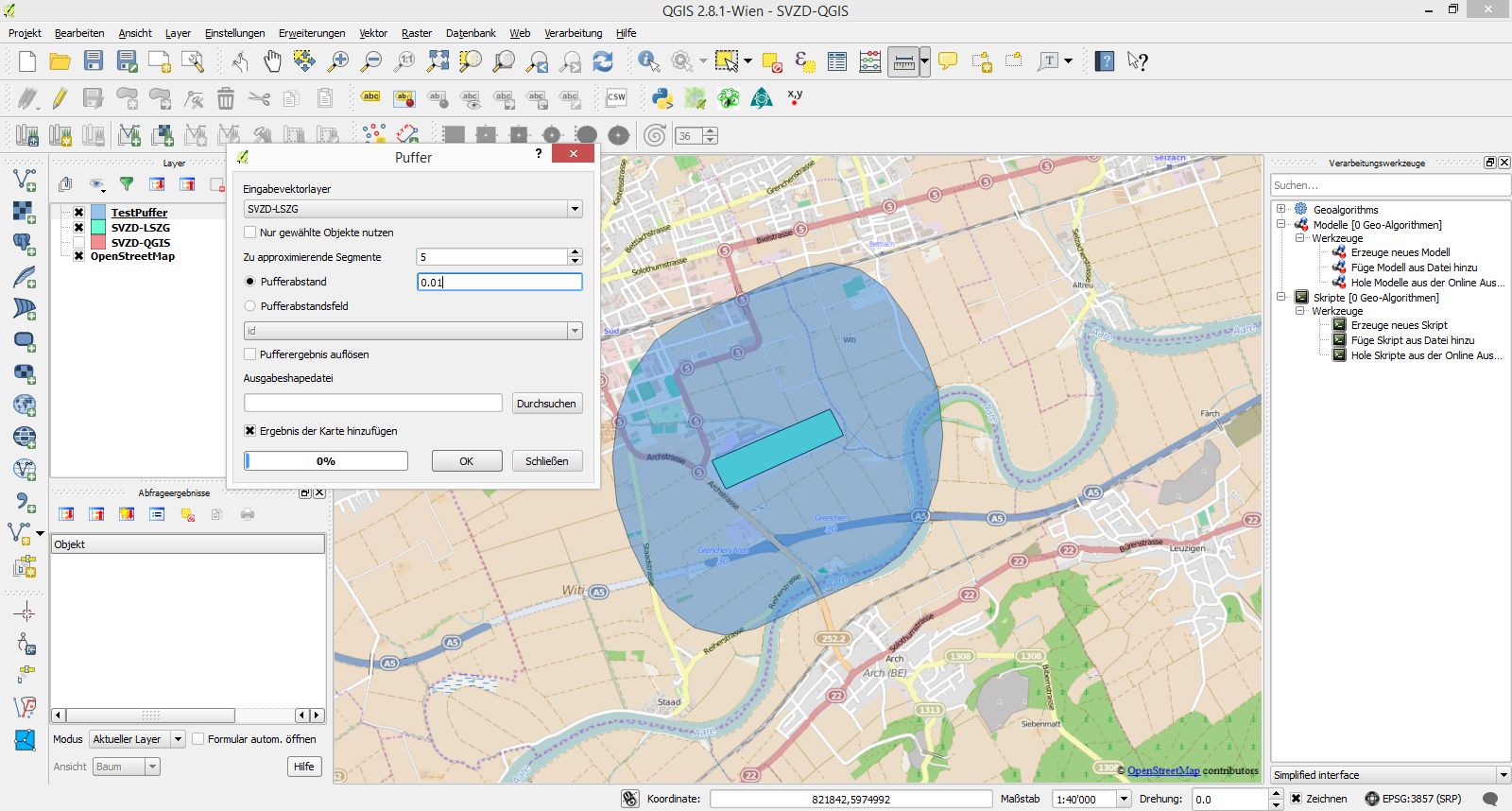 Why does the buffer appear distorted instead of a uniform 5km?

Running the buffer tool will create a second polygon offset the distance you specify from the first. Corners are radiused by default, no need to crop.

Not the answer you're looking for? Browse other questions tagged qgis polygon coordinate-system buffer or ask your own question.

7
How to generate non-merging buffers in QGIS?
0
Creating a 10-mile radius buffer zone that averages a variable in my shapefile?
1
Inaccurate Buffer Distances
2
Pyqgis Fixed Buffer Creation in Meters with Haversine
2
Count points belonging to a country but outside of country polygon (coastal)
3
Counting area percentage of overlapping polygons