I'm a (reasonably) proficient GIS user (mostly QGIS, but some Arc GIS) who has been thrown the conundrum of converting/importing CAD urban planning drawings (2D drawings produce in AutoCAD 2014) to GIS shapefiles (or similar).

I have had some success in importing the drawings, but have realised that all of the drawings have been produced as lines (not polylines or polygons) which means I am losing a layer of detail that would be really very useful in GIS.

For example, I have a site plan of a new housing layout which shows hundreds of individual plots of land, which 'look' like polygons but are actually represented in AutoCAD as lines. As I understand it from reading through forum posts here it's probably best that these plots are converted to polygons in AutoCAD before we attempt to export/import them to GIS?

I'm really just looking for a solid enough workflow to produce 2D architectural plans in AutoCAD and import them to GIS so that I can now attach additional attributes to individual polygons (e.g. buildings, plots) and polylines (roads, rivers etc).

From first glance the CAD files are a bit of a mess (please see example DWG file here). They are also huge e.g. new housing estates with +4000 plots in some cases. I think refining the workflow at the CAD end is probably something that needs to happen. My other constraint is that with the exception of AutoCAD 2014 I'm pretty much restricted to using opensource software (QGIS etc)

Has anyone come across any useful resources that would point me in the right direction?!

The way I did this with your test file was to convert the DWG file to a DXF using (free) Teigha File Converter. Then I loaded the DXF into QGIS and tried to polygonize it (using 'Polygonize' from the Processing toolkit). In fact 'Polygonize' only partially converted the lines to polygons, there is a problem with the DXF.

So, it was necessary clean the DXF with GRASS v.clean snap from the Processing Toolbox (I just used the default settings). Then on the output file I ran 'Polygonize' again, which polygonised the lines perfectly.

Teigha File Converter can do batch conversion, by the way. All of the shapes on the picture below are polygons, I styled the layer on the 'area' attribute which explains why some of the colours are the same. 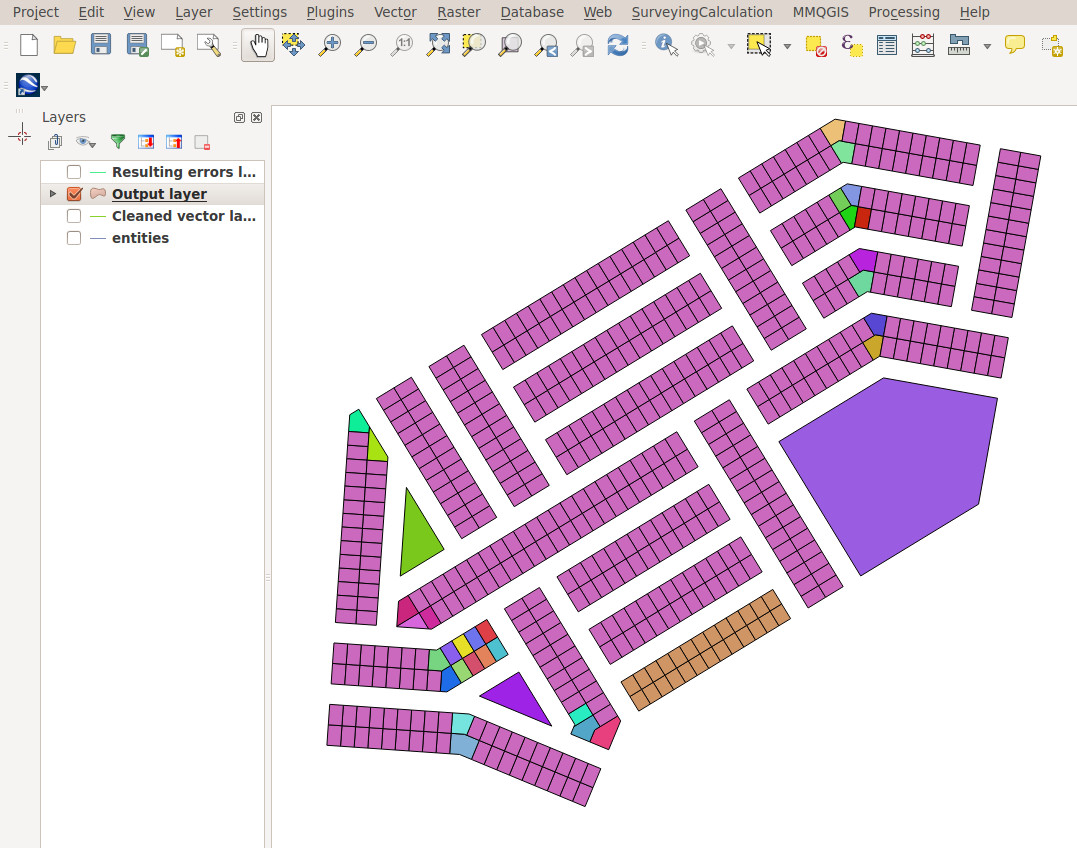 Not the answer you're looking for? Browse other questions tagged qgis polygon open-source-gis autocad or ask your own question.