How to separate states in USA file using ArcGIS for Desktop? [duplicate]

I have found a few different files containing the entire United States, with attributes including states. Is there a way to separate the states out into their own files (perhaps in one file geodatabase)? I later would like to use "Selection-> Select by State." While I can select each state individually and save them in one file geodatabase, I am wondering if there is a more efficient and quick way to do this. Also, any options I have found will not include both North Carolina and North Dakota, etc., because the state name is two words long. Instead I get one 'North.' I do not yet know Python.

I suggest a model-builder based solution.

You can create a simple work flow that look as follow:

OK, here is the script I wrote a while back, and I just adjusted it for US States, but it will work for any kind of data, as long as it contains a column with unique values.

How this works (simplified explanation; just the basic steps, not line by line):
- loop through the file, and for each feature get its name
- use that name to then select the row, and export just that row (i.e. that feature)
- when exporting use the name as the new file's name

To illustrate this (and I apologize, these screenshots will be coming from QGIS... ArcGIS license has expired at home):

I have a shapefile of the USA: 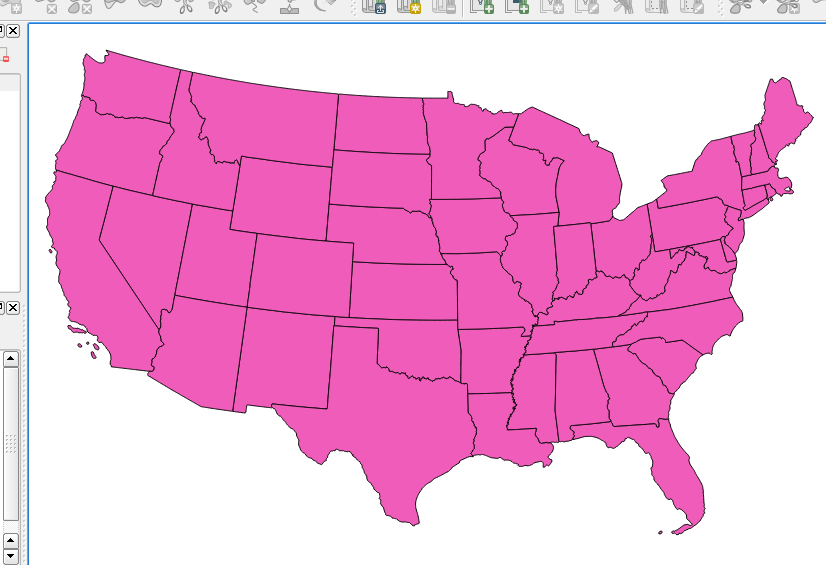 Now, I would like to use the column NAME10 to use as the names for my exported files:

After running the script I will be left with this, all of them separate datasets: 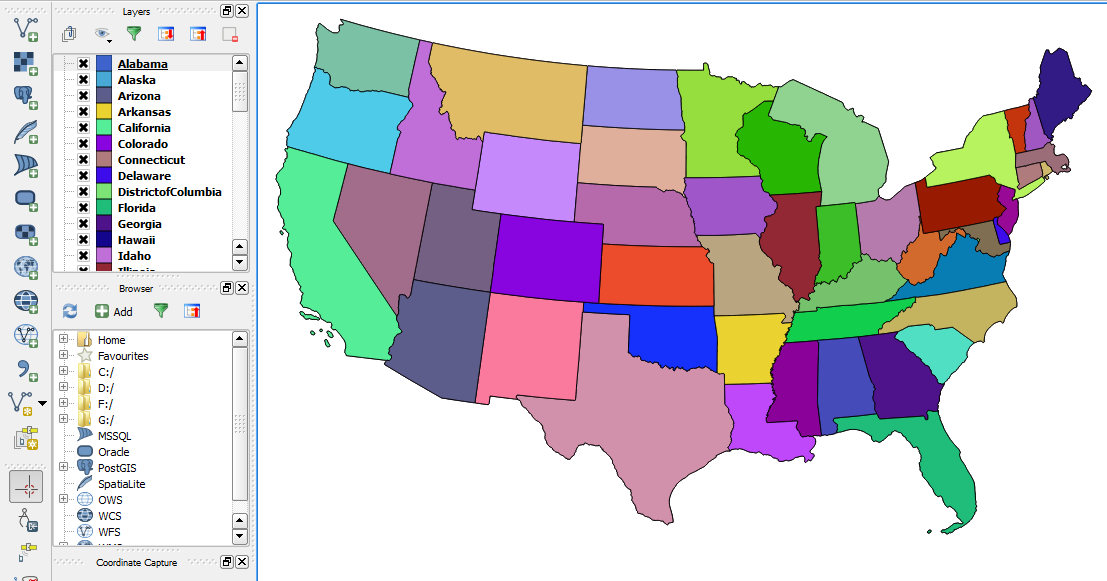 Now, specifically to get it to work with your data, as you have not done any coding before, there are some parts you need to adjust. I would recommend copy/pasting this code to a text editor or an IDE, such as Notepad++ or PyScripter, respectively. Save it as a file with a py extension, such as featuresToShp.py.

Then you need to edit the following lines:
7: insert the path to your dataset
15 and 16: change NAME10 to the field in your dataset that contains the state names
23: insert the path where you want to save your new files (the path/folder needs to exist before running the script!)

Then save, double click your .py file, and see the files magically appear in your specified folder :-)

Not the answer you're looking for? Browse other questions tagged arcgis-desktop arcgis-10.2 layers file-geodatabase select-by-location or ask your own question.