How to iterate through feature class to produce multiple point density files in ArcGIS?

I'm trying to create separate point density layers for each feature within a feature class owning to differing density characteristics within each feature. 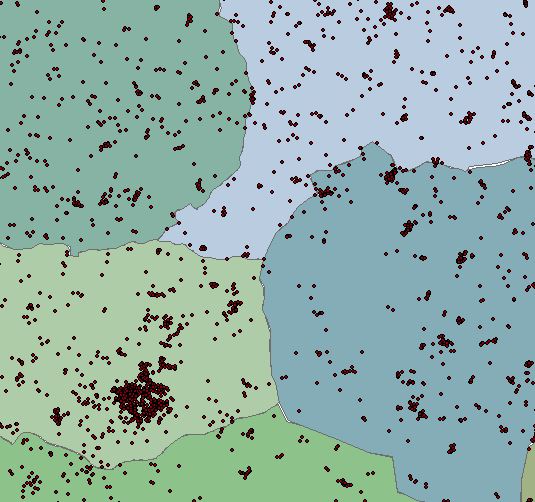 I would like to be able to accomplish this without having to create a new feature class for each feature before computing point density. Here is my current model:

Edit: At the moment my model returns an error 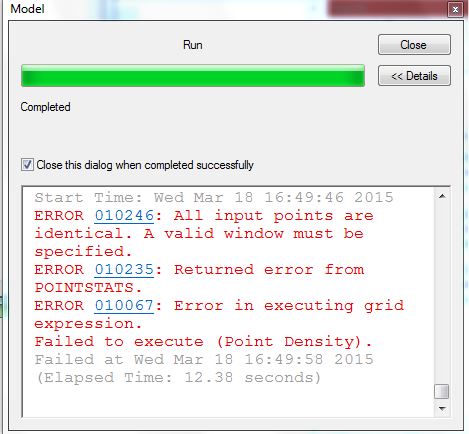 How can I create new point density feature classes for each feature independent of each other either in Model Builder or ArcPy?

Error 010246 from ESRI support describe either a state that all input points have the same location, or that one or none point were selected. I believe that the second one applies to your model. I suggest you manually check whethear some polygons don't contain points at all, or contain one point - you might use spatial join to get the counts. After that create a valid input layer for your model that contain only polygons with two or more points.

After seing the report I don't believe the problem is the selection, however relating to your comment, here is an image to make things clearer. The input table is your points table with the active selection, and the option is CLEAR_SELECTION as shown. No experession is used.

EDIT: The selectr layer by attributes tool with CLEAR_SELECTION should be placed after (with a precondition) the point density tool create its output.

Note that point density output is a raset, and actually I there is no density feature class. I recommend that you read the tool's help. You will also find arcpy examples there. Here is a link

Another EDIT: I noticed that you used Iterate Features - I think that you should use the iterator Row Selection instead. This iterator would run through each polygon and use it as the selected polygon with which points should be intersected.

Here is an example of a model as suggested above and its output:

EDIT: it worth mentioning that adding extract by mask to the model at the end of each iteration will help extracting the Density raster to the exact extent of each selected (iterated) polygon within the polygons feature

Not the answer you're looking for? Browse other questions tagged arcgis-desktop modelbuilder layers or ask your own question.