Do I have to use "add vector layer" - "directory" - "OpenFileGDB" in order to open and view the data?

Is there a way to specifically open the ESRI FileGDB type in QGIS 2.8.1?

I got shapefiles of the same data from the same source and they appear correct. The projection is set to the correct projection in QGIS.

Any ideas on how I can get the ESRI FileGDB to display correctly in QGIS 2.8.1? 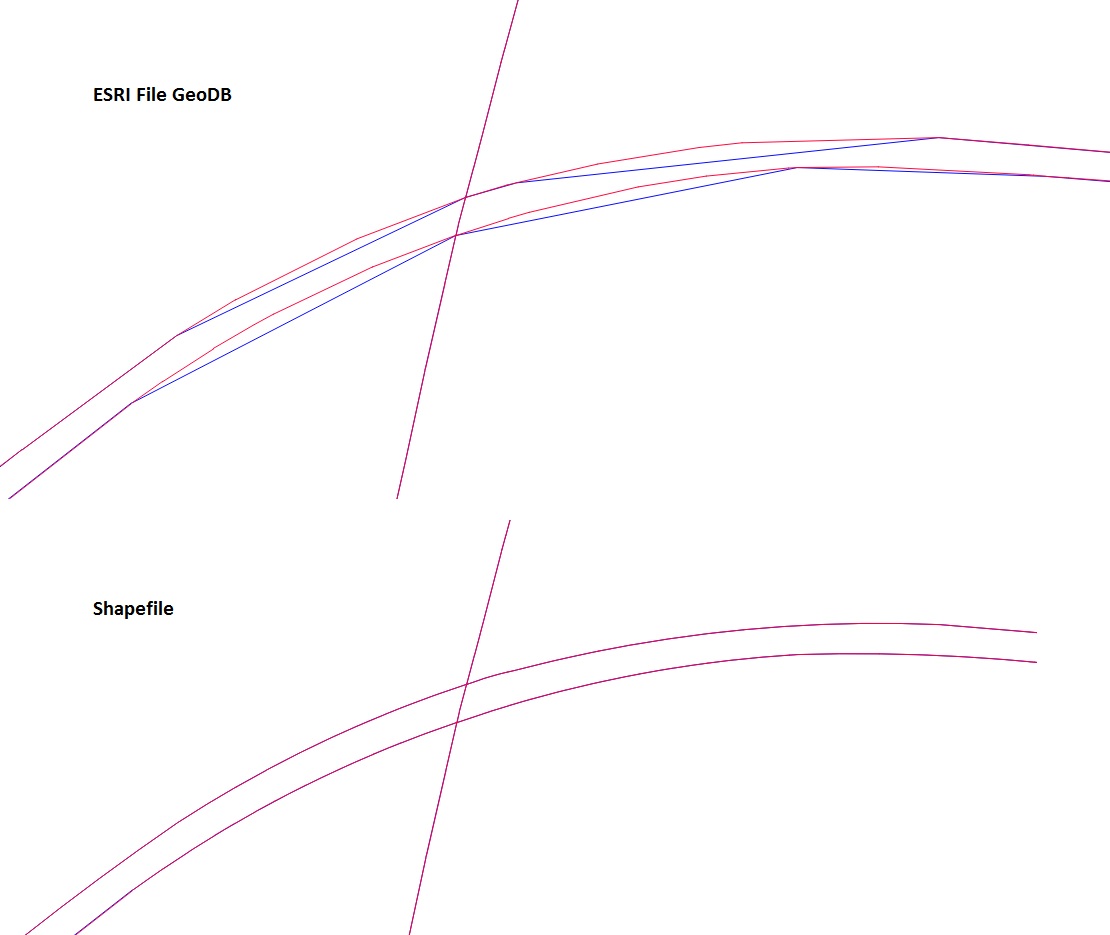 Those two geodatabases are separate datasets. Which makes you think that they should match vertex by vertex? What I think is more probable reason is that vectors really differ.

I converted both FileGDB files into shapefiles with ogr2ogr

This one shows data from LRS_Arcs.gdb

LRS_Arcs has longer linestings and less vertices. Most obvious answer is often the right one and geometries in those two datasets really differ. However, if you can proof that LRS_Arcs.gdb has more vertices when you open it with some other program you have probably found some odd bug from GDAL.

Not the answer you're looking for? Browse other questions tagged qgis file-geodatabase or ask your own question.