Scalebar gives error in measurement in Qgis: Different measurements of distance on OSM tiles and GoogleEarth

I've created a map of Bordeaux using the QGIS map compositor by following this procedure:

Is the QGIS scale bar in the print composer supposed to be only approximate? Anyone know if I'm doing something wrong? I don't believe the distance is long enough to worry about possible topography differences.

I've attached a screen shot to show the two measurements: 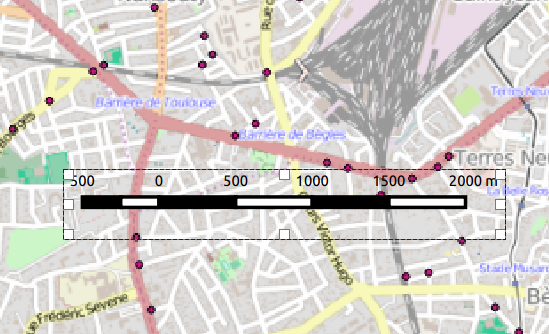 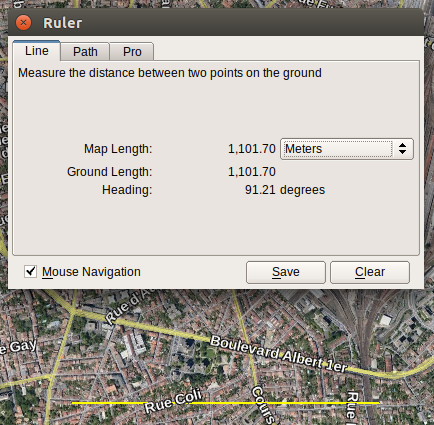 I've spent a lot of time for this question, since it dealt with a peculiar phenomenon. I guess the solution found in the projection. Attached is an ESRI resource dealing with a similar issue: Measuring distances and areas when your map uses the Mercator projection.

First, it should be said that OSM tiles plugin in QGIS, and other web mapping services, using web-mercator, such as Pseudo-WGS84. This was mainly aimed to enable an efficient display of maps online and in common viewable resolutions. That is that it isn't accurate for measurments.

Google Earth is using WGS84, which makes it more accurate - thus it is not that qgis or its scalebar are wrong, but that the use of a tile map, from which to create a scalebar is wrong.

You might also be interested in this thread from the forum, which deals wih both projections. EPSG 3857 or 4326 for GoogleMaps, OpenStreetMap and Leaflet

I seemed to be having this problem, but then discovered that the reason was that I had a second map included as an item in the Composer but with the tick-box empty so that it did not show. The scale bar was setting itself from this invisible second map, which had a different projection. Once I removed the second map from the Composer, everything worked correctly with the pseudo-Mercator projection. This need not be the explanation for your problem, but it may help others who are suffering similar symptoms

Not the answer you're looking for? Browse other questions tagged qgis print-composer wgs84 web-mercator scale-bar or ask your own question.

1
What do I need to change to get scale bar units other than degrees?
6
How to create high quality map with QGIS and Stamen tiles
3
Print Composer exporting different image with Thunderforest base map
2
How to lock the composer extent in QGIS?
2
QGIS 3 Scale Bar Should Print at 1" But Does Not