pic 1 shows the original feature class with the multiple lines. 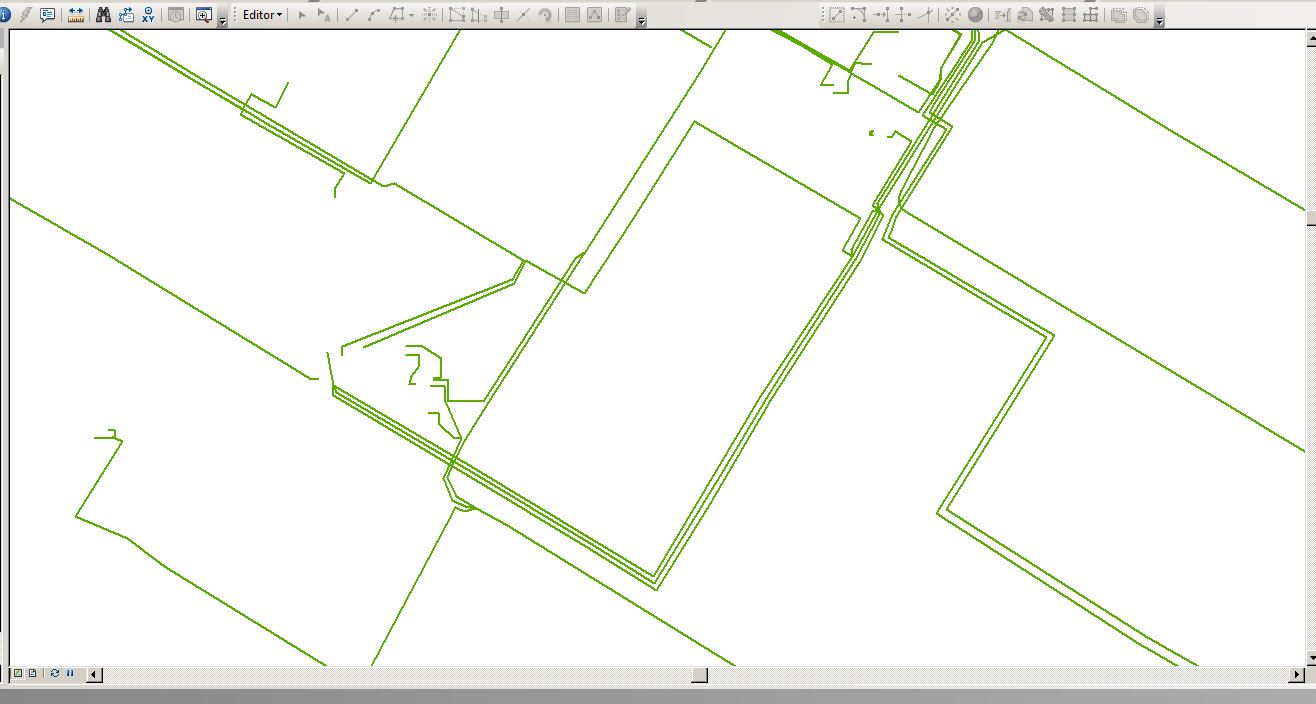 pic 2 shows the 10 ft buffer I created around the lines. Preferably, the lines that fall within a buffer would become a single line (route). 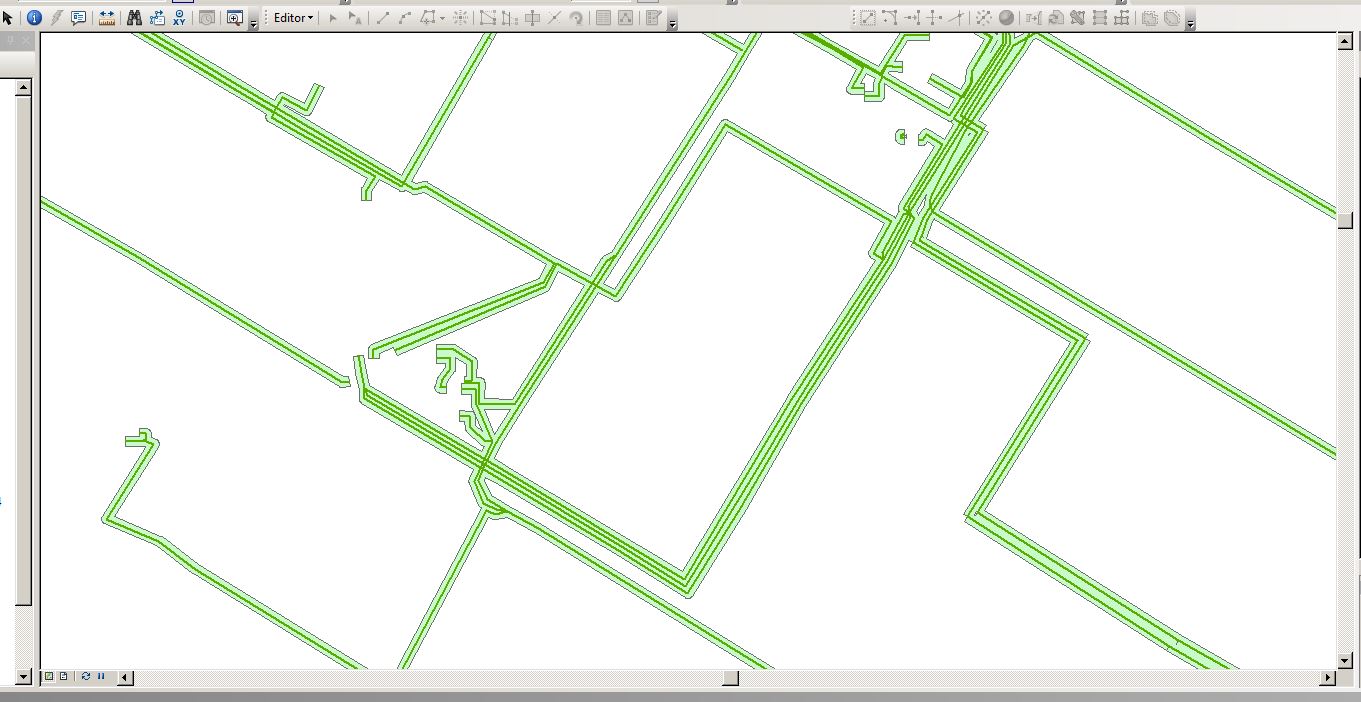 I've been working on this for several days, and so far none of the tools/methods I've used have yielded the appropriate results. I've tried dissolve, merge, and generalize. I tried creating a center-line from the buffers; that also didn't yield good results. Manual editing is out of the question as this is a network for the entire nation and it would take too long.

The best result so far I've gotten with a tool called Integrate. Even so, it's not completely accurate. (see pictures bellow) 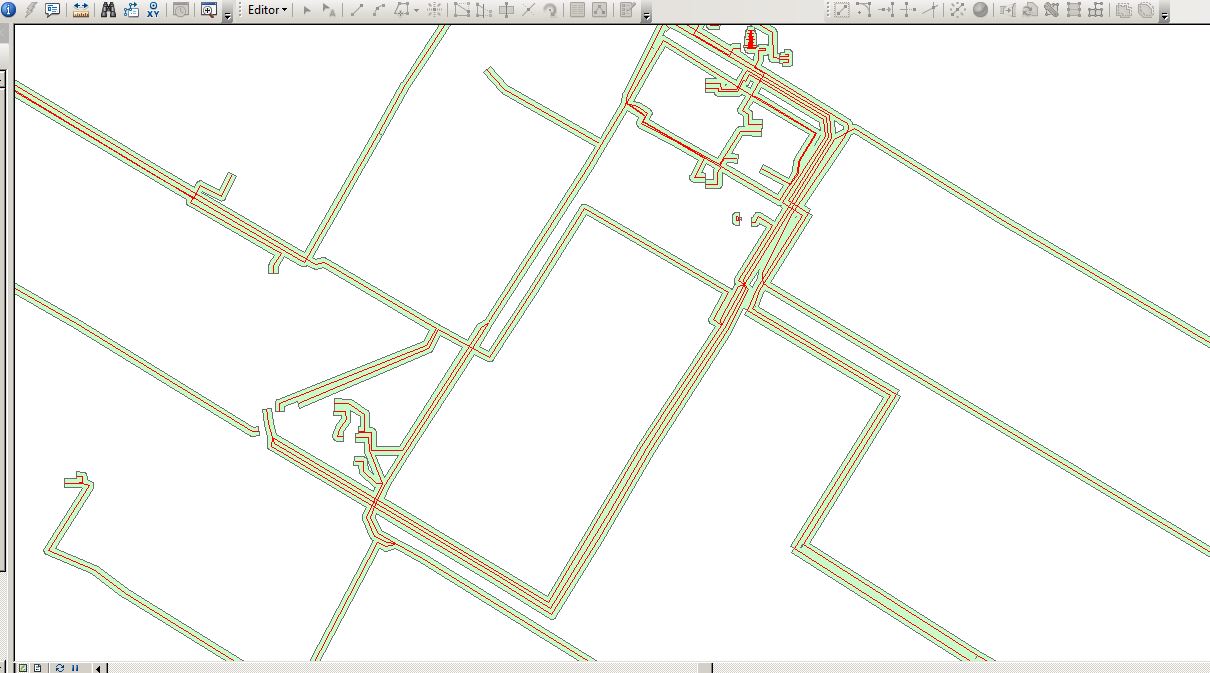 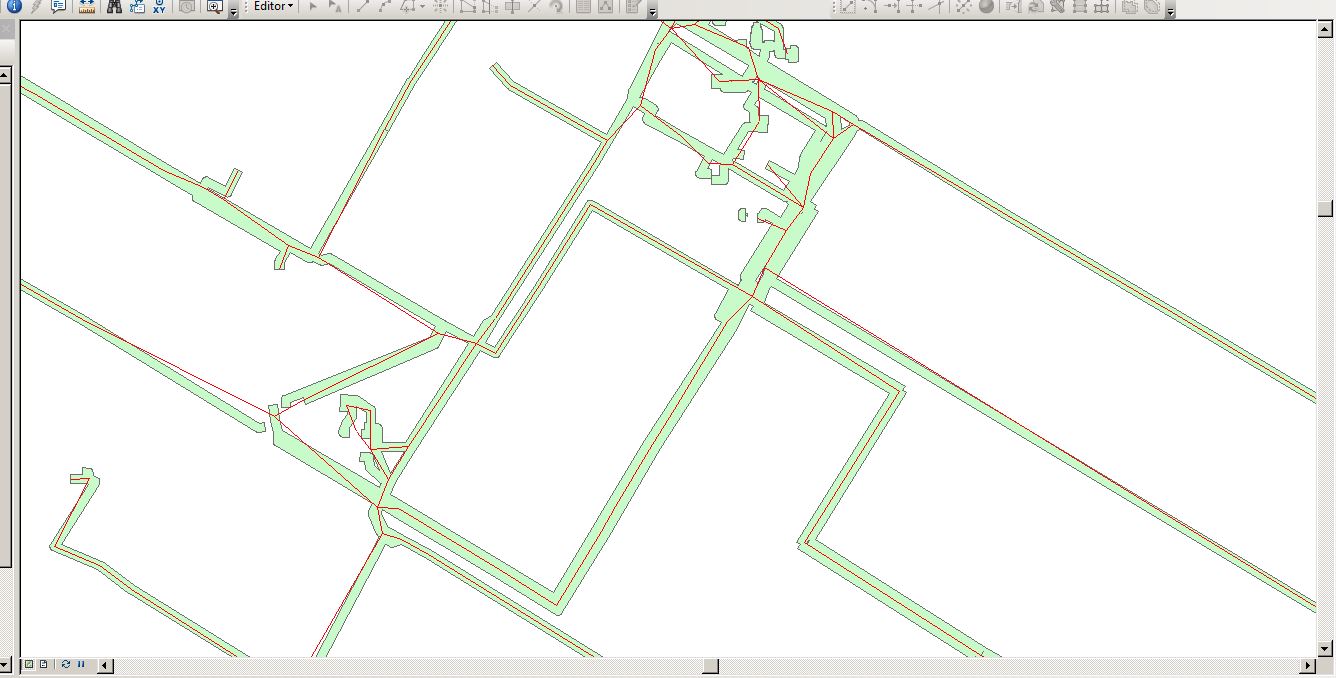 As you can see, much better! Many of the lines have been collapsed into a single line. However, it's still not as accurate as I would hope.

It requires and Advanced License (and according to the help 'with ArcInfo Workstation installed') but there is a tool called Collapse Dual Lines To Centerline in the Generalization tools that essentially does what you want. It does have similar issues in terms of complicated intersections (note the 'how it works' link at the top).

To some degree any automated tool is going to have issues like those shown in your screenshots because of the complex nature of intersections and dual carriageways and such.

Have the function take each node of the given line and compute the center of a tangent circle (90 degrees to left or right of the current bearing) and use the center of the circle as the node's parallel point.

After the function returns the new line, reverse order the the nodes of the returned parallel line if its drawn direction does not match the given line.

For street center lines, the original line must accommodate extensions to intersections.

Integrate tools can do this task. I tried it to make integration for OSM lines to get centerlines of streets

Not the answer you're looking for? Browse other questions tagged arcgis-desktop network simplify generalization or ask your own question.