Vectorizing from raster image with discontinuities or breaks in polygons?

I am new to this site, so I have explained much as i don't know proper terminology.

I am using ArcGIS Desktop 9.3, in which I am trying to create vector polygon shapefile. But the raster image i have is of low quality (means there are some breaks) which is creating problems in vectorization of polygons. I have tried "Raster to Polyline" (so that later it can be converted to polygon), "Raster to Polygon", also Using ArcScan tool (snapping to raster), still the lines are discontinuous, or in case of the polygon, they are mismatching.

So what i really want to know is, whether there is an option to extend or connect the nearby lines, so that the exact shape of the polygons is preserved for large number of polygons...?

In the image, you can see some gaps of which the vectorization is incomplete. My problem is to automatically connect those gaps, so that polygons are created. 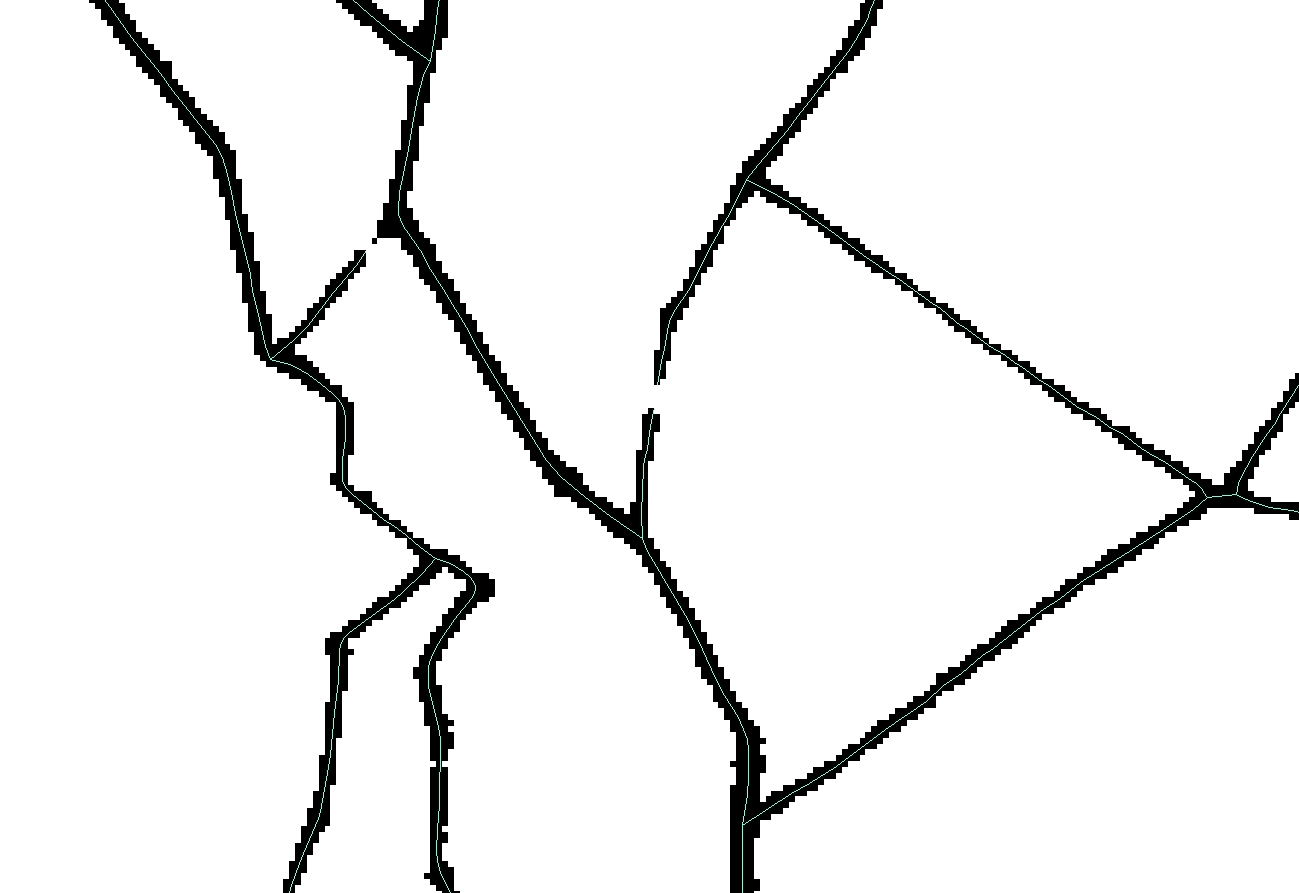 In ArcScan, (even with v9.3) there are a whole load of tolerances to fiddle with, including a "gap closure tolerance". Have you fiddled with these? See ArcScan - batch vectorization

In some cases you will have to resort to cleaning these gaps manually.

Have a look at generalization tools such as Expand, Shrink, Boundary Clean and Thin. A combination of these tools should help. For instance Expand followed by Thin in your case should join many of the gaps. What is achievable will depend on how poor your data are.

An alternative which could help if you are finding too frequent merger of small areas is to extract your lines and then set up topology so you can find dangling nodes. So you are fixing the vector data instead of the raster data.

Not the answer you're looking for? Browse other questions tagged arcgis-desktop arcgis-9.3 vectorization or ask your own question.