I suggest few modification to your model and it should work, but in general you are on the right way.

However, my model outputs many output, actually as much outputs as dealers in the input dealer layer. Thus merge can create one output layer from all (either using the suggested model as a nested model within an input and merge model, or trying writing in the input table, hopefuly it won't cause troubles).

The model provided in the image below:

I used copy feature to export the tmp layer, and used the %Value% variable within the output name string to mark it by the dealer ID.

The syntax of the SQL expression is showed in the image below (Make Feature Layer tool): 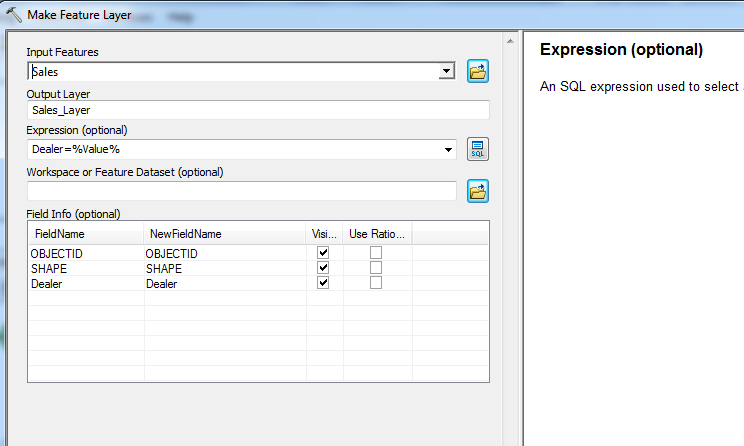 The result (an example for one of my two sales with distance from dealers outputs are shown below (note that the input layer: Sales is not being displayed and that the coordinates system is WGS 84, thus near distance is using DD) 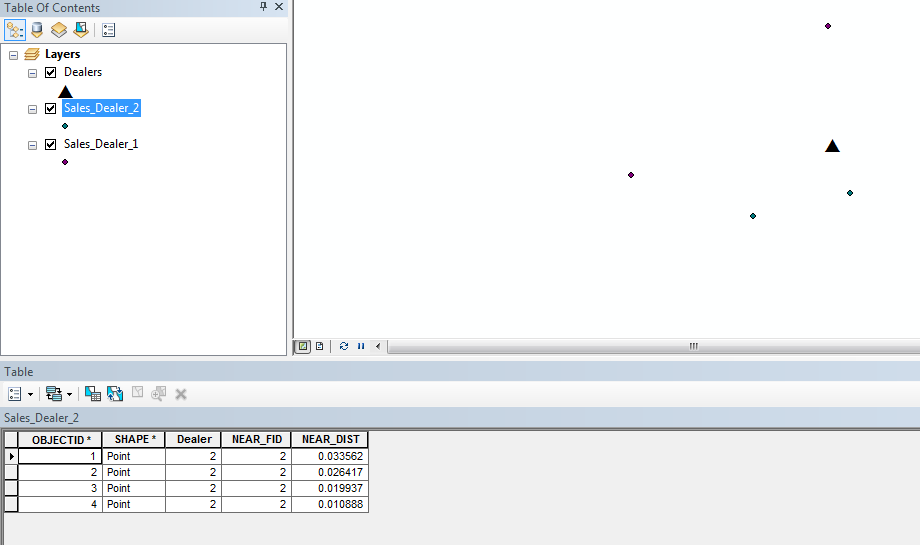 To make select attribute by iterator value you must wright by this is way:

Not the answer you're looking for? Browse other questions tagged arcgis-desktop arcmap modelbuilder sql iterator or ask your own question.