I have a model that makes a join, adds two fields, and calculates the fields, then uses Feature Class to Feature Class to create a new output. The new output is named "Permit." Once the output is created the fields are labeled "Permit_" + the field name (from source data). I want to exclude the layer name ("Permits_") from the fields, and only keep the field name from the source data. Any thoughts on how to do this? (I have to use Modelbuilder.)

I've traced back where the "Permit_" has been added to my field names. Prior to creating the join, I have a Make Feature Layer, called "Permits Layer". After this there is the join, the fields are then called "Permit.FieldName", this is carried to the final output. 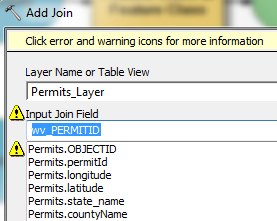 Image of my final output: 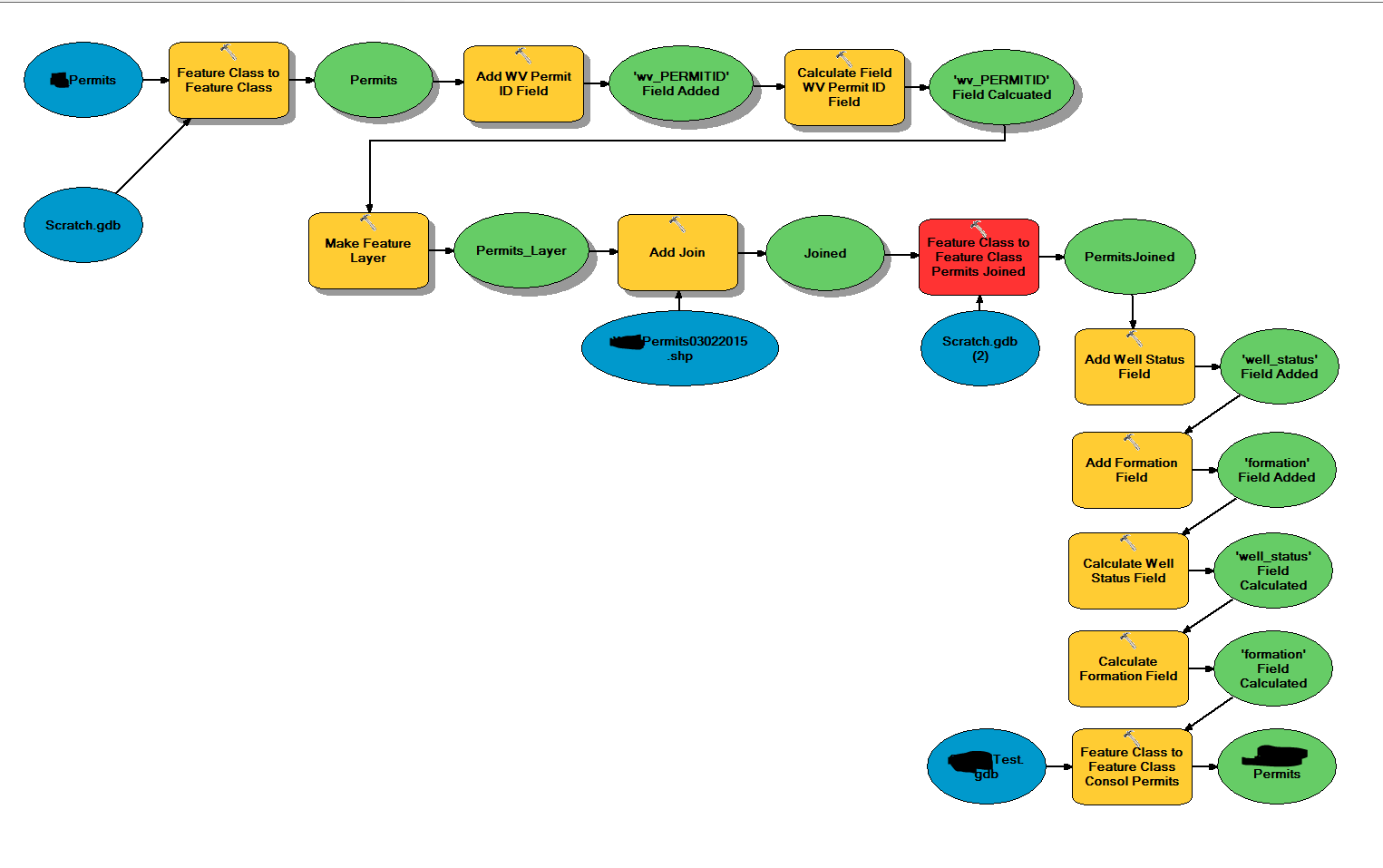 Think you have to modify the model environment variable for fields not to use qualified field names...I don't remember doing that in a model but in principle it is the equivalent of turning 'off' (setting to false) with arcpy.env.qualifiedFieldNames = False, see this:

Otherwise, you can incorporate a small script tool to run ParseFieldName on each of your fields (again, this is arcpy) and 'extract' the unqualified name, but this seems like overkill and needlessly complicates your model.

If you look at the help file for any tool, there is a section called Environments and this lists the environment settings that particular tool honours. Add Join honours "Qualified Field Names". So if you un-tick this then the table name should be dropped from the field name. I know that the Copy Features tool also honours this setting.

You should get into the habit of looking at this section of the help file as it can often explain why something does or does not happen.

Not the answer you're looking for? Browse other questions tagged arcgis-desktop arcgis-10.2 modelbuilder fields-attributes feature-class or ask your own question.