I'm currently working on a routing model for 17th and 18th century voyages. These routes are based on data from old shipping logbooks.

I made a separate layer in QGIS which contains point. I exported those points to a shape layer, converted them to a sql structure. I am following the pgRouting workshop, and I am currently trying to convert it to a network topology using the pgr_createTopology function.

However, at the moment I'm getting an error (false) and I am wondering whether this is point-model is the right way to approach it. Especially since the osm examples seem to use a closed model where every line is connected. 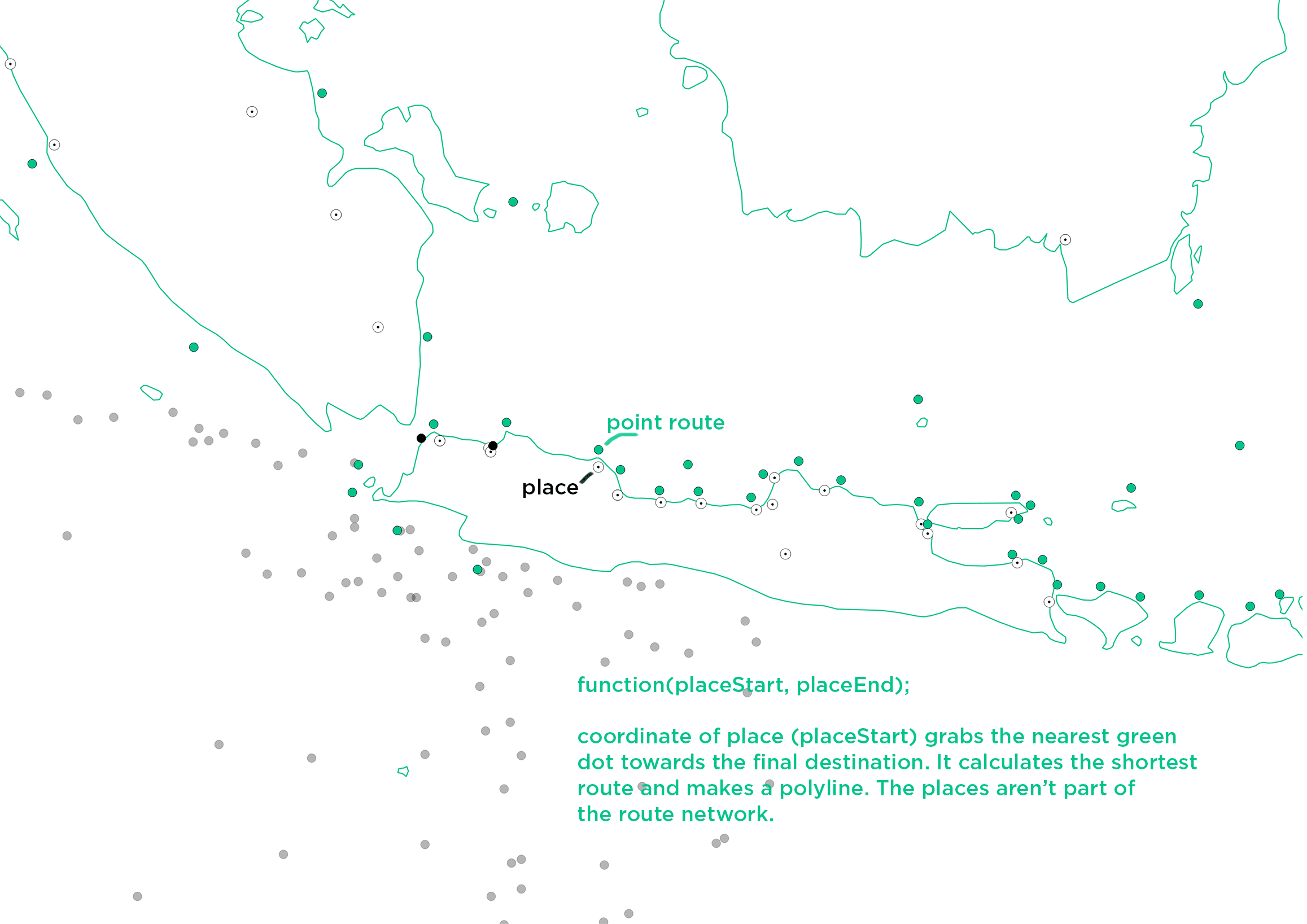 So this is basically what I'm looking for. I have a different network of places inside a table, and I have a table with the routes that are basically points. They do not overlap. By using a function I want to connect the points to the route and make a simple polyline. Apparently this isn't possible with pgrouting, but maybe it still is possible by just using postgis? I need the routes of 20 000 voyages, so the network doesn't need to contain more complicated stuff such as bidirectional. I do need this (for instance the Brouwer Route only goes from The Cape/Cape Town to Indonesia and not vice versa), but I could probably cheat this by making different networks and writing queries that specify different voyages.

Browse other questions tagged postgis postgresql pgrouting or ask your own question.

7
How do I get a route between two points using PgRouting with TIGER2010 Data
3
How to create a network from nodes and boundaries?
0
Using Point as the geom type in pgrouting?
1
pgrouting php problem “pg_fetch_result(): Unable to jump to row 0 on PostgreSQL result index 3”
1
pgRouting - calculating route from point to point
1
pgrouting Dijkstra: routing with non-vertex data
3
Drawing historical shipping routes?
1
Relate two tables based on geom
1
May I use OSM in pgRouting to determine TSP solution?
3
Multiple shortest paths with pgRouting using a list as a secondary table