Georeferencing/Spatial Adjusting of vector river dataset to DEM in ArcGIS

I have a huge dataset of vector river data (over 10'000 rivers) which are saved in a shapefile and were initially derived from a topographic map. However when comparing this vector to DEM data (SRTM 30 m data) there seems to be a irregular shift in data. River and DEM data are in the same coordinate system and projection and I don't exactly know why these shifts occur in the data.

What I did in ArcGIS 10.2 to compare the data: I created a hillshade and also I've created a flow accumulation raster to visualise the location of the rivers (see map below with DEM in background) 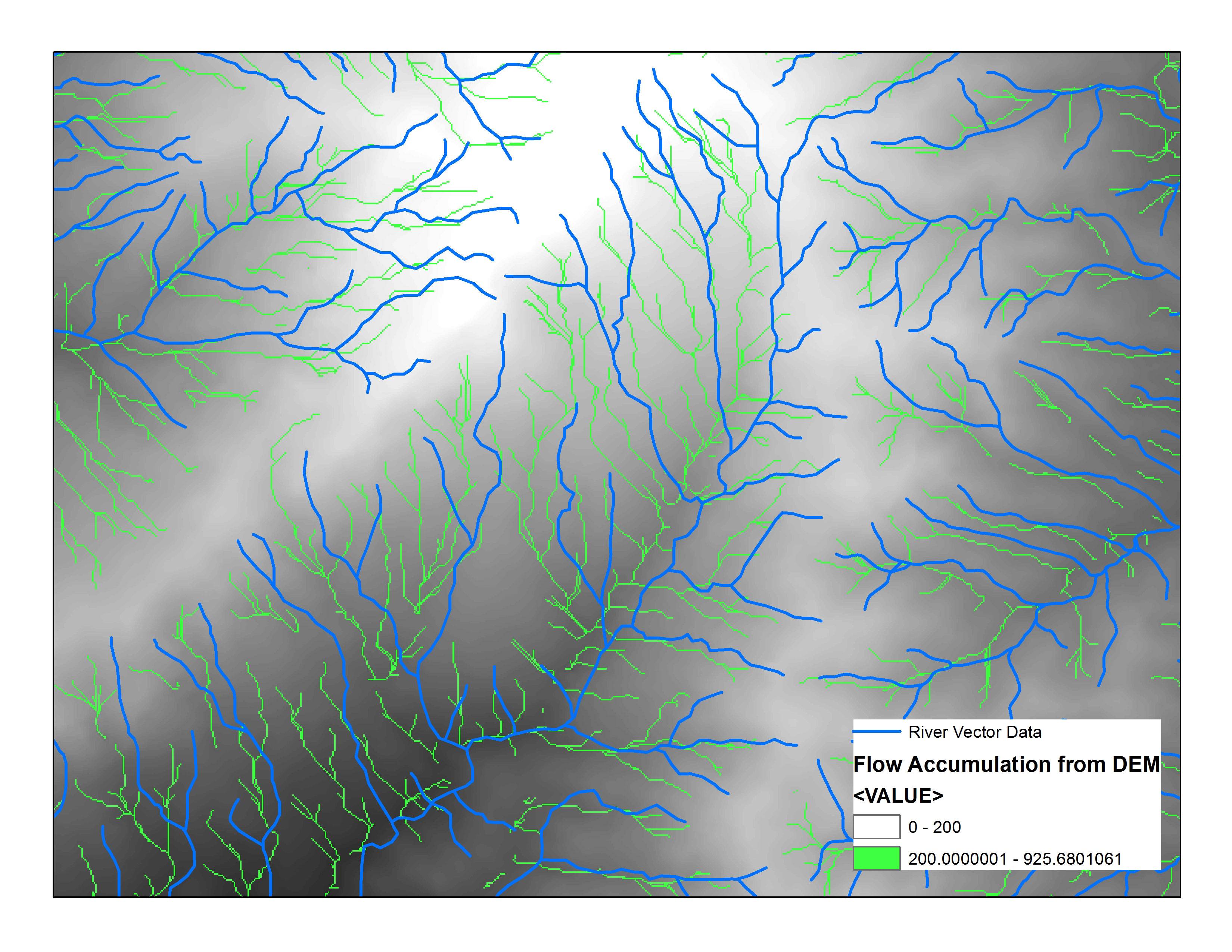 I've tried to adjust the rivers to the DEM manually using the Spatial Adjustment Toolbar (setting displacement links at nodes), however this task is quite time consuming and not very accurate.

Can anyone think of an easier more exact way (maybe automated way?) to do this kind of task, considering the huge amount of river data (over 10000 rivers!)?

If you suspect the vector streams are incorrect, I'd start by trying a different data source but often this is approached the other way by burning the streams into the DEM.

This will create a DEM with trenches dug into it +/- where the vector streams are located and should be useful for hydrologic analysis.

Not the answer you're looking for? Browse other questions tagged arcgis-desktop arcgis-10.2 vector georeferencing spatial-adjustment or ask your own question.