Getting incorrect slope values from an ASTER DEM in QGIS?

I have a DEM layer from ASTER satellite and I want to get the slope information from it.

I use terrain analysis > slope, but the output is so wrong. Why is that?

Here is the DEM: 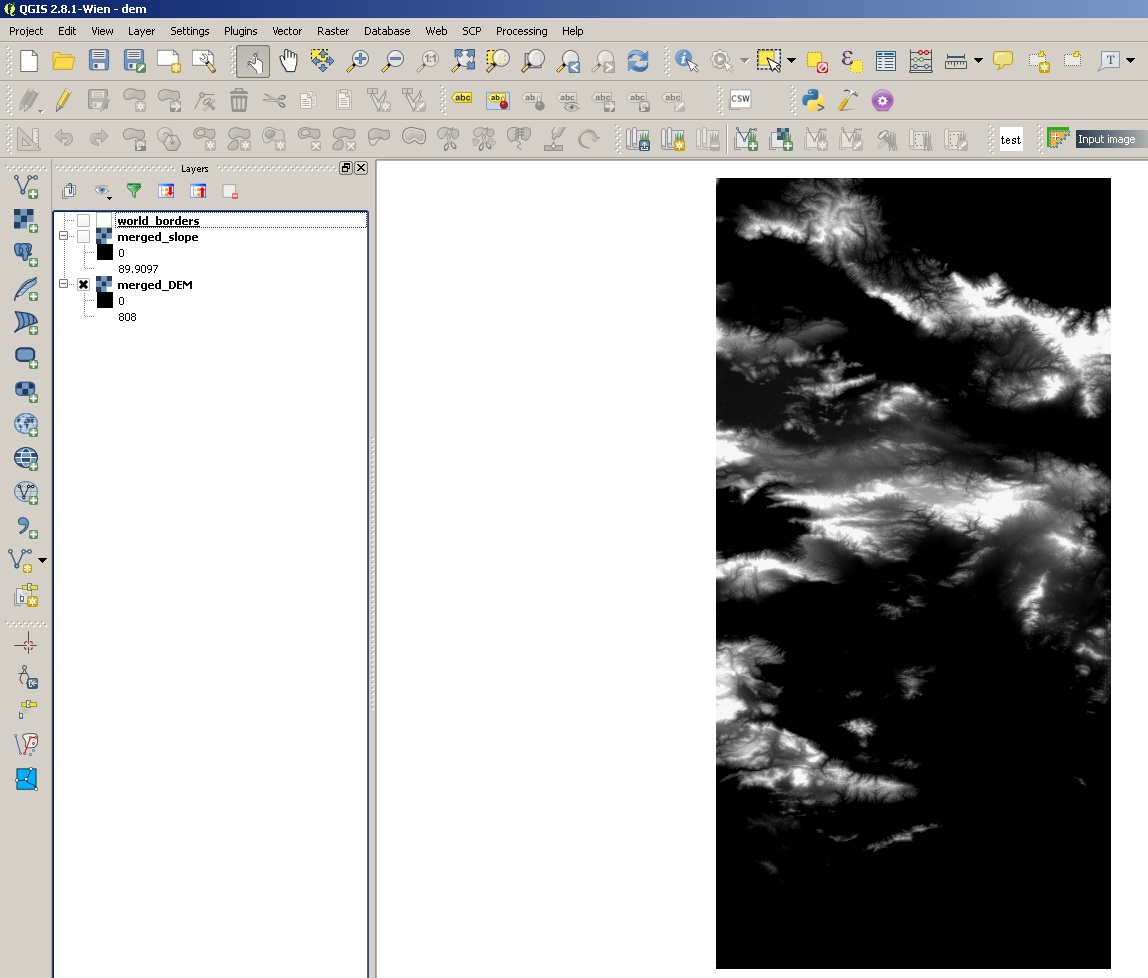 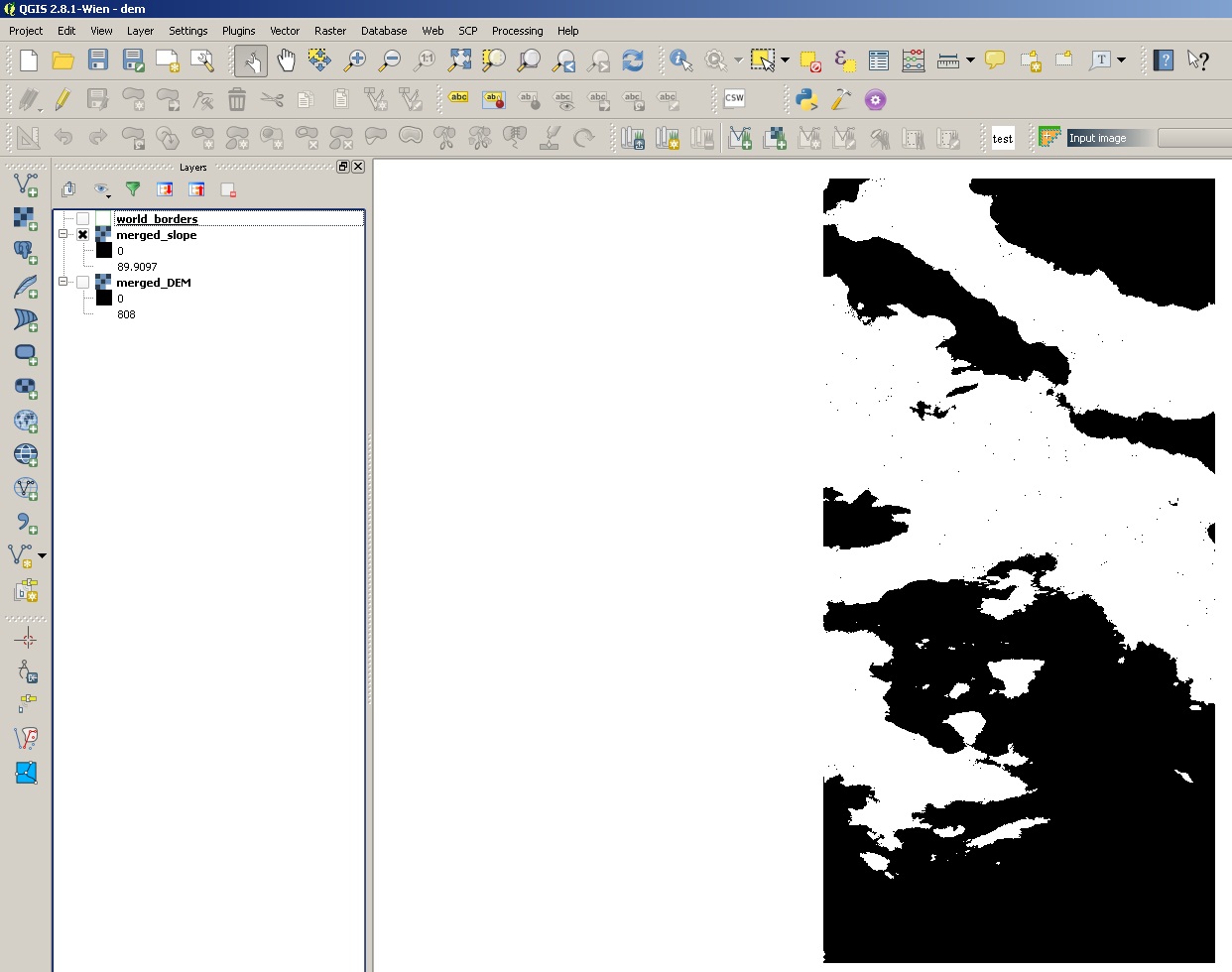 Aster DEMs are in EPSG 4326 (lat lon WGS84). According to the GDAL DEM documentation:

In this answer for a problem with hillshading (Scale and Z factor have no effect on hillshade analysis in QGIS) user @Luke provides a way to calculate the correct scale ("ratio of vertical to horizontal units") by multiplying the cosine of the latitude times 111320. The scale affects slope calculations. 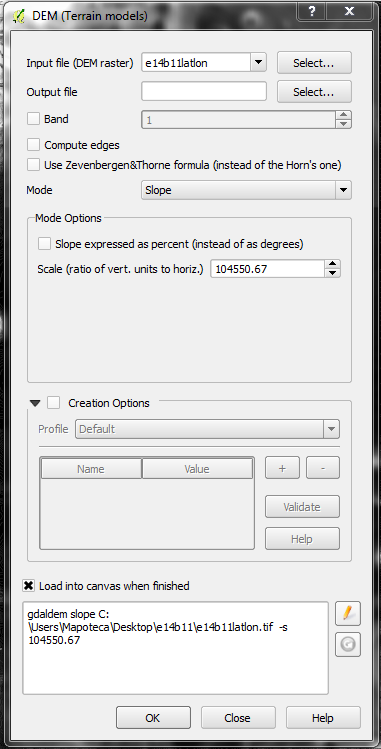 If you want to work with a DEM in a CRS that defines the measuring units of the coordinates and the elevations in meters you must reproject the DEM using raster/projections/warp (reproject). For example, reprojecting from EPSG 4326 (lat lon wgs84) to EPSG 32164 (UTM WGS84 14N). See below: 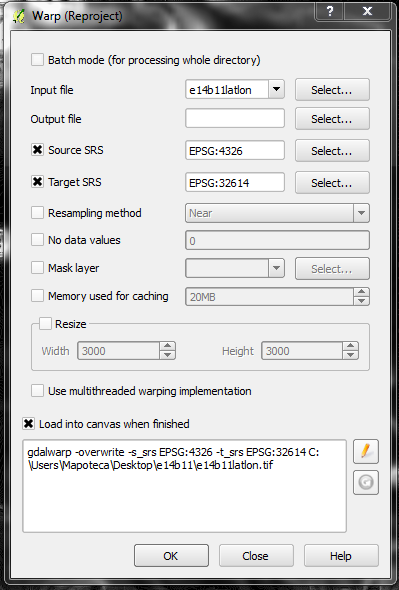 In this case, when calculating slope, the "ratio of vertical to horizontal units" (scale) would be set to 1.

Probably because the projection was not in meters. 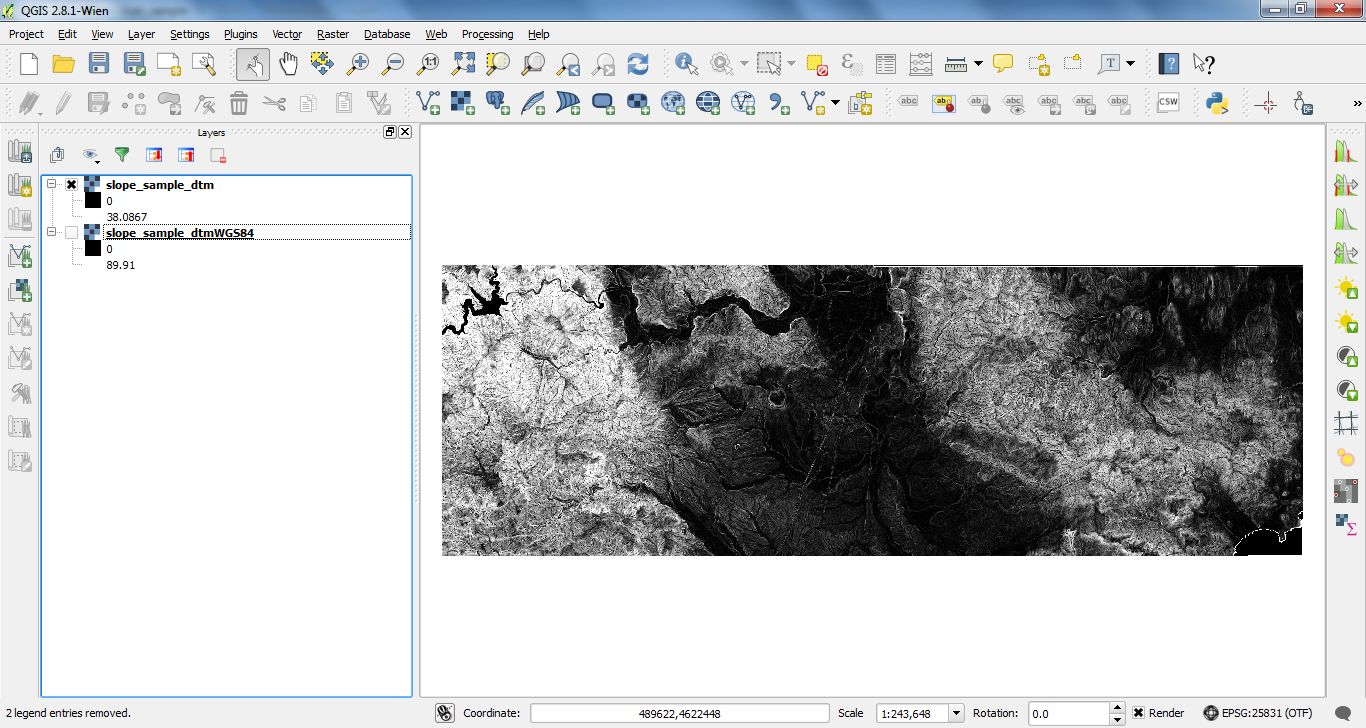 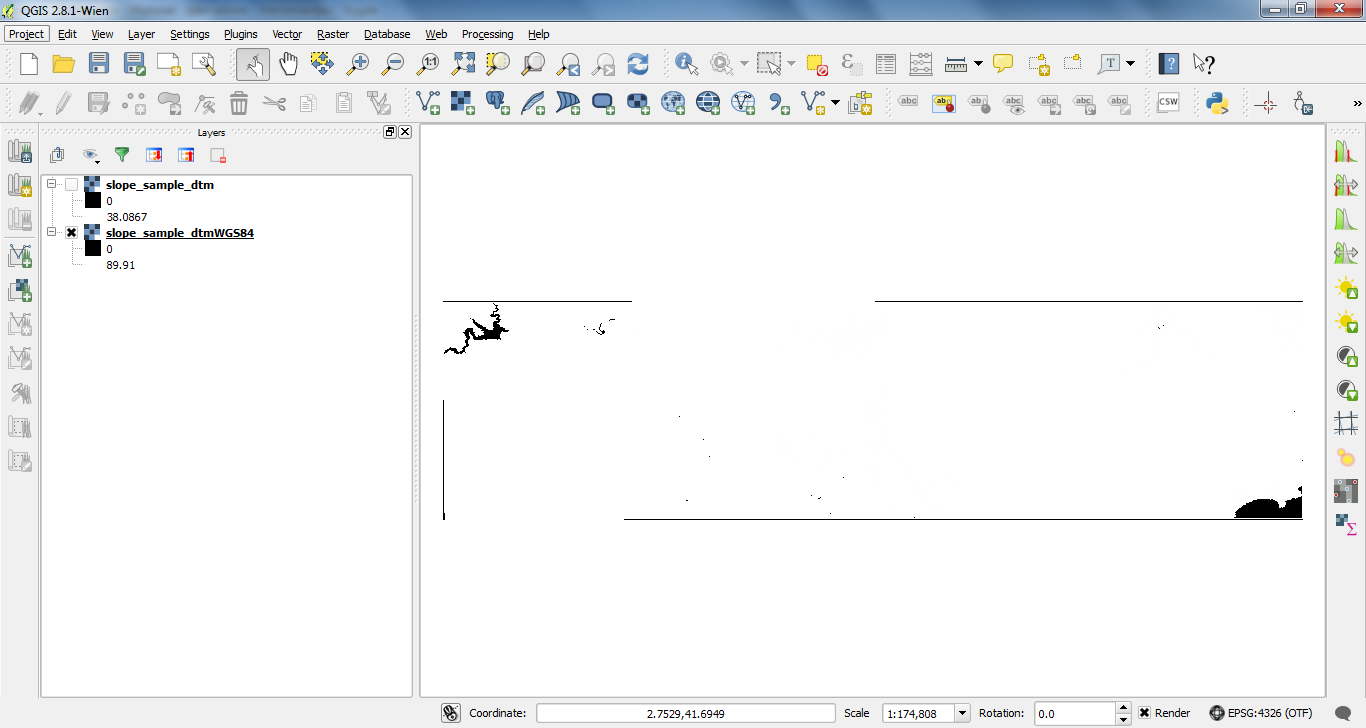 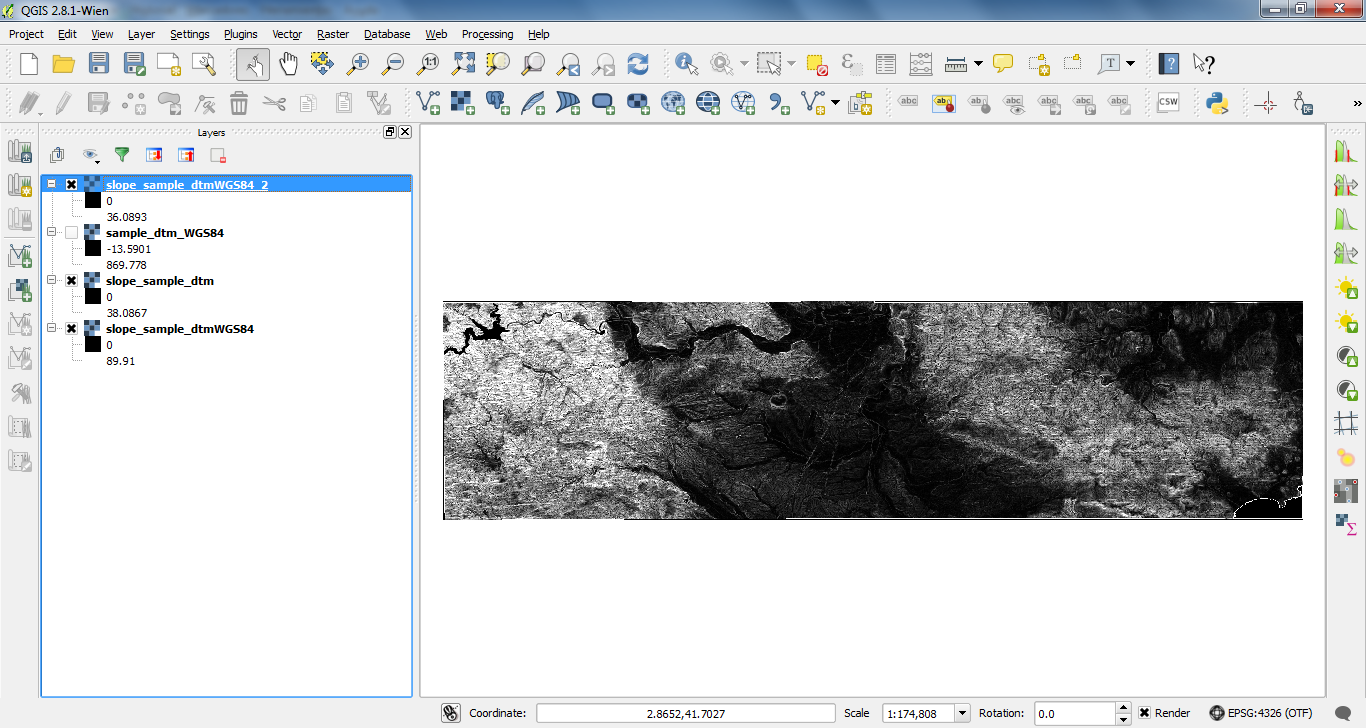 Not the answer you're looking for? Browse other questions tagged qgis coordinate-system dem slope aster or ask your own question.

1
Error when slope creating using ASTER 30m DEM
2
Reversed values from slope analysis of DEM in QGIS?
0
Slope is not consistent with the elevation of DEM and seems to be incorrect
1
Calculating Slope from DEM in QGIS