How to find intersections of lines less than 45° in FME

I'm trying to identify intersections of electrical transmission lines that are less than 45° in FME. While, in theory, this doesn't seem like such a daunting task, in practice, it's proving quite difficult.

I can easily determine intersection points using the Intersector Transformer. However, the problem I'm having is twofold:

What I really need is a way to identify "true" intersecting lines. That is, the lines actually cross paths and the angle of intersection is less than 45°. A valid intersection might look like this: 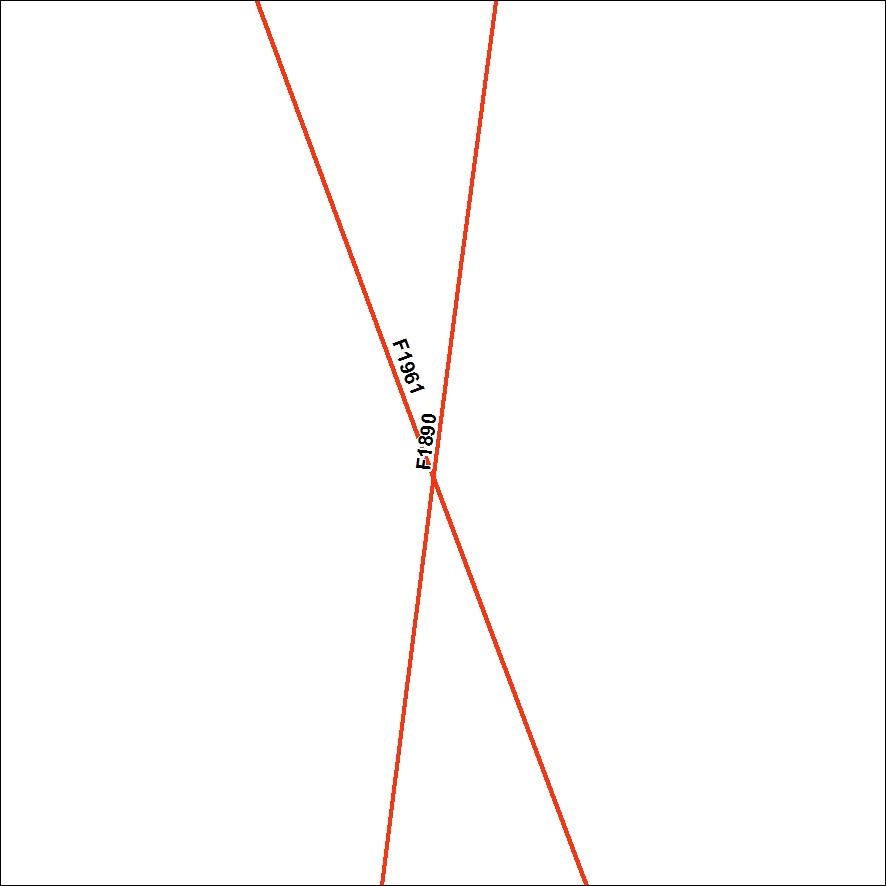 Other things to note:

PolylineAnalyzer (from the FME Store)

you can type 'PolylineAnalyzer' on the workbench worksheet and download from there.

Takes polylines and polygons and analyzes relationships between their components - vertices and segments. 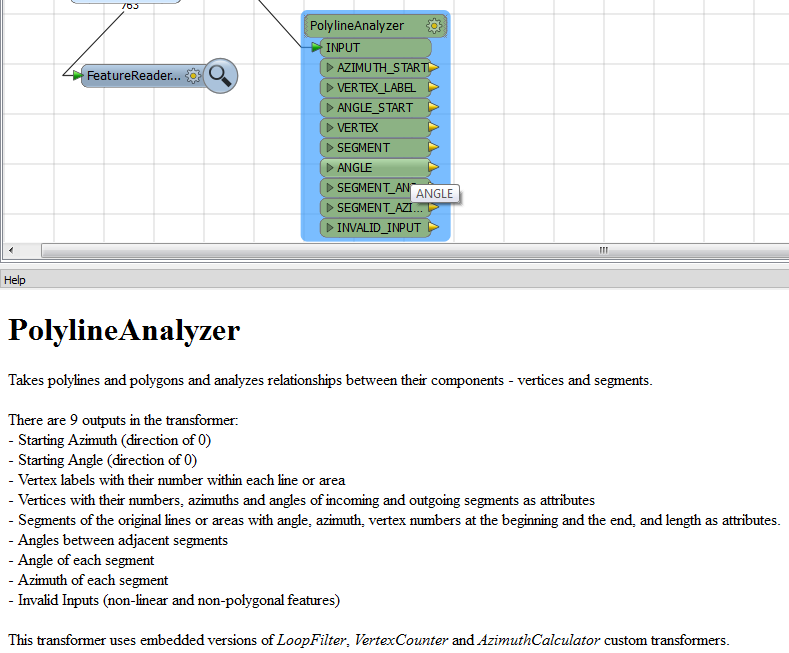 usage: You can work the angle out and then use a tester transformer for 45 degrees or less

Ok, I've figured this out. Steps are as follows:

Results are only 11 intersections points out of close to 15,000 which come out of the Intersector.

If the LineOnLineOverlayer (According to the help files) does indeed give a list of the lines associated with the intersection. You could get the line start and end vertices for each line (CoordinateExtractor) perhaps after clipping to a small area around the intersection.

Then it's into the 'ExpressionEvaluator' for some back to basics trigonometry to get your angles. You could also check that both lines have coordinates either side of the intersection coordinate.

I would have done this as a comment only but, I don't have any rep points...

Not the answer you're looking for? Browse other questions tagged intersection fme angles or ask your own question.