I am using ogr2ogr to reproject a shapefile. Here is what I have done.

Since B and C have same data and they are in same projection, I think they should completely overlap. However the do not. In the image bellow the Red one is A.shp and the other one is B.shp.

Is there a good reason why this can happen? This is happening to all the shapefiles not just this one. 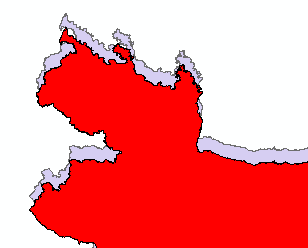 You might get a shift if the source CRS of the original shapefile is not given by an EPSG code, but a .prj file. These do not include datum sift parameters, and gdal tries to match the WKT information with its own EPSG database.

So I suggest to always add the -s_srs parameter for all ogr2ogr operations.

Not the answer you're looking for? Browse other questions tagged gdal coordinate-system ogr2ogr or ask your own question.

0
ogr2ogr - Looping through files in a folder on a Mac
0
Ogr2ogr trying to import and convert shapefile to EPSG:3857
1
GDAL -SQL or -where options
4
Reprojecting a shapefile with ogr2ogr when a line is crossing the international date meridian
5
On the fly reprojection in QGIS?
1
Reprojecting with ogr2ogr -t_srs does not write AUTHORITY nodes to .prj
2
data reprojection and the antimeridian
3
Google Earth Engine - Reprojecting Vector FeatureCollections
1
Recursively reproject shapefiles in folders and subfolders