There are a number of different compression options for exporting pdf files from ArcGIS (eg RLE, LZW, Deflate etc) but which is best for exporting raster topographic basemaps?

Generally such maps will have quite a lot of white space, along with areas of even tone (eg lakes, forests). I'm looking for guidance on what settings work well for folks - clearly I'm trying to minimise file size whilst preserving quality.

I've had reasonable luck with the 'adaptive' compression method, but relying on trial and error is quite difficult because there are a few parameters to play with: resolution, output image quality, and compression-specific quality as well.

Considering the fact that you are exporting some raster data as well; the best technique, IMHO, is to NOT use the ArcGIS PDF exporter at all but rather export to a high resolution TIFF instead and then convert the tiff using Adobe Acrobat Pro renderer to PDF. (Important note: this only works well with TIFF) You can tweak the rendering options in Adobe if need be but you will get the best and most importantly the smallest result (in file size) using this workaround. Adobe Acrobat works best, other 3rd party PDF makers are not as good; I've tested a few with mixed results; either the resulting PDF was larger, or appeared more down-sampled or the on-screen viewer rendering was subpar. Adobe is not cheap but there is simply no comparison when it comes to accurate conversion and on-screen display. The PDF exporter in ESRI works reasonably well for exporting vector maps with no transparencies. Personally, I would not recommend the PDF exporter for complex maps, maps with transparencies and maps containing rasters. I've been suggesting this technique to people from time to time but received a lot of negative rap for it being a bit of a hack, requiring the purchase of additional software, etc, etc. but I have not found anything better to date. I email and distribute a lot of complex maps (by a lot i mean 1000s) and I need my output to be high resolution and small in file size and this is what works for me.

I run a small test exporting a simple tabloid sized map with imagery, some vector layers and some annotations using both PDF and the TIFF technique described herein. 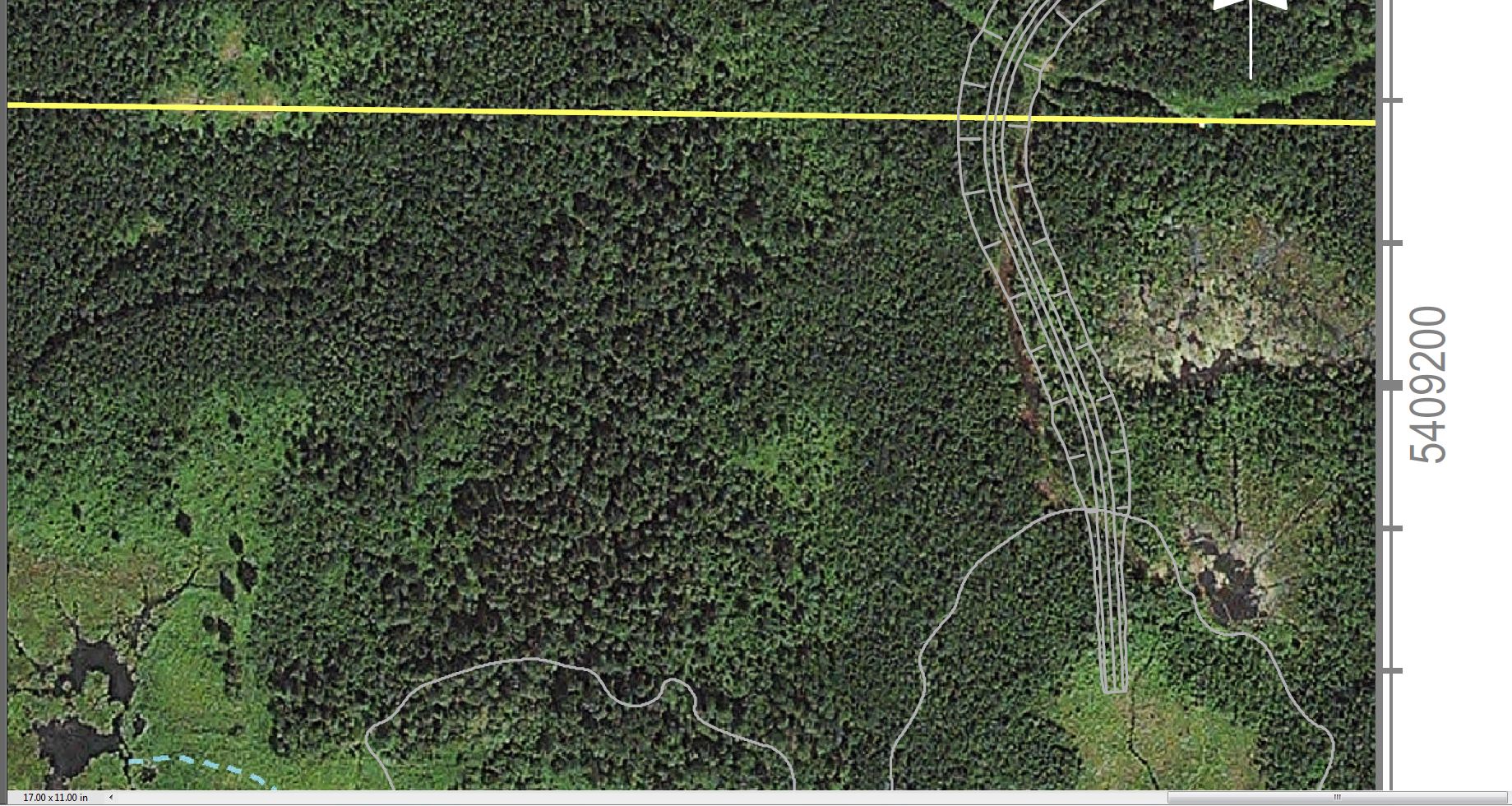 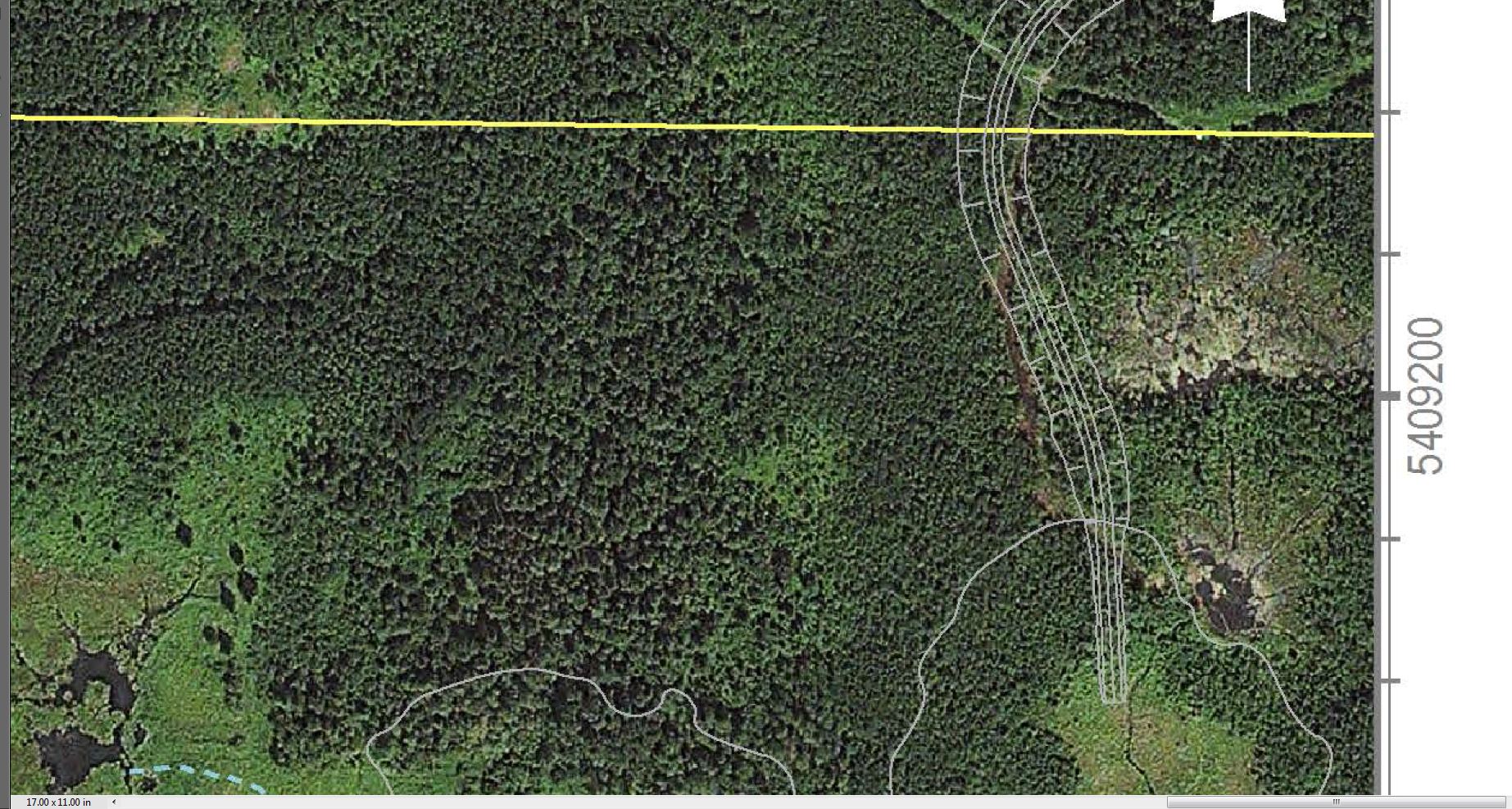 Conclusion: Clearly, the PDF exporter result shows cleaner line work because features on top of raster were converted to vector graphics. However, there is no difference in the quality of the raster. Also the result magnification is 400% so the differences are not noticeable when viewed at 100% or when printed. Personally I prefer the smaller file for emailing and distribution but may choose the PDF exporter file for press.

Things get a little more complicated as the complexity of the map increases. Any vector layer bellow a raster layer will be rasterized when the ArcGIS PDF Exporter is used. Any layer below a layer that has a transparency other than 0% will be rasterized as well so as complexity of the map increases so does the ability of the PDF exporter to utilize vectors. Additionally, the actual renderer itself produces files that are far larger then those exported to tiff then subsequently converted to PDF in Adobe. At some point the ArcGIS exporter produces files so large and complex, they become unusable as most users will not even be able to open them or if only vectors are used, the file will take a very long time to draw.

For example, I run the same test on a map that is more complex, a more typical representative of the daily work I do. This map has 3 annotation layers containing a total of 60 label classes, about 30 vector layers (some of them transparent), label masks, and a single relief raster layer positioned above several vector layers. The map size is 34”x44”.

Using the same parameters above, the PDF Exporter produced a file that was 57.4MB and which I was unable to open because it caused my 32GB RAM-64-bit OS-Xeon processor-solid state HD workstation to run out of memory whereas the TIFF technique produced a 16MB file that opens without any issues on any machine. I also know I can push the export to 600 or even 700 DPI and still be able to convert this to PDF and plot it without any issues.

Not the answer you're looking for? Browse other questions tagged arcgis-desktop export pdf or ask your own question.