I'm using Ordinary Kriging to interpolate a set of spatial data. I'm working on different sets which represent different days of measurement. I get good results, apart from one specific set. Will post some examples: 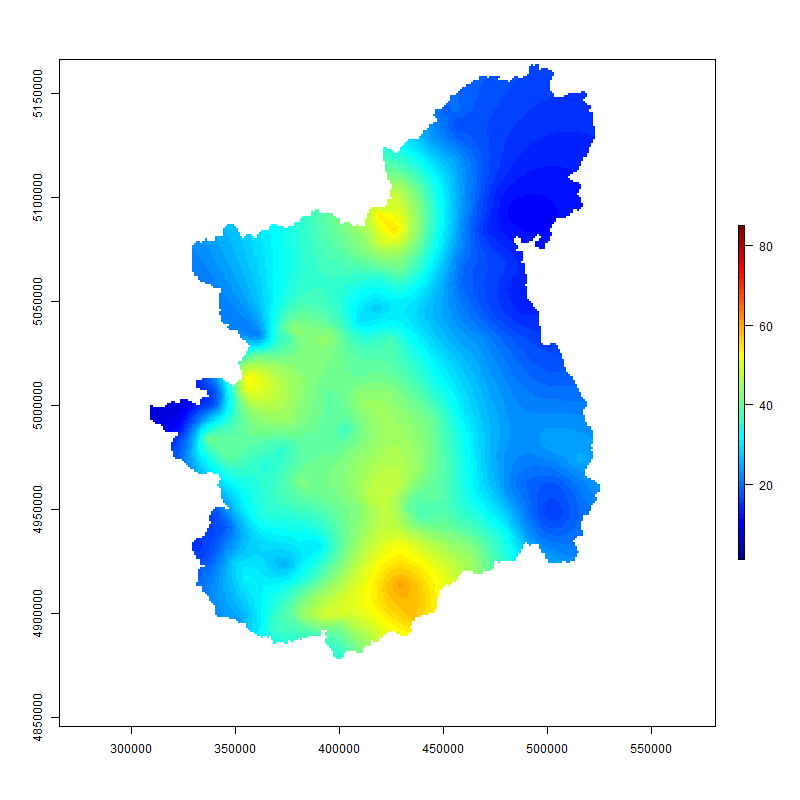 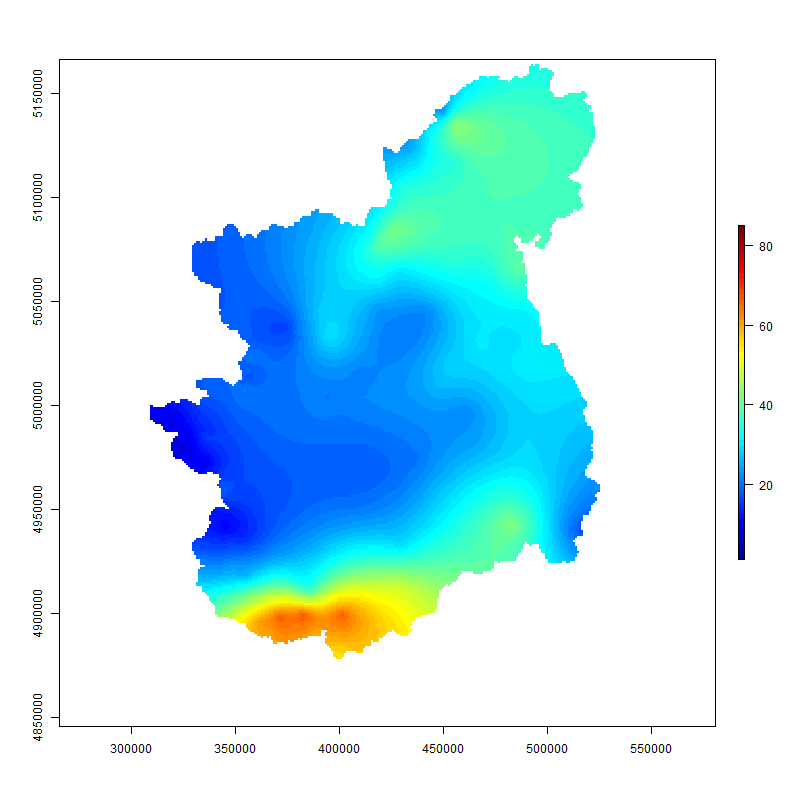 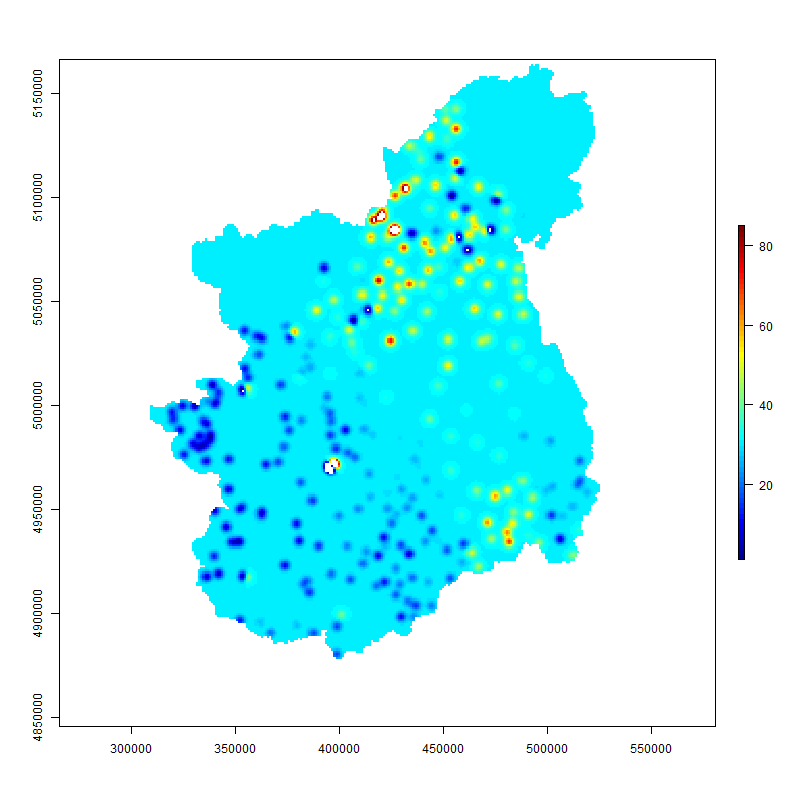 What might be causing this behaviour? Why is it going light-blue on almost all the map, without spatially expanding lows and highs (which are pretty clustered!)? What parameters should I fix, or what could be the dataset error behind?

I see a pretty evident pattern, in that values tend to get high in the top-right corner, but it is not reflected by the interpolating surface.

There could be some bug in my code, but as said, it goes well for all other sets except this one. I've tried applying different variograms but the results is still silly. On the other hand, other algorithms (e.g. inverse distance) do not show any issue.

I'm using R, but could switch to GIS if needed. For R folks, I'm just calling:

from the automap package.

I uploaded a working case and the problematic one (hopefully).

r interpolation kriging
Share
Improve this question
edited May 18 '15 at 18:34

In a nutshell, the problem lies in a mismatch between data behavior and some (strong) assumptions you are implicitly making.

The strongest of these is that the data are one realization of a second-order stationary process. They clearly are not, as you can tell by comparing the region near (450000, 5075000) in the upper "neck" (which I will call "Region X") to other regions within the map. In all other regions, the neighbors of any data support tend to have comparable values. In Region X, however, there are many wild swings between high and low values over short distances. (This is a manifestation of a strong change in the second-order structure.) These swings will inflate the estimates of semivariance at short lags, causing the automatic variogram estimator to infer that the range is short. This range is unlikely to be any greater than a typical distance between an upper and lower extreme point. It is approximately the radius of the colored dots appearing in the map.

One property of Ordinary Kriging is that when all sample points are beyond the range of the variogram, its estimate will be the neighborhood mean. Evidently you have used a fairly large neighborhood--perhaps the entire dataset. This results in many of the kriged values equaling the dataset mean, shown in cyan. The kriged values will vary from this only at grid cells within the range of a data point.

In addition, somehow the automatic fit included almost no nugget effect. This probably was due to mixing in the contributions from the rest of the dataset, where spatial variation is locally small and smooth looking. In particular, there are clusters of tightly spaced points (such as those along the middle left boundary) that would steer the variogram down towards zero at short lags. The absence of any appreciable nugget effect forces the kriged surface to pass through the data points.

These two characteristics of the variogram--short range and small or nonexistent nugget--cause the acned, multiple-bull's-eye pattern to emerge, since the kriged values must change smoothly from the cyan background to each data value within very short distances of each data support.

If you were to change the variogram parameters, then you would wind up smoothing over the variation in Region X. This would hide the interesting and possibly important change of data behavior in Region X.

A more sophisticated approach might combine some of the following elements:

With the limited information available, it would be irresponsible to recommend any particular course of action, since it would depend on why you are kriging, what the data represent, and how you intend to interpret the maps.

You said you used "R" but R is not a geostatistical program, it is more like a programming language. However there are geostatistical "packages" in R, e.g. gstat. Which package did you use?

Side notes 1. The smoothing spline can be replicated by using cokriging, Ordinary kriging & universal kriging are equivalent to Radial Basis function interpolation and interpolation with a spline is a special case of RBF

Not the answer you're looking for? Browse other questions tagged r interpolation kriging or ask your own question.