Using Select by Location and Select by Attributes in single ModelBuilder model?

I'm working on a project involving wind turbines. I'm using ArcMap 10.2 and ModelBuilder to count the number of wind turbines within a 5km buffer zone of a given project (let's call it Project A), and then remove the turbines associated with Project A so I just have the "foreign" turbines within the buffer (e.g., those not associated with the project which establishes the median center of the buffer).

The image below shows a simple example involving just two projects, but I've got 58 different projects I need to analyze, some of which overlap with multiple wind farms which is why I am attempting to use ModelBuilder to automate the process.

The script does what I need when I step through the components individually (see figure below), but when I run the last process, it just returns an empty result.

I'm pasting the manual steps I'm trying to replicate in ModelBuilder below. I have a feeling I'm overlooking something obvious, but despite a lot of tweaking I can't figure it out. 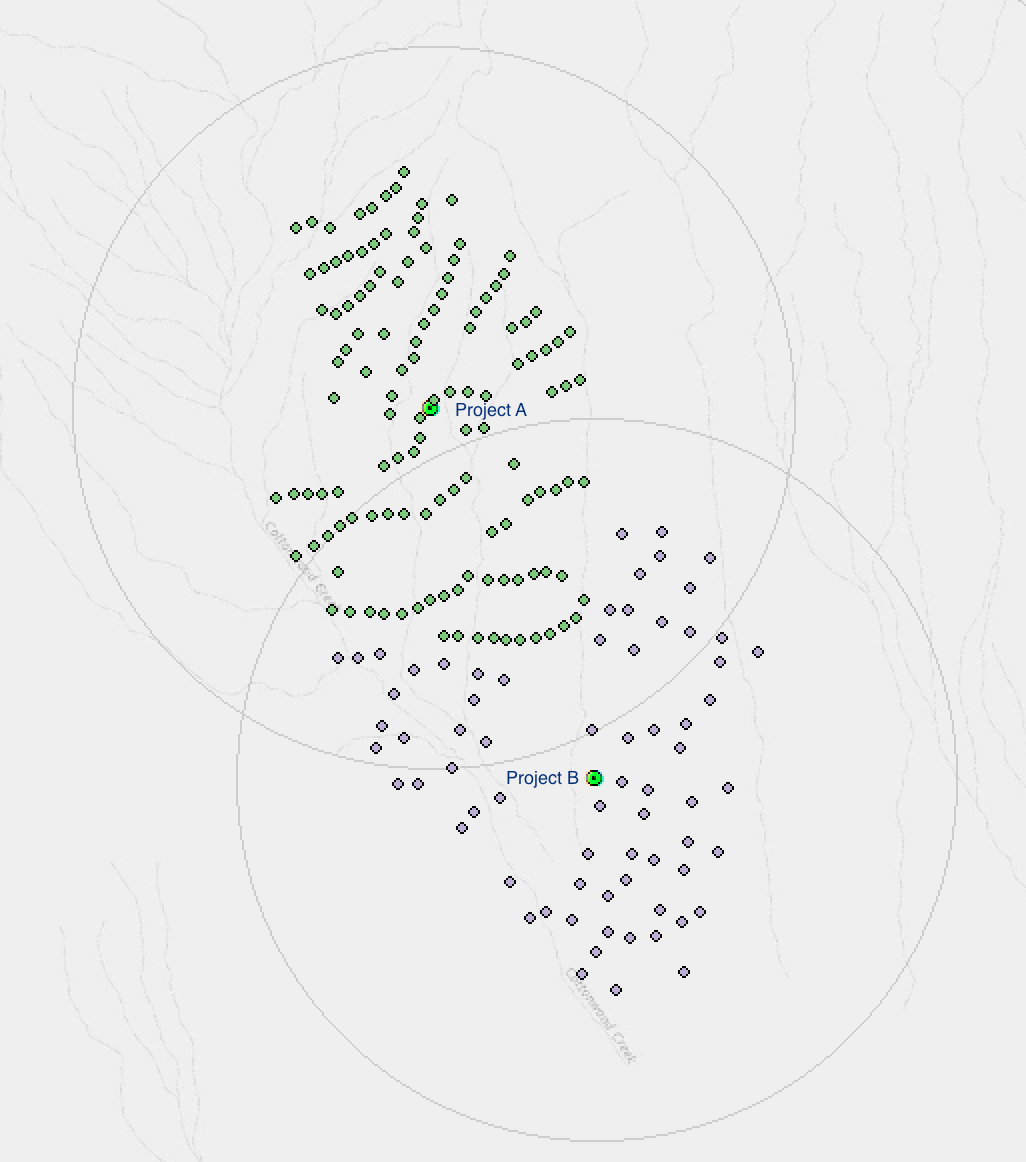 You're using the selection tools incorrectly. Specifically, you're running two side by side and then adding a third when you just need two chained together. The output of your select by location should feed into your select by attributes. The current active selection is a single thing, so first you select within your buffer, then from that selection you remove the ones meeting the attribute criteria.

See Select by Attribute within a specific area (using Select by Location?) for more details/info.

Not the answer you're looking for? Browse other questions tagged arcgis-desktop arcgis-10.2 modelbuilder select-by-attribute select-by-location or ask your own question.

7
Select by Attribute within a specific area (using Select by Location?)