Skipping an iteration in modelbuilder

So I've been assigned to clean up someone else's model.

Here's the situation. The model is supposed to iterate over a few hundred folders containing feature classes and convert the contents into shapefiles. The model fails if a file called "arc" does not exist in the folder, so I need to write some python to check if it is there, and if it does not, then skip the current iteration and continue onto the next folder.

My problem is that with the way modelbuilder is set up, there is no way to skip an iteration within an iterator tool. Any ideas? I'm halfway thinking of just rewriting the whole tool in python.

Here's a screenshot of the iterator 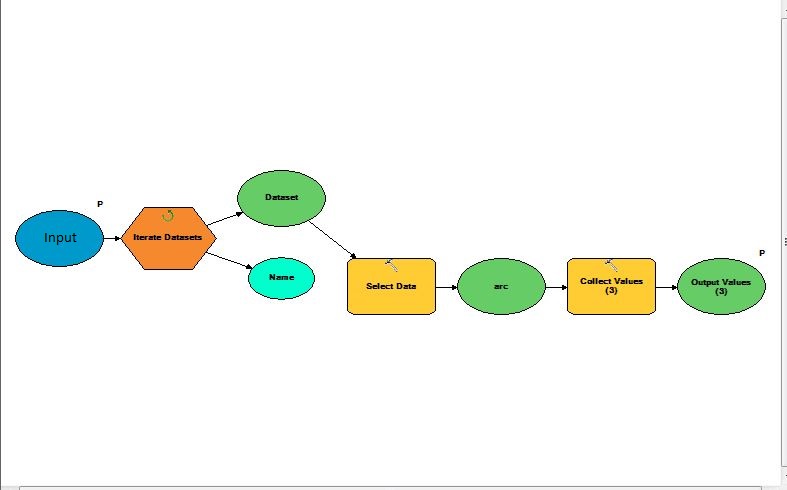 I would've just commented but my rep is too low.

As Stimson has suggested, go Python. I would think that a simple if statement with the conversion process nested inside of it would work. So:

Ok folks, I figured it out.

First, the problem was not that some file called 'arc' was missing. The problem was that the select data tool would put an empty folder in the 'Output Values' list that would then cause problems in the Featureclass to Shapefile conversion tool as it was trying to convert null values. As was suggested throughout this thread, I coded a solution in python encapsulating both the data selection and conversion processes.

So in the end, my code just goes through everything and creates a shapefile on a file-by-file basis rather than storing them in a list structure and iterating through them later.

This is how I would do it in model builder:

The Master model calls the sub-model but this has a precondition on it which is the calculate tool. This has a tiny piece of python code to test if the input geodatabase has a feature class called arc. You could adapt this for folders. 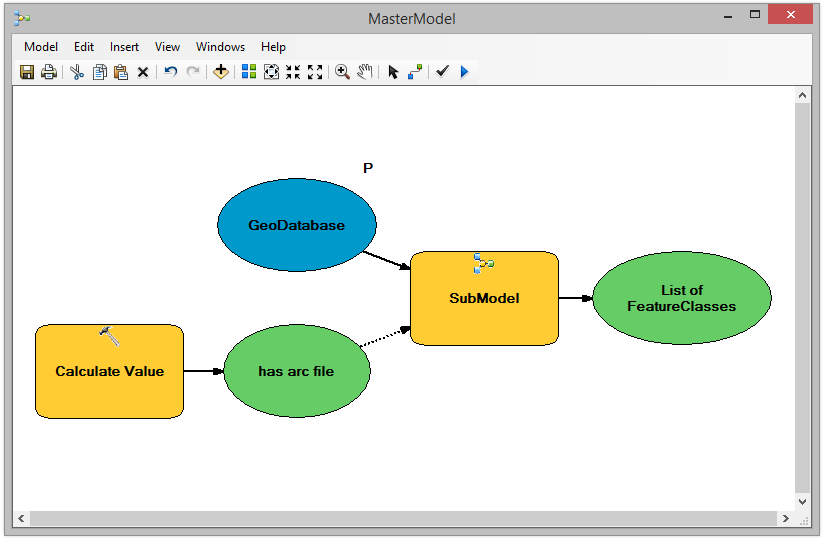 The calculate value tool is set up as below, note how the GeoDatabase element of the model is passed into the isOK function using inline substitution: 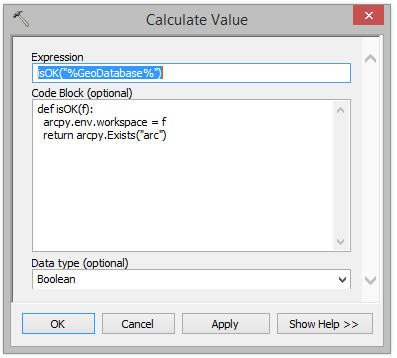 Alternatively you could write all this as python as suggested by others.

Not the answer you're looking for? Browse other questions tagged arcpy modelbuilder or ask your own question.