Which one is called inset map in this?

I am confused as to which one is technically the inset figure in the below map. I know an inset map is one which has more detail. 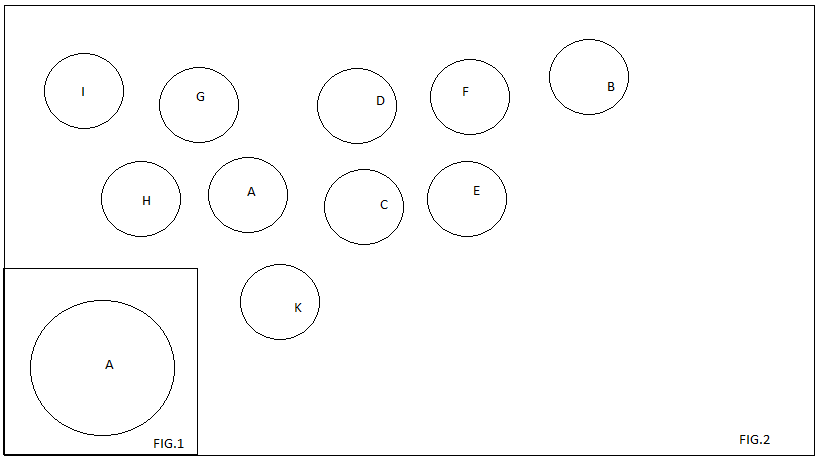 But in this case which one is referred to as an inset map conceptually?

cartography terminology
Share
Improve this question
edited May 25 '15 at 18:52

Figure 1 is the inset map.

An inset is always smaller than the primary map. Inset refers (somewhat obliquely) to a position within the page layout. It is typically completely within (ie set within = inset) the primary map, however it can be partially overlapping or completely outside but still on the same page/layout. If it were on another page/layout (ie, opposite side of a foldout map or other page in book form) it might be referred to as an inset but would more properly be called a detail map. Smaller maps on the same page can also be referred to as detail (larger scale than primary) or overview (smaller scale than primary) maps.

What is shown by the inset is irrelevant, because the term refers to the element itself - not the contents. An inset map does not necessarily show more detail. If you just switched the contents of the two figures, Figure 1 would still be an inset but at that point would be referred to as an overview map rather than a detail map. An inset at the same scale as the primary map can also be used to show areas that are separated by some distance from the area covered by the primary map; for example United States plus an inset of Alaska and Hawaii, as Random832 suggests.

Figure 2 would never be considered an inset map.

It already shows up in the Related Questions section, but just to link it a highly related question is How to produce a better inset map? Also, Farid has already linked to the Esri definition. Some other references:

Based on ESRI GIS Dictionary,an inset map is:

A small map set within a larger map. An inset map might show a detailed part of the map at a larger scale, or the extent of the existing map drawn at a smaller scale within the context of a larger area.

According to this definition inset map is the map with smaller scale (FIG.1)

Not the answer you're looking for? Browse other questions tagged cartography terminology or ask your own question.

22
How to produce a better inset map in ArcMap?

22
How to produce a better inset map in ArcMap?
6
What are the background/geography and foreground/data parts of a map called?
4
Creating small globe locator map in QGIS?
4
Which projection is being used in this figure?
3
What Type of map is this?
0
How do I get my Data Driven Pages Inset Map to center the grid featured?
8
Overlap map and frame in QGIS print composer
4
How to name this sort of edge?