Updating polygon with attribute from ALL intersecting polylines in ArcGIS for Desktop?

I have a polyline layer with road information such as the road it beings from and the road it ends at. Some of these are digitised incorrectly and I am trying to pull out the road name (or unique ID so I can look up road names later) of all roads that intersect a buffer of both the start and end node of the line. 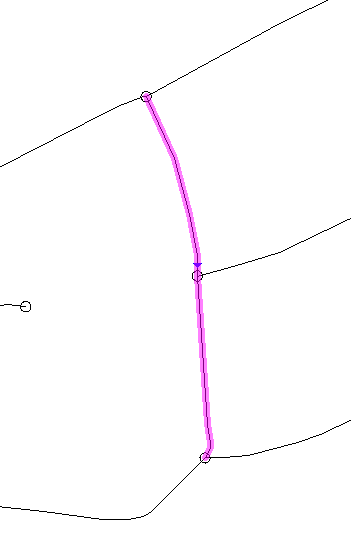 The above highlighted polyline has two (including itself) sections intersecting the buffers at both the start and the end. Some will have >1 section (excluding itself) intersecting. Each polyline has a unique ID and I would like to update a field within the buffer to include all unique IDs intesecting it (followed by a unique character such as a "_" so I can later delimit it).

Is this possible within ArcGIS for Desktop?

Use Spatial Join with the One-To-One option. Right click the ID field to change the set up of the field map by choosing Properties, then use a Join Merge Rule on the unique ID field and change its type to Text with 255 characters and set a delimiter character up in the Join Rule. This will do exactly what you want.

Not the answer you're looking for? Browse other questions tagged arcgis-desktop buffer line update or ask your own question.