I have created a grid of width 67.056 and height 60.3504 making the boundary mark as a template extent. But its straight grid while i want its to rotate around -1.3 degree. Till here the size of the grid is appropriate but manual rotating through EDIT tool changes the area after three decimal places. Also guide me the Y-Axis coordinates using real world coordinate NOT those elaborated by ESRI as i m unable to understand it. The origin coordinate are 692989.52,3374721.27. 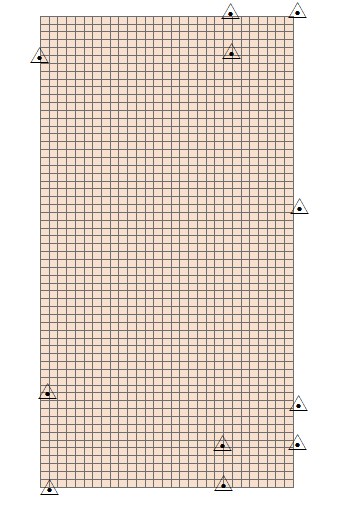 As Vince said initially, the default XY tolerance for a new UTM based feature class is 0.001. That means any points closer than that would be considered the same point. Rotating by 1.3 degrees is a fairly small amount, so the coordinates of your grid corners are probably going to fall on values that would be more precise than 0.001 units. That, combined with loss of precision in storage as discussed by Vince in his answer at Is scientific notation in ASCII grid files non-standard?, is what accounts for your area change (and your grid isn't perfectly square anymore either).

As an example, I created a fishnet of 100 x 100 cells and manually rotated it considerably more than 1.3 degrees. I will mention this was done in state plane, with feet, and an XY tolerance of 0.00328. Before I did so I calc'd an area column, then a new one after (both Double fields). You can see before rotation they were all the same even area, but after they're a complete mix/jumble of areas (as well as lengths). And if you look carefully at the grid, you'll note not everything is at 90 degrees anymore either. 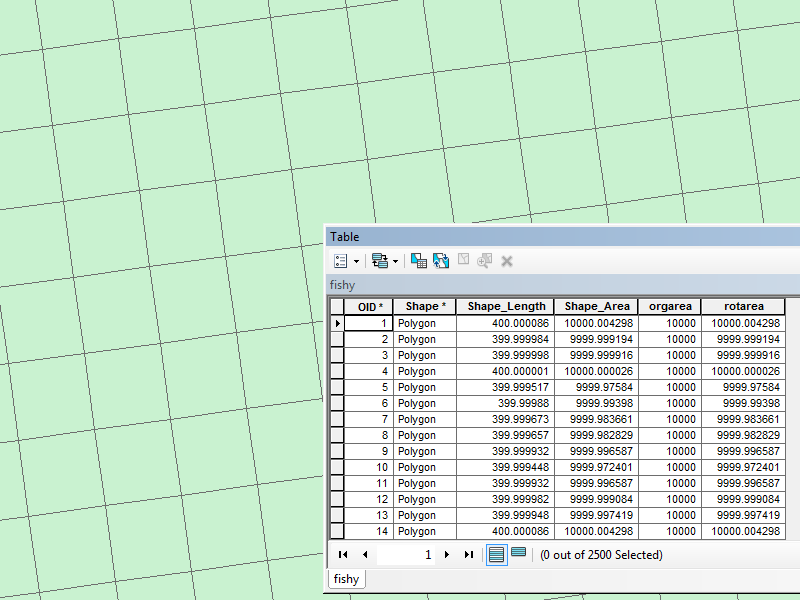 But you'll also notice that if the values were rounded to two or even three decimal places, they'd be the same. This gets people into trouble with CAD and GIS - just because the computer gives you nine decimal places doesn't really mean that extra precision is at all accurate. I'm guilty of this myself, because I'll report areas to the 5th decimal (at client request) even though I know they're only accurate out to at most three.

As for your Y axis formula question, the formula is given both in my answer at the linked question and was taken from that Esri help file: tan (angle) = x coord / y coord. You have an origin point already. You need another point that is on a line passing through the origin at -1.3 degrees. You can solve that formula for either x or y, it doesn't matter. To get the one you don't solve for, you just pick an arbitrary modification to your origin coordinate. 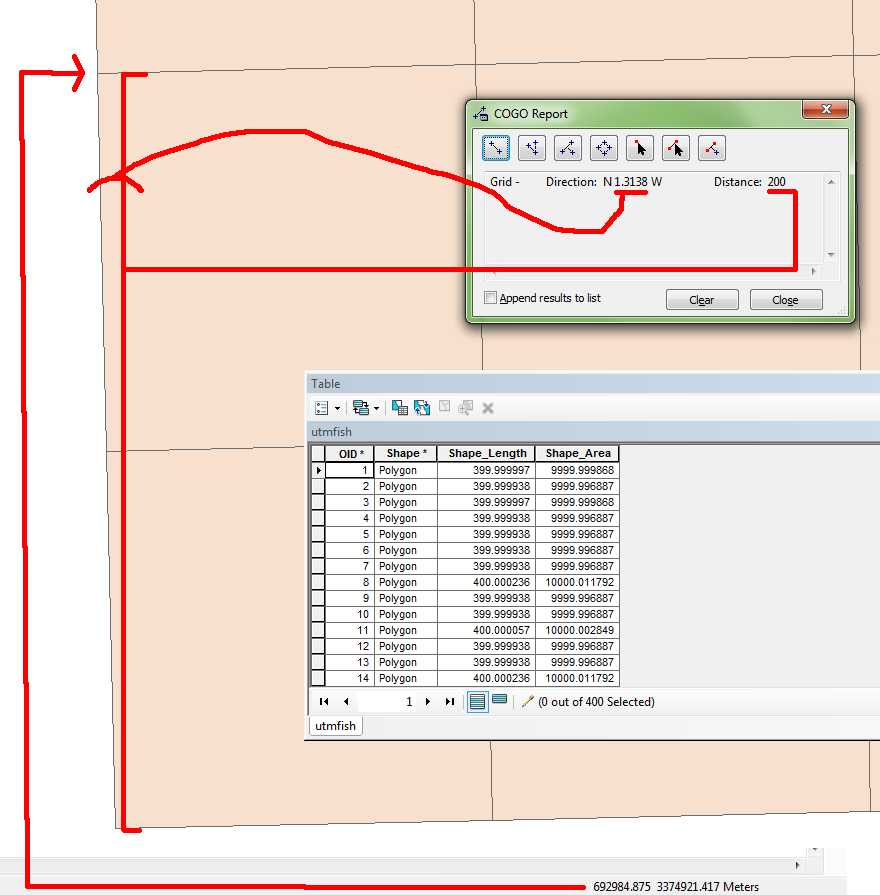 The coordinate display in the lower right is based on cursor location, so I couldn't quite get the values to match the point I was snapping to, but you'll note they're pretty close to the math above. You can see in the screenshot that even if you create the fishnet with the rotation, instead of rotating it after, you're still going to have the same rounding issues because of XY precision and storage. You can really only address the XY precision by increasing the feature class' precision from 0.001 to something higher (and there are considerations if doing so). Since Fishnet is a geoprocessing tool, you'd have to change the Geoprocessing Environments XY Resolution/Tolerance settings prior to running the tool.

Not the answer you're looking for? Browse other questions tagged arcgis-desktop vector-grid angles or ask your own question.