Can't load a shapefile with Python Console in QGIS?

I'm trying to load a shapefile into QGIS using iface.addVectorLayer, but whenever I do this, I get an error message "Layer is not valid: etc ..."

However, if I try to load the same shapefile use the menu dialog "Add Vector Layer", it loads fine. I have loaded raster files, so I know it's not some funny with the path name.

I'm sure I'm missing something obvious here, but what? 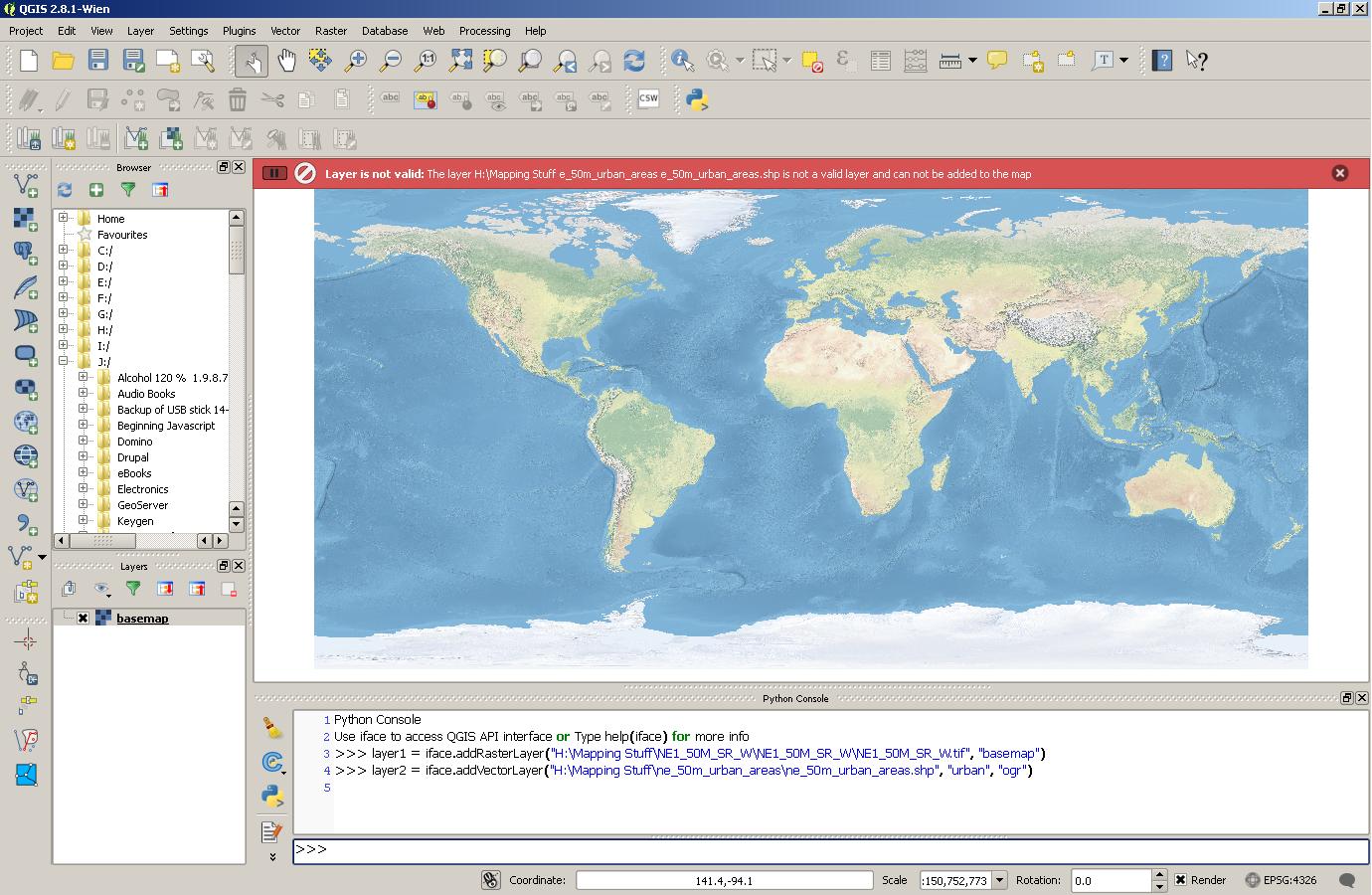 QGis likes path to be using forward slash, like on Unix system. So, if you change all of the backslashes to forward slash then it will work on your windows box.

Try this (note the double slashes for the directory in which your shapefile resides in):

In C and C++, and as far as I know also Python, backslashes are used to identify special characters. For instance,

Pay attention: lowercase; this might explain why one of your strings does not work. In order to inform the compiler (interpreter) that we want an actual backslash inside of a string, we must type two backslashes:

Windows accepts both separators, \ and /, so in principle it should be ok to use "h:/blabla".

By the way, this is an old trick that ages back to Pascal; in that language, quotes can be inserted in a string by duplication, eg. "Here are some ""quotes"" !".

Not the answer you're looking for? Browse other questions tagged qgis shapefile pyqgis or ask your own question.