Does a SRTM DEM image show details such as fields?

I'm working through the QGIS Training Manual where I have a step to get ...

... raster images (SRTM DEM) which cover the region you have selected for your course.

You’ll need images which cover the entire region you have chosen to use.

It then shows an example image (Image 1) for Swellendam, Cape Town: 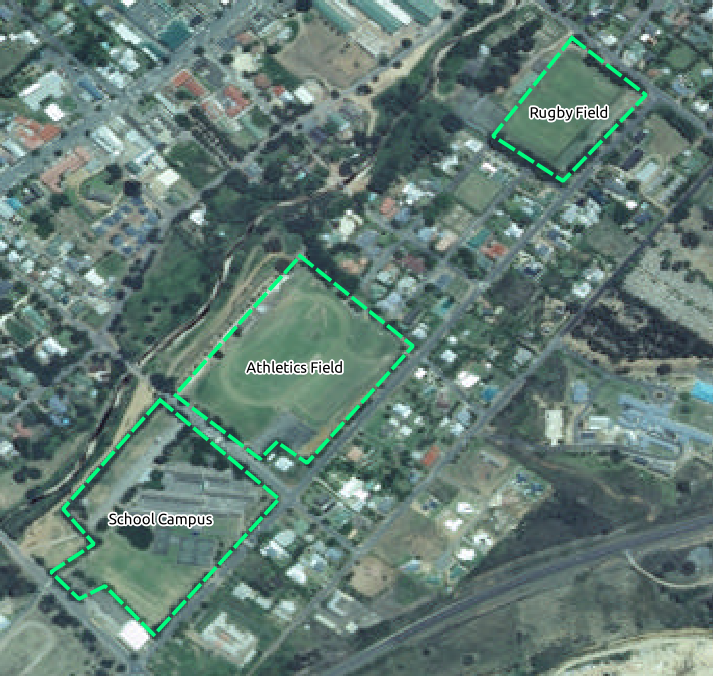 However, the only image I can find for my region (UK) on CGIAR-CGI is similar to the image shown below (Image 2), which only seems to show digital elevation and not any other detail such as houses, roads or fields like 'Image 1'. 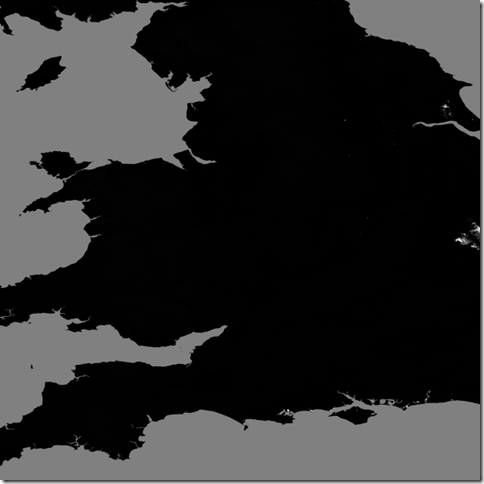 Does a SRTM DEM raster image exist for the UK region on CGIAR-CGI that has the same level of detail as 'Image 1'?

Your confusion stems from the distinction between the image represented by image 1 (a true color image) and the DEM you downloaded. The two are very different things and this distinction is one of the very great things about raster analysis in geospatial science!

Image 1 is a high-resolution true color satellite image or aerial photograph such as you would have created in Lesson 1.2. Image 1 is similar to what you are used to -- that is, rasters represent things similarly to how we see them with our eyes. In that data, each cell has three values associated with the amount of light reflected in (roughly) the same wavelengths our eyes see. However, as I intimated before, the cool thing about rasters is that you can put ANYTHING in those cells -- they don't have to represent the color we see on the ground. They could represent the elevation, the amount of water in the atmosphere, the forage quality for a migrating bird, the sea temperature, the wind vorticity... get the idea?

The SRTM DEM you are reading about in the tutorial is a type of elevation product with a spatial resolution of 90m. DEM, or Digitial Elevation Model, is a type of raster data in which each cell value corresponds with the elevation of the area represented by the cell. SRTM refers to the fact that these data were collected by the Shuttle Radar Topography Mission.

1) This question was deleted, but said "Are there STRM DEMs for UK? " A: Yes, and it looks like you may have found it. 90m resolution is not bad if you're interested in broad landscape analysis like watershed modeling but you aren't going to use it to find the slope of a football pitch. For that you would need a higher quality aerial-generated product like LiDAR. Generally you aren't going to get DEM resolution as fine as your imagery.

2) You can get IMAGERY for UK. You'll want to get familiar with WMS, or Web Map Services, an OGC standard for displaying georeferences raster data. Here's a tutorial to get started with qgis: http://www.qgistutorials.com/en/docs/working_with_wms.html. And there are numerous discussions about what public WMS resources are available. Here are a few discussions with numerous WMS links*:

In the text there is basically an error in that there should be another sub heading between the SRTM data download section and the imagery download section. We provide a methodology for obtaining SRTM data, but you are left to your own initiative to find local imagery data. I will update the text to address this.

Not the answer you're looking for? Browse other questions tagged qgis raster dem geotiff-tiff srtm or ask your own question.