Joining parcel/building attributes based on coordinates

I downloaded a building footprint shapefile for a city and imported it as a vector layer in QGIS. I was hoping to see street address information in the attribute table, but there was none. I subsequently downloaded and imported a shapefile containing the land parcels for the same city (which DO have street addresses), and it overlays nicely such that buildings appear within parcels.

I would like to join the attribute tables such that my building footprint file contains addresses; however, there is no common key on which I can join (I see a Shape_STAr and Shape_STLe but can't figure out what these are).

Is there a way for me to (programmatically via a framework or otherwise) determine which buildings fall inside a parcel based on the coordinates such that I could join the data in the manner I desire?

I've done some Google searches but can't figure out where to start.

Seeing as though you have no matching attributes to join you will need to perform a spatial join. This is under Vector>Data Management Tools>Join Attributes by Location 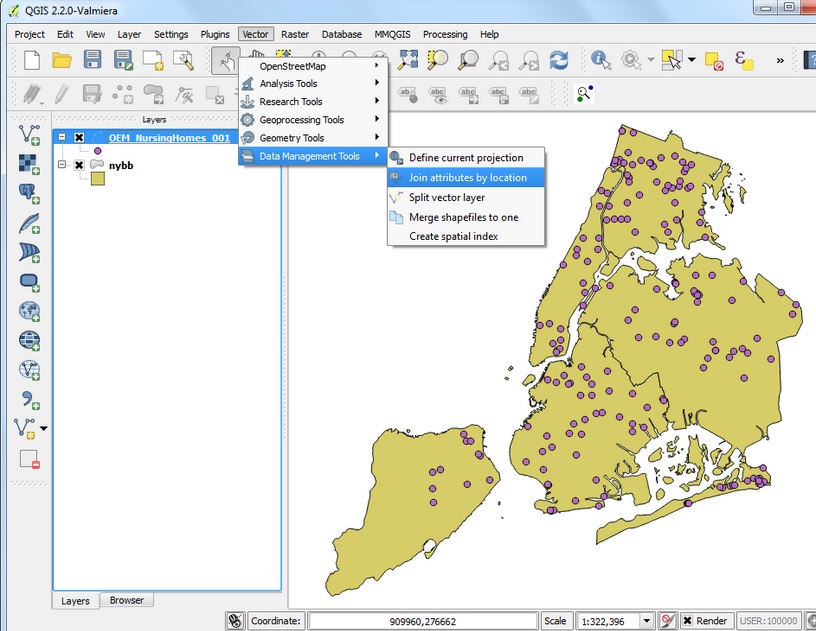 Not the answer you're looking for? Browse other questions tagged qgis shapefile coordinates attribute-joins or ask your own question.

1
How to get a set of all buildings of an OpenStreetMap section in form of single points / Multiple polygons as one point
2
Problems with one-to-many join ArcGIS
3
Geocoding from street layer using QGIS (MMQGIS)
2
Join two Shapefiles based on common fields to create new polygon Shapefile?
2
Transforming a list of addresses into multiple shapefiles
0
Joining table to layer ArcMap without matching fields?
1
Joining table with address data to a shapefile (buildings) in QGIS
0
Join Attribute Table with multiple owners with only one Parcel