Suppose I have a field titled NAME1.

Examples of what is in the field appear like this:

How using python or vb script would I extract a string only after the first digit into a new field titled Name_Num?

Basically, the Name_Num field would have to appear like this:

Mind you, I need the letter attached to the numbers. I can't just extract digits only. But anything before the first number must go. The numbers vary in character length but always appear at the end of my string.

I rarely use python and am not familiar with when something goes into the pre-code block or doesn't.

These are the results after inputting the first reply which looked great in my opinion but didn't work unfortunately. 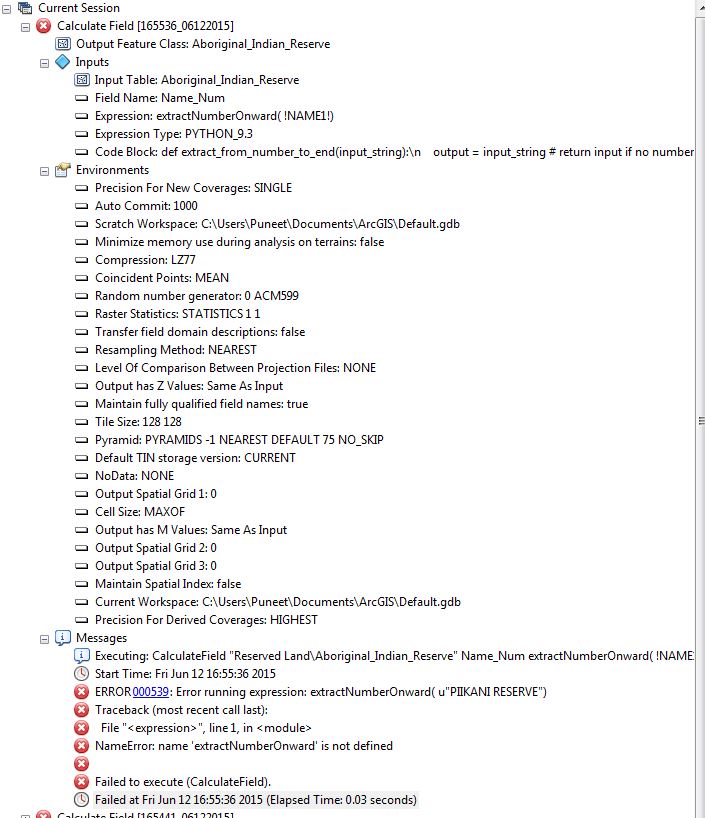 Assuming that you are looking for positive numbers, as it looks like you are extracting address elements.

Put this in the pre-logic Script Code (make sure Parser is Python):

It defaults to returning the original string if no number is found.

Not the answer you're looking for? Browse other questions tagged arcgis-desktop python field-calculator vbscript or ask your own question.