I am trying to find mean coordinates of a shapefile to which I have joined a CSV file for population attributes, but these will not show.

I'm working with county data of each US state based on the year 1860. I have the shapefile for the states which has polygons as counties. It has its own set of attributes but not that of population in the year 1860.

I imported the CSV file and joined the data to the original shapefile of the state. This all works fine.

The problem comes when I try to use the mean coordinate function to make a weighted centroid it does not recognize the joined attributes. 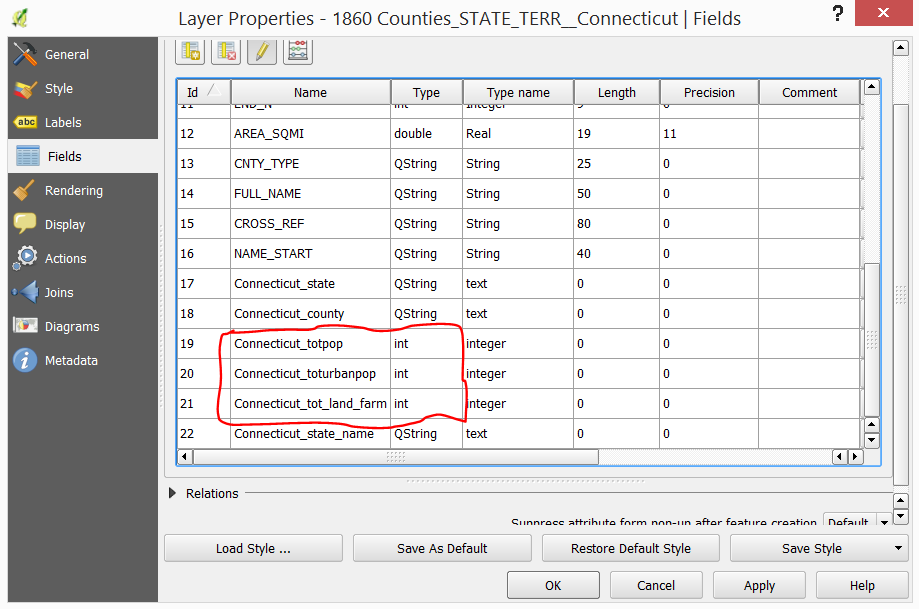 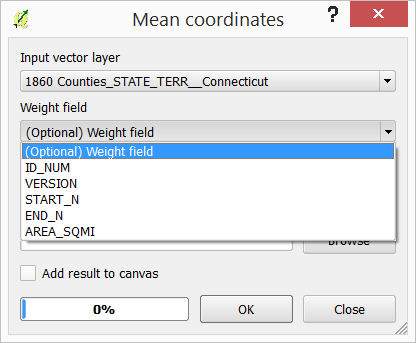 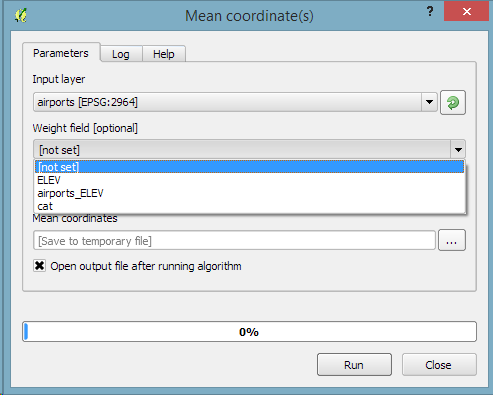 Not the answer you're looking for? Browse other questions tagged qgis spatial-join or ask your own question.

1
How do add attributes from shapefile to list of lat/long-coordinates using QGIS?
3
Using pysal to map location of coordinates?
7
Join shapefile and csv when identification uses two or more attributes
2
Doing weighted overlay analysis using CSV data joined with shapefile in QGIS?
1
how do I join spatially polygons to polygons, creating new rows as required?
2
QGIS Time Manager with joined layers
4
Population centroid of irregular-shaped German counties based on a population density grid