Getting SpatialPolygonDataFrame from gIntersection{rgeos] with sub-area as attribute in R?

What I want to get:

For a buffer area set to 450, the dataframe would look like 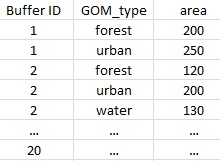 What I actually get when doing gIntersection:

227 SpatialPolygon objects corresponding to each part of GOM polygon caught in the intersection process. The R console gives me a lot of "slots" informations such as area, coordinates etc. for each of these 227 polygons, so I guess the information is there, but I can't manage to make it a SpatialPolygonDataFrame or Shapefile with the informations displayed as previously shown.

I have no formation in spatial data analysis on R but what I learned by myself using Google, and I'm afraid this move is quite above my level, would any of you have a trick for me?

I tried your method and it didn't work quite well, let me show you the results: 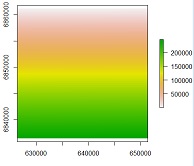 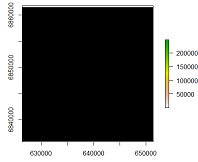 and plot(mos_cut,add=T) gave me the same black square (mos_cut is the land use shapefile we used to call "gom") 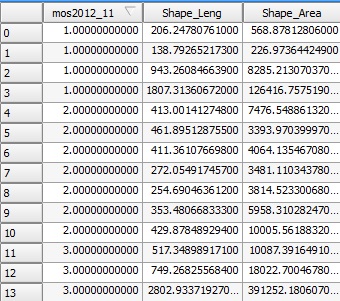 Now this is the summary in R of the same shapefile when read: 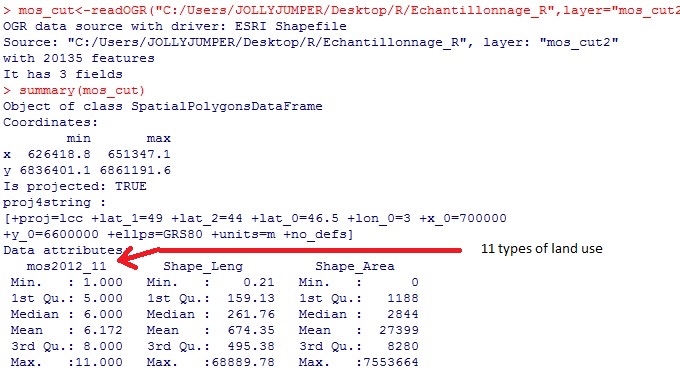 This is the summary of my "buffers" layer: 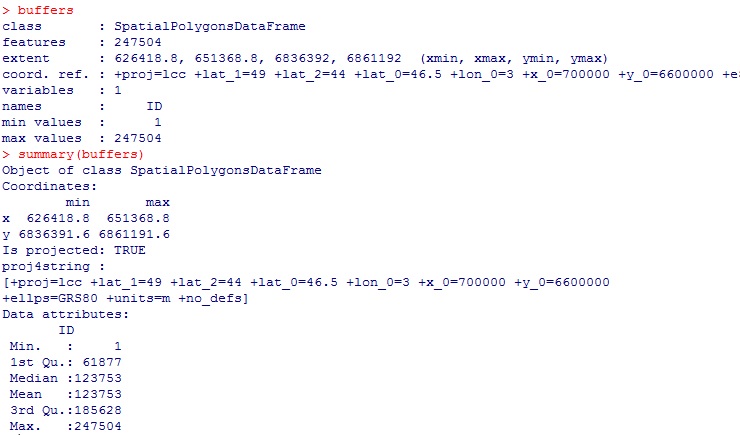 If it can help, here's how I got the buffer layer: (method applied to generate 20 random fixed distance buffers in my study area)

then I basically apply your method (replacing "gom" with "mos_cut" and "buf" with "buffers" ) and I get these strange plots. I tried to do the intersection anyway and after calculating for one or two minutes, R crashed to desktop.

I believe that my dataset structure is the root of the difficulties I'm having using your method...

Do you have any idea of what's wrong and how to solve this problem?

You can use rgeos and raster functions to accomplish this

Not the answer you're looking for? Browse other questions tagged r data-frame spatial-analysis or ask your own question.