ModelBuilder, which tool should I use to rename layers with value from table?

I have a ModelBuilder tool with an iterator that splits a feature into multiple shapefiles based on a attribute field. The problem I'm running into is instead of simply using the number values for naming, I would like to replace the number with what the layer physically represents. For example a few of the new shapefiles are

And there are quite a few more that need renamed in that fashion. The problem is there is only layer numbers in the attribute table and nothing represents the physical name except for the legend. Here is the model I have so far [Model][1] 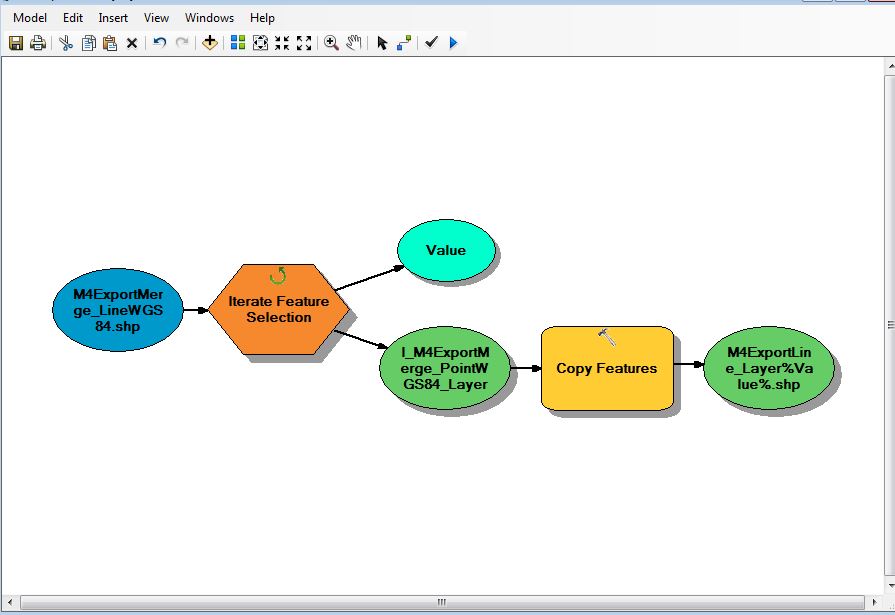 This seems like something that should be very easy but requires an extra step.

The solution I came up with is to create a dictionary.csv file in excel containing a "Key" (layer #), and a string (name).

Use the table select tool to select rows from the dictionary where the key is equal to the layer #. This will output a new table containing only a single row. Next, you can use the model only tool "Get Field Value" to get the "string" field from the table, which can then be used in your file name.

Not the answer you're looking for? Browse other questions tagged modelbuilder splitting iterator or ask your own question.

3
Iteratively unioning pairs of shapefiles
3
ArcMap Model Builder Iterator to create selections
1
Mapping filename into fields of geodatabase using ArcGIS ModelBuilder?
2
Skipping an iteration in modelbuilder
2
Use multiple attributes from table to select and merge multiple shape files
1
Using ModelBuilder to calculate multiple polygon areas into one table?
1
Double Iterator Name in ArcGIS
0
Using Con tool with iterator in ArcGIS ModelBuilder?
0
How to iterate folder in a model that has a sub-model (iterate raster) in ModelBuilder