Any ideas are welcome. My desired outcome is to have no web services in group layers. 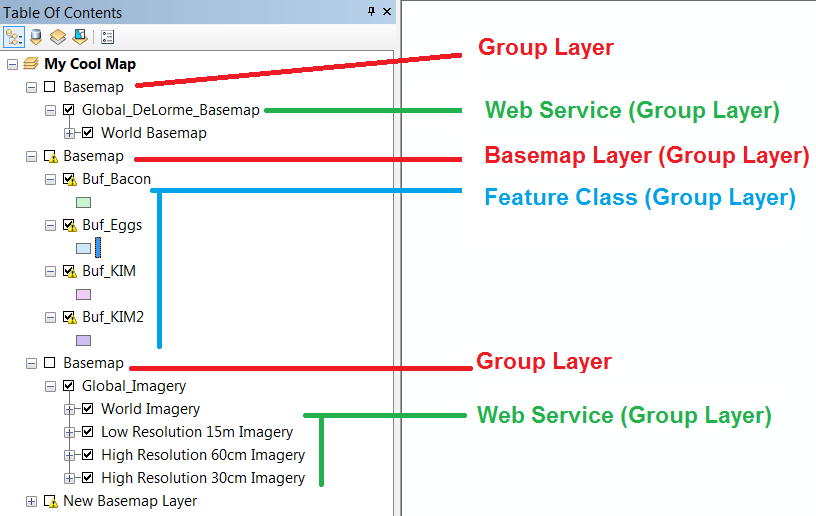 You're close. Instead of AddLayer, you can use MoveLayer. The ESRI example code, along with some tweaks to your own data structures can be tweaked to move layers you want up to the root of the data frame. See code:

Some caveats: not all web services are defined as web services. For example, OpenStreetMap, which you also add as an external link, is a layer package, so the code above will not move it. I did not find a way to detect whether it is a layer package from the web, so make sure the layers you want to move are what you expect code-wise.

In regards to your particular layer structure, be advised that Global_Imagery is a locked layer set, so you cannot its separate sublayers even in ArcMap by hand. In fact, the code still does it (kind of), but the moved layers are broken, and the original ones are still in place. Make sure the layers you are trying to move are actually moveable by hand.

Finally, the code should obviously be tweaked to what exactly you're looking for: you might not want them at the very root level, your topmost group layer might be called otherwise, etc. Included are some functions that you can use to test the layer's properties. 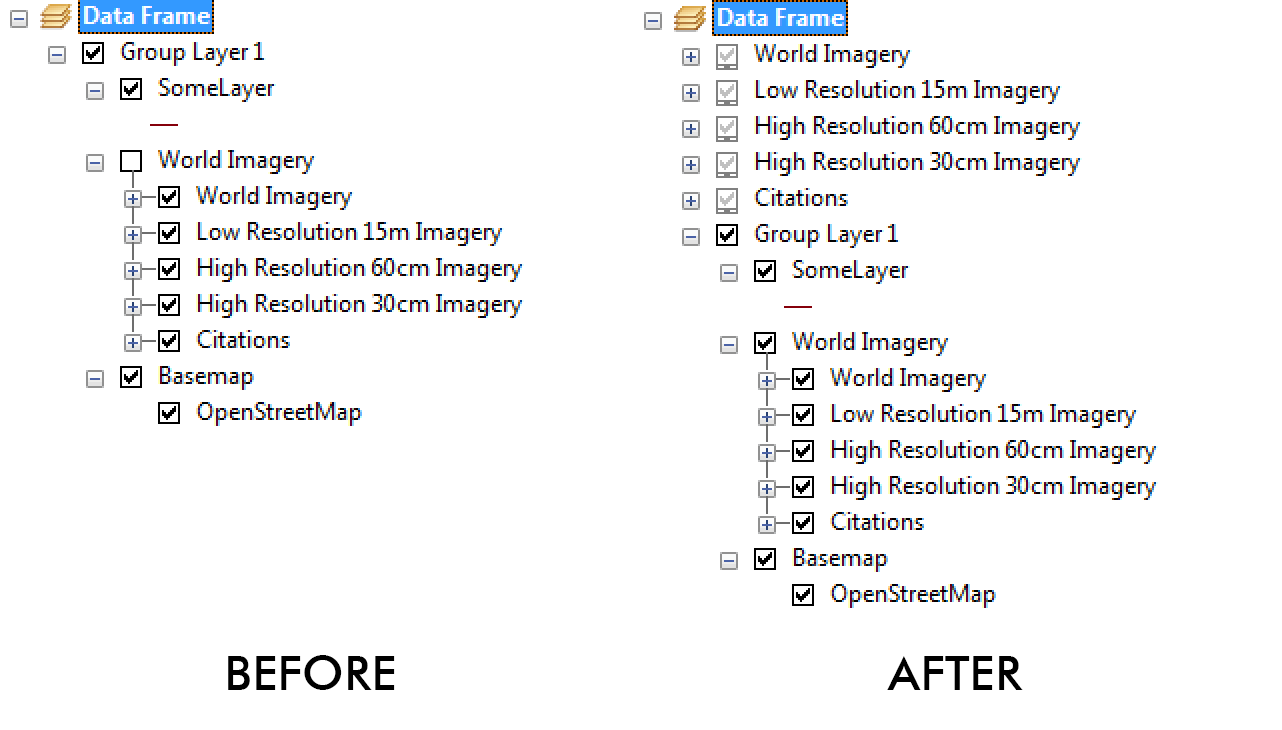 Not the answer you're looking for? Browse other questions tagged arcgis-desktop arcpy arcgis-10.3 or ask your own question.