In ArcMap (ArcGis 10.1) I'm trying to find a way to fill a polygon with a symbol in different orientations. Is it possible? 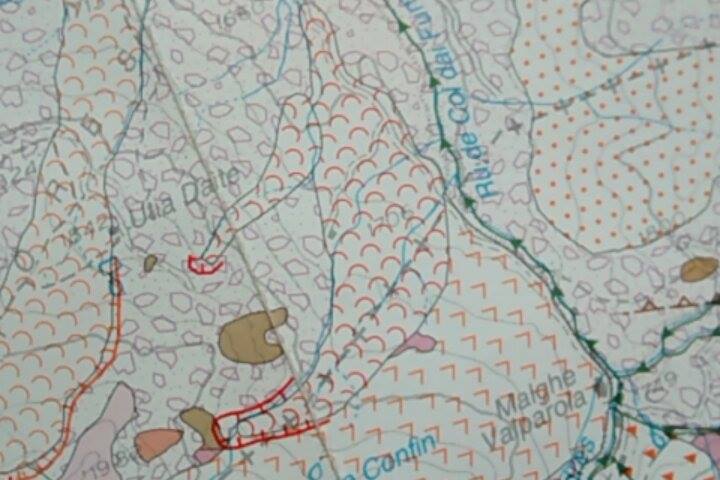 In case it's not: is it possible to associate the rotation of a polygon feature's fill to value in Attribute Table like I can do for points? 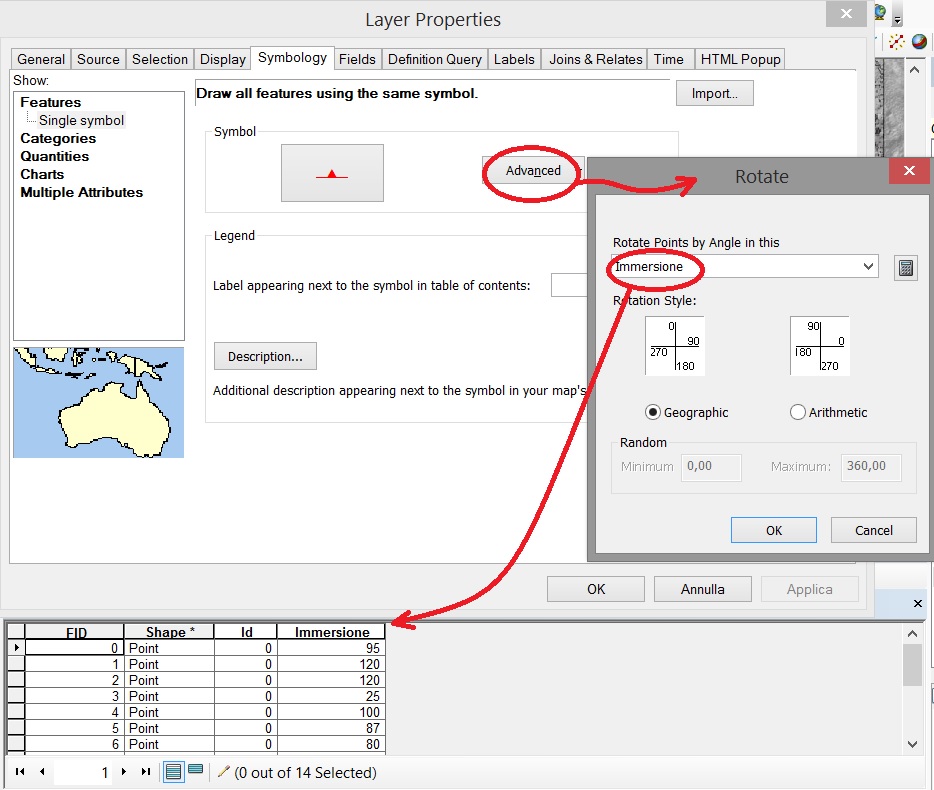 Example: rotation of a point feature depending on a column in Attribute Table. Is it possibile to do the same for polygons?

Yes, it's possible to fill a polygon with symbols on an angle. It cannot be done with Marker symbol type, only with Picture symbol type. 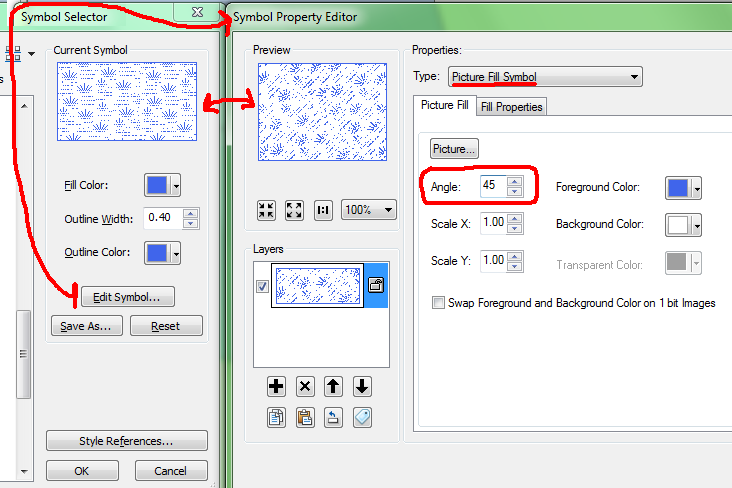 Even with Picture it applies to the symbol as a whole, meaning you'd need to symbolize on your rotation field and set each one to the angle you want - the angle cannot be read automatically from a field (so far as I know).

The most interesting ideas I found were at http://mappingcenter.esri.com/index.cfm?fa=ask.answers&q=878

That's not so easy as a fill symbol--you could convert the fill symbols of your landslide layer to representations and then individually rotate the arrow markers within those fill symbols (that might get really tedious).

If you've got an elevation dataset you could do the following:

This will result in a more regularly spaced look, like the bottommost of your scans.

Another option, particularly, if you want a more hand rendered look (like the uppermost of your attached scans), you could hand-digitize flow lines and then use cartographic representations on those. We explain how to set up that kind of symbology on the Mapping Center blog when talking about symbolizing one-way streets. You could control the spacing and offsets of each flowline's symbol, creating a similarly expressive effect as shown in your attachments.

Its rather tedious work but it should work.

As a result you should get a pretty good approximation of your map.

Not the answer you're looking for? Browse other questions tagged arcgis-desktop arcgis-10.1 arcmap polygon symbology or ask your own question.