How to make a spatial join with ArcGIS with these HUGE datasets?

All my attempts have failed:

It works when I do a Spatial Join of a small area.

Any ideas on how to do this in a proper way?

(The idea is to overlap those polylines to the grid (the 500x500m squares). I will then make a dissolve to find out how many lines are in each square. Finally, I will make a density map.)

Then I used Kernel Density to make a heatmap of 2km x 2km cells (in 0.1 minutes): 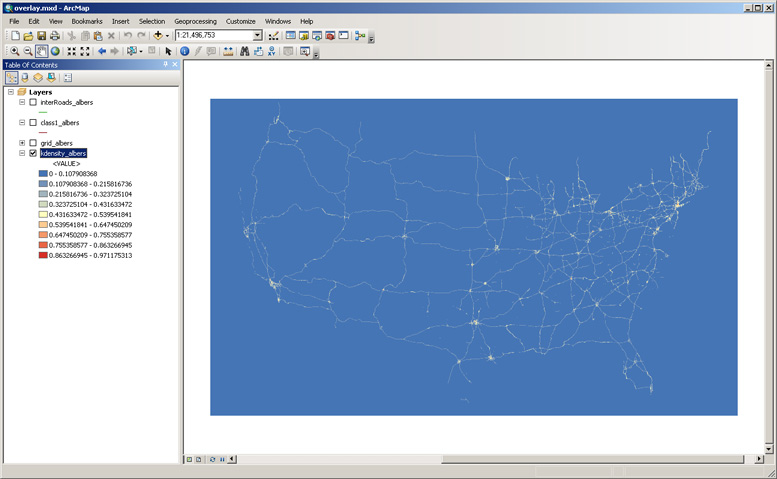 Then I intersected the lines through the polygons (10.8 minutes to generate 75,221 discrete lines), and ran Frequency to generate a count of polygon-ids (0.2 minutes to identify 55701 intersected grids). From here it was easier to populate the source feature class 'icount' with a python script (which ran for 19.7 minutes):

Then I used a query definition to select only polygons with count greater than zero, and copied the result to a new polygon feature class (0.2 min): 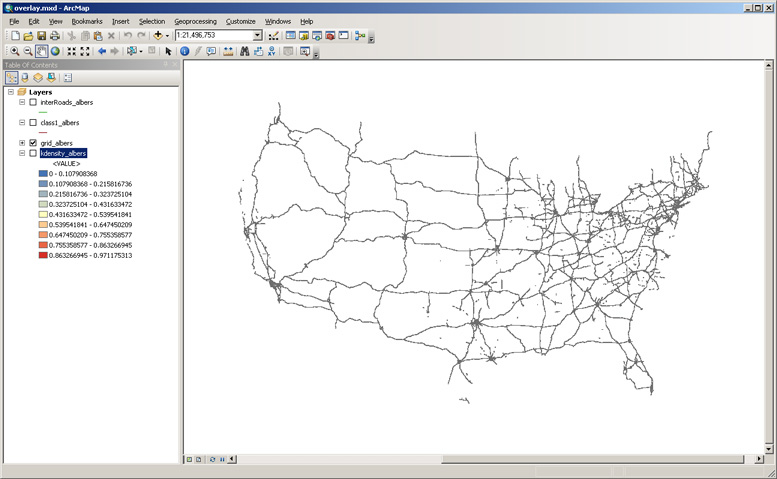 I'd recommend you include a buffer distance in your search method (Kernel Density makes this easy), since the large number of grid cells make it difficult to find large amounts of overlap: 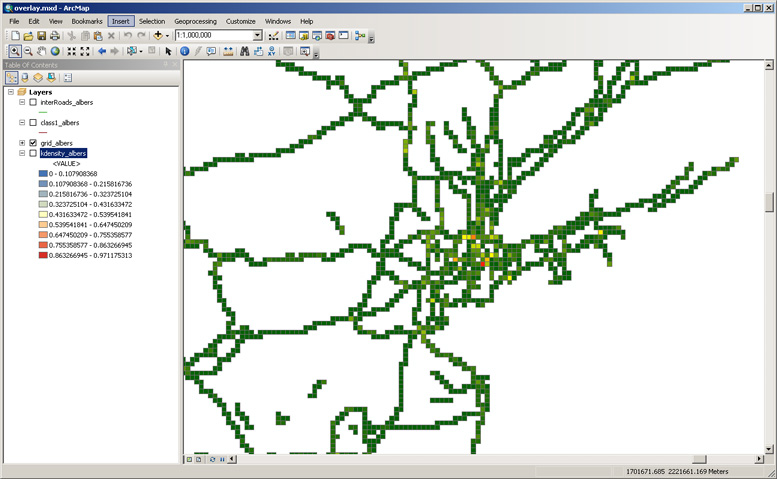 There are many other variants possible, including using in_memory feature class to improve query performance, and using a two DA search cursors with a dictionary to compile a polygon-id/count table in memory (then updating the polygons with a DA cursor), but the process doesn't have to take days if you use the right approach.

This is an alternative way of dealing with this problem, with a Python script that clips the lines for each polygon (iterate over all polygons), count the lines that are left and write to the attribute table.

What is presented here is pieces of a code I had lying around, and is not properly tested nor a complete script. It is configured as a script tool in Arcmap. I had to change a few variable names, I might have missed one or two.

Optionally you can create output files every few ten thousand polygons or so, just to be sure. That would also allow for batch processing more easily. With 32 GB RAM you should be able to process quite a few polygons with the in_memory-space. However, you can also have this write to a regular shapefile or gdb if it becomes a memory issue.

Similar to @Vince and @Martin, if you wanted to see how many lines intersected each polygon cell, you could: