Return nodes along portions of edges with pgrouting

I have been experimenting with generating isochrones with pgrouting using osm data. So far, I have been able to generate isochrone polygons by getting the concave hull of the nodes returned from the pgr_drivingdistance function. Here is a sample query to generate 10 minute (0.166667 hr) isochrone from node 46397, assuming a speed of 5km/h :

Which yields the following isochrone : 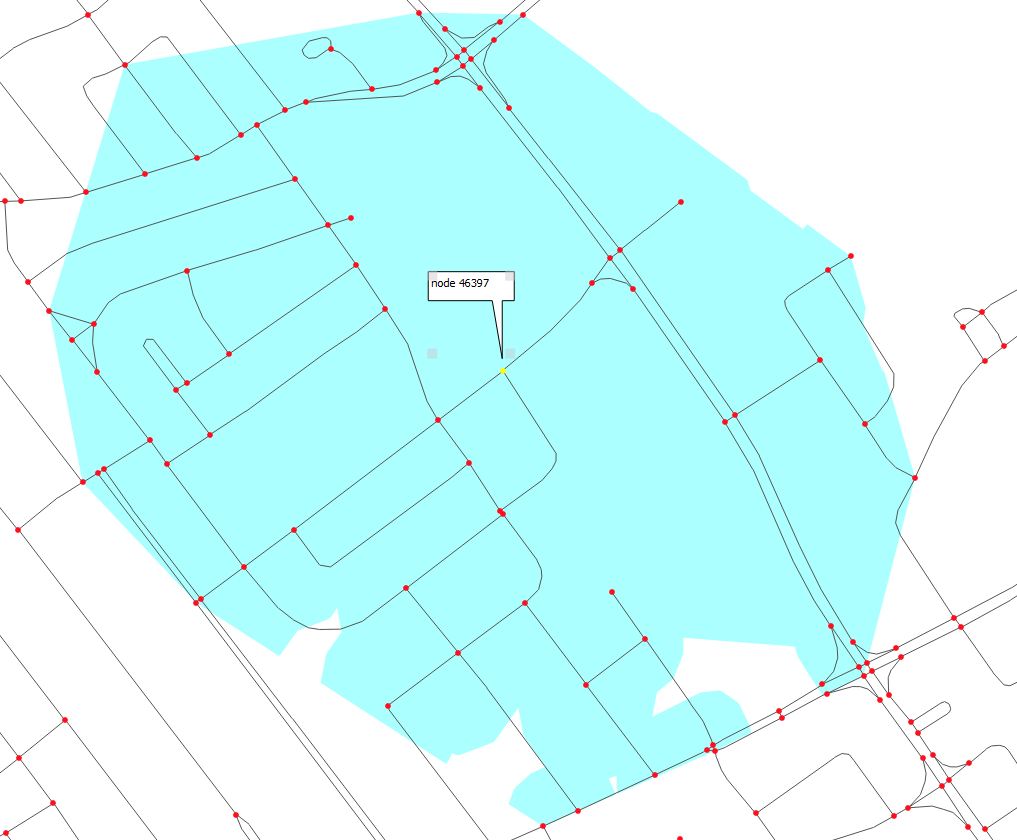 I would like to know if it is possible to calculate an isochrone while considering the possibility of reaching points along a portion of each edge? This would be especially useful in cases where network edges are very long. For example, the pgr_drivingdistance function would return a point 50% along an edge, if only half of the edge could be traversed.

I ended up solving this problem with the following function:

Not the answer you're looking for? Browse other questions tagged postgis pgrouting isochrone or ask your own question.

3
Generating nodes where edges meet, PostGIS, pgRouting
2
PgRouting routing algorithm from start to end via nodes with restrictions
9
Why doesn't pgRouting return the best path?
0
osm2po is missing edges while importing to pgRouting
1
Empty geometry resulting from pgrouting function
3
pgrouting: how to temporarily increase some edges' cost without affecting concurrent queries?
1
nodes geographic coordinates with pgRouting Query
0
pgr_drivingDistance How to split edge if max distance is reached halfway through the edge (PGROUTING)