Processing modeler: how to dissolve a vector layer and sum the attributes

I have a complex workflow prepared in the processing modeler, but I'm missing one step to link all the model.

I need to dissolve a polyline vector in a single line vector that has as attribute the SUM of a specified attribute of the polyline vector. I can do it via plugin (dissolve with stats) but just outside the modeler, I tried to find a way to link the "dissolve" tool and the "basic statistics for numeric field" tool but I still can't figure out how to put the html output inside the vector layer.

I saw some comments about an sql query that looks easy, but I don't know if I can use it outside spatialite or sql, inside the modeller.

I tried the command SELECT SUM(column_name) FROM table_name;

but as out put i got GDAL command output: FAILURE: Unable to open datasource

Is it because the layer has to be inside an sql database to run this kind of query?

You can use gdal/ogr tool inside your modelbuilder : 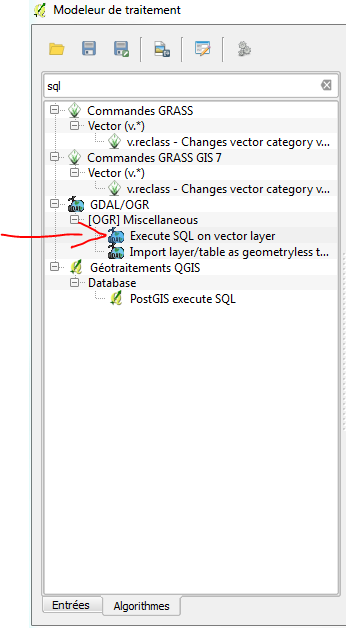 Ujaval gandhi from qgistutorials prepared a python script to be run inside the modeler that solves the problem, here is the tutorial that Ujaval made for everyone. http://www.qgistutorials.com/en/docs/processing_python_scripts.html

You can also use the ogr2ogr based tool "Dissolve polygons" and click on "compute min/max/sum/mean for the following attribute". It executes this query: 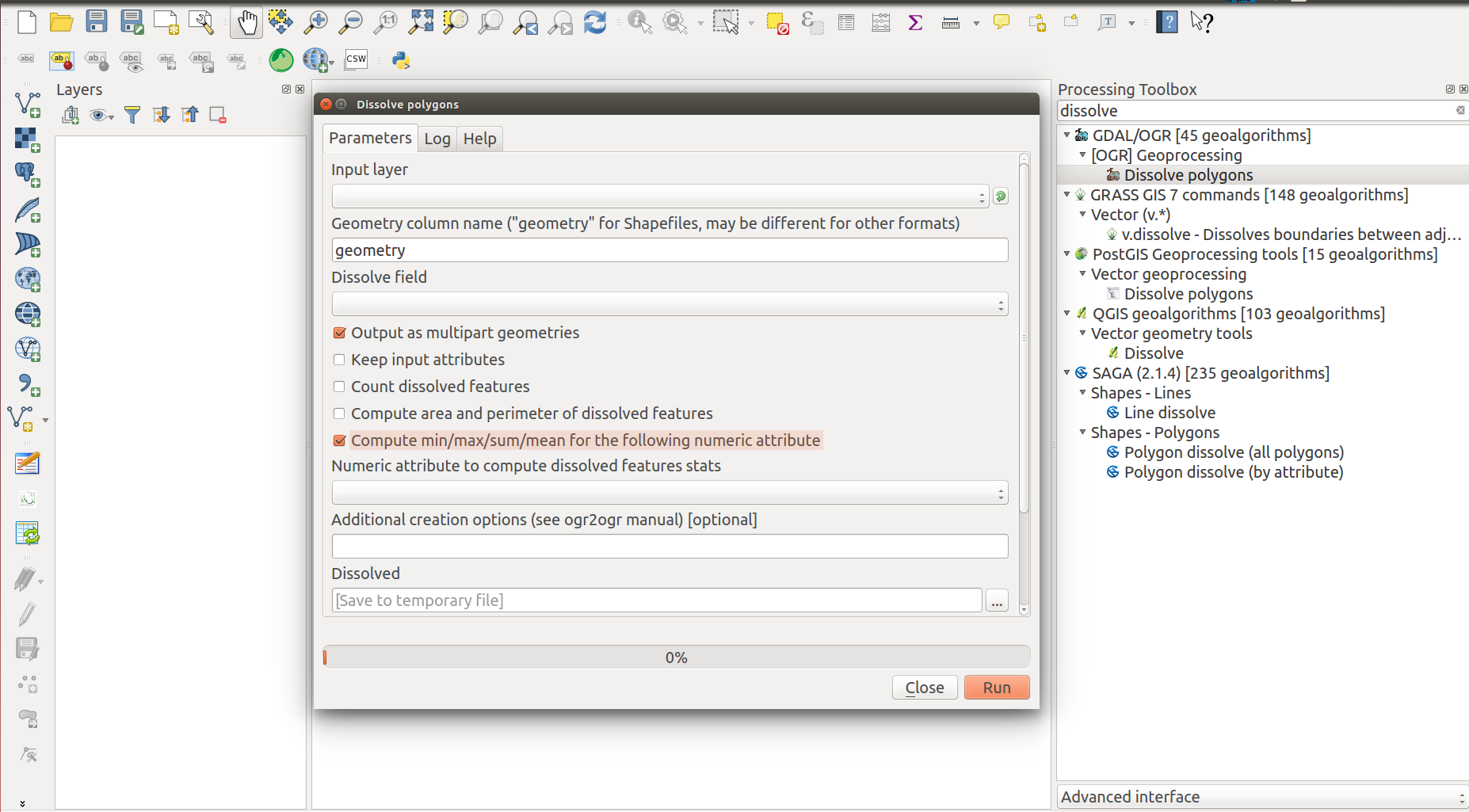 Not the answer you're looking for? Browse other questions tagged qgis qgis-processing fields-attributes dissolve or ask your own question.

4
Using ModelBuilder to select layers by attributes, dissolve and then merge them?
0
Why does the "Dissolve" tool in QGIS create an empty layer?
5
Usage of QGIS Dissolve geoalgorithm in QGIS Graphical Modeler (2.18.19 LTR)
3
QGIS. Dissolve polygons to create new layer with stats. Not working
1
Why "Unique ID fields" is not saving its value in Dissolve algorithm in Graphical modeler?
3
Equivalent of "Dissolve with stat" in QGIS graphical modeler