What I'd like to do, using ArcPy: use a line to split a bunch of polygons into separate parts. Here is what the inputs could look like: 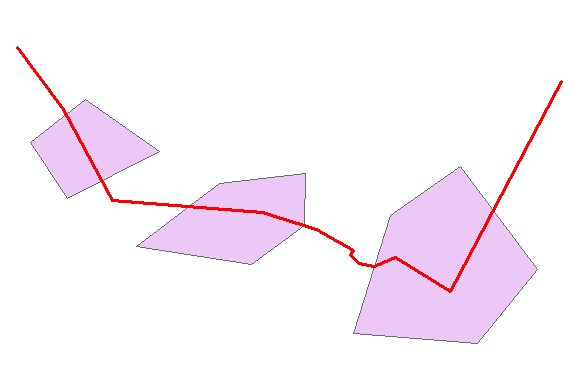 This question has been asked many times, and there have been a lot of answers provided, but none of them seem to mention the polygon's cut method, perhaps because it seems to only have been introduced in 10.2.

Here is what the ArcGIS Help shows (scroll to cut (cutter)): 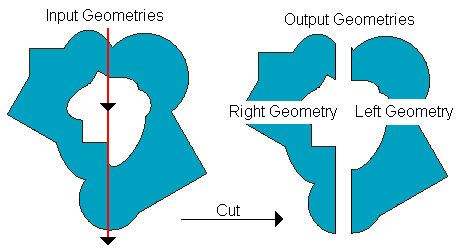 This seems to be exactly what I need, but I cannot entirely figure out how to implement it.

From the few examples I was able to find, it seems like I cannot use the method directly on a shapefile that I am referencing, but I need to access the underlying geometry/vertices, so here is what I did (please correct me if there is an entirely different way of doing it):

The next step would be to to use the cut() method, as shown in the screenshot above, to actually split the polygons, but I cannot get it to work.

What follows is my code (only the polygon-part uses comments as the polyline is just repetition):

After running this code I can use methods, such as polygon_features[0].boundary(), but I am not sure how to use cut(). 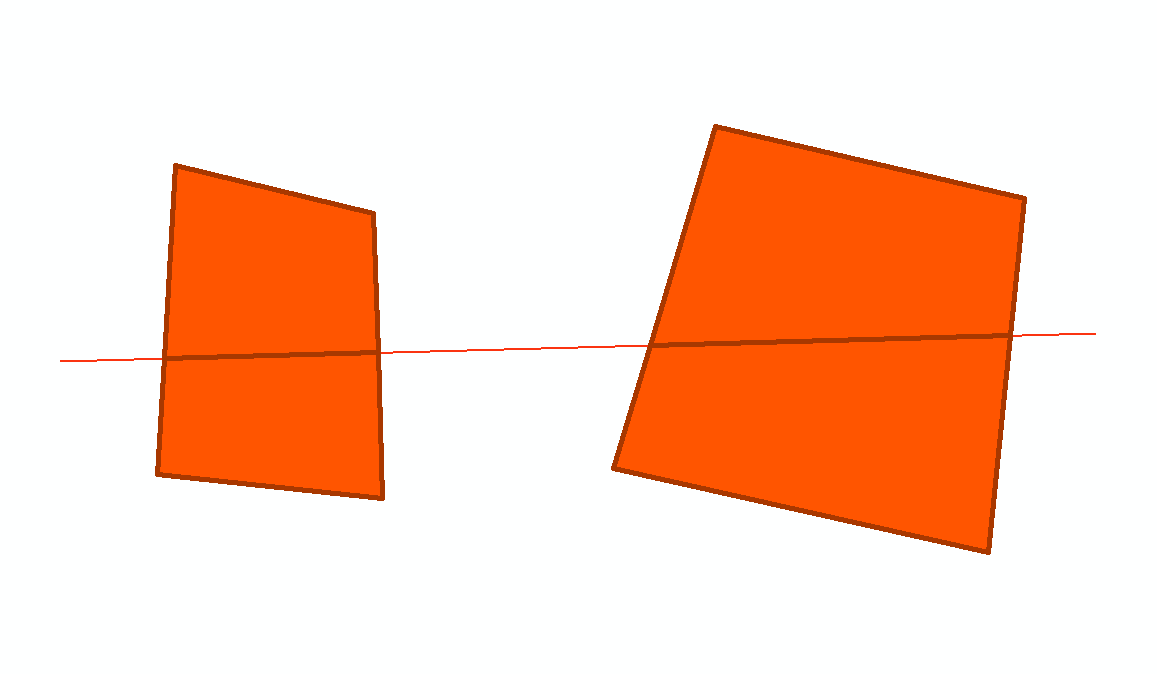 Depending on line geometry this method can create excess polygons. If so, clip your output feature class by your original input polygon feature class to eliminate the new polygons.

If you only want certain polygons sliced by certain lines, use an SQL expression and feature layers to limit your inputs.

Not the answer you're looking for? Browse other questions tagged arcpy arcgis-10.2 polygon splitting or ask your own question.

4
Optimizing ArcPy code to cut polygon?
1
FeatureToPolygon (to cut polygons by line) not working correctly outside of ArcGIS