I am trying make a layer of buildings, divided into apartments, by making polygons from crossing & intersecting lines in QGIS. When I use the vector/geometry tools/lines to polygons tool, I get just one polygon with no divisions at the inner lines, or otherwise odd polygons. The attached screenshot shows a random example of three polygons which were created, with the associated lines I hoped to use for the divisions. I also then tried the single part to multipart, but could not make that divide the polygon by the separate line file. I don't know if I am simply using the tools incorrectly, or if there is some setting I am missing. 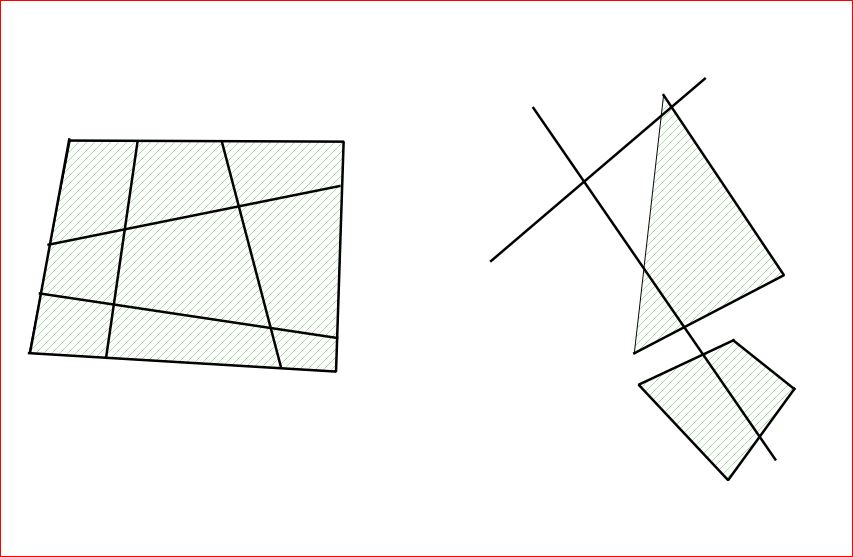 There is a tool in the Processing toolbox called 'Polygonize' which will do what you want. It needs shapely to run.

The tool used to be called the 'Polygonizer', there is a note on it here:

Not the answer you're looking for? Browse other questions tagged qgis line polygon-creation or ask your own question.

6
Need Projection Help to Buffer Lines in QGIS
4
Is there a way to hillshade vector polygons with a DEM in QGIS?
6
Making polygon from intersecting lines in QGIS using Polygonize or similar?
7
Can't transform lines to polygons
2
polygon/polyline digitizing techniques for geological data
1
Calculating length of polygon in ArcGIS Desktop?
2
Postgis and QGIS inner buffer issue