I have created some buffers around some points in ArcGIS Pro, and I am wanting to recognize the area of the buffers that overlap with another buffer within the same layer with a different color. How can I do this?

This is what I am dealing with pictured below. 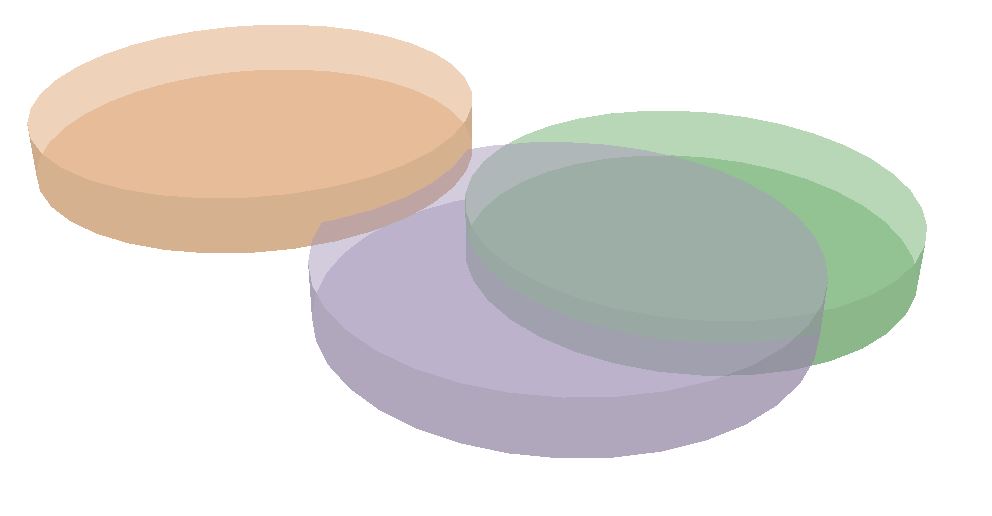 I am looking to take the overlaps that exist (hard to see but the green is below the purple with about 2 meters of overlap) and make them separate colors. I realize that symbology won't do this alone without there being some recognizable indicator that the areas are overlaps, and the intersect tool came close, but the new polygon was not accurate of the buffer sizes (it looked about what I was looking for except the intersect looked as if the buffers were 30% larger than they actually are, maybe that is the focus of the problem).

Any ideas as to where some sources of error could come from with using the intersect tool? Or do you know of any other ways to do this?

A 2D solution can be changed to 3D as well.

An easy way to show overlapping features is by using the Intersect tool. Use your buffer dataset as the input and run the tool. It will create an output that will only show the overlapping areas. Unfortunately I am unsure how you could show this through symbology alone without any extra processing.

You would need to symbolize all the buffers in a unique manner, and the symbology you choose would need to be some sort of pattern fill; lines, pictures, markers, etc. - something with transparency. The patterns would need to be set uniquely enough, via color and/or shape, such that when they overlap they are distinguishable. You can see a simple example of this at Make convex hulls opaque or transparent

Short of that pattern fill with transparency route, as user52640 mentions you could modify the actual geometry or generate new geometry to display on top of the old. Depends on if you just want to symbolize areas of overlap or actually want to see the overlap (as in, both symbols overlapping).

Not the answer you're looking for? Browse other questions tagged symbology buffer overlapping-features arcgis-pro or ask your own question.

4
Projecting Coordinates in ArcGIS Pro?
1
Intersect Tool - Same Polygon Feature Class Only Want Inner Overlap
1
Calculating length and area of habitat polygons within overlapping buffers in ArcGIS
1
ArcGIS - Identify which buffers intersect each other
1
FME: Coordinates with a buffer - how to merge / dissolve points that overlap other buffers?