I am using MapProxy to use my company's tiled map service (TMS) as a web map service (WMS) for consumption by desktop GIS clients. One of the great advantages is being able to add additional projections to the configuration YAML and for them to render on the fly; I have been successful in adding support for Antarctic and Arctic Stereographic Polar projections.

Really the only issue left is that MapProxy does not play nice with the antimeridian. When an image is requested that consists of tiles either side of the antimeridian, regardless of projection, rather than requesting the tiles that abut the antimeridian and stitching them together, it seems to request the entire map in a "reacharound" fashion, and then squeeze all of that information into a small part of the map surrounding the antimeridian. A picture can probably explain better: 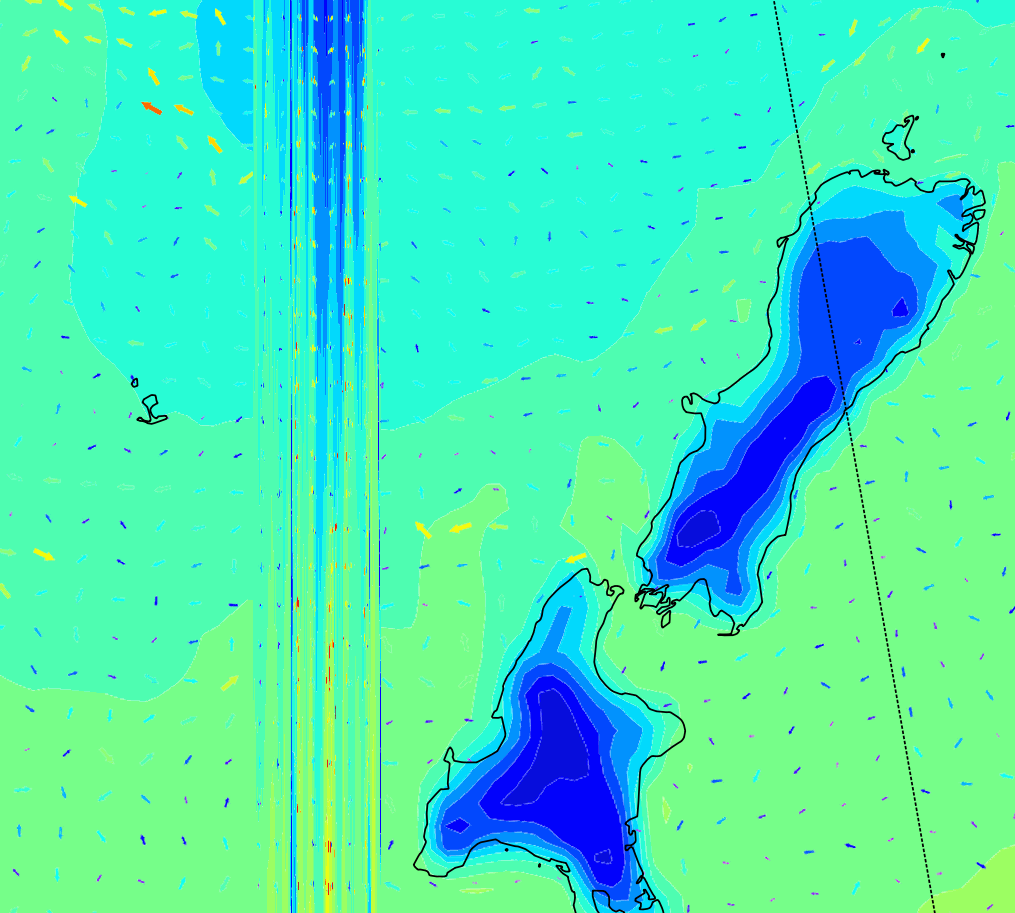 Ignore the fact that New Zealand is upside-down, it's just a polar projection. If I zoom in, the region of "smear" becomes smaller in terms of geographical spread, but stays roughly the same size on my screen. The opposite applies if if I zoom out; indeed at one zoom level out from the image, half of New Zealand is affected by the smear. The same applies in the Northern Hemispshere at the Bering Strait and indeed right along the antimeridian in every projection I have tried.

I have tried changing my configuration YAML file in the following ways, not really expecting them to solve the problem but trying it anyway:

Has anyone else encountered this issue and has a solution or a workaround?

Anti-meridian behavior is undefined in MapProxy right now (1.8). For most users it's is not an issue and so no one invested time or money to work on this. I know that this is not great for people from "the edge of the world" and I hope that this will change in the future.

Not the answer you're looking for? Browse other questions tagged wms tile-map-service mapproxy antimeridian or ask your own question.