Create FeatureDataSet in geodatabase with Arcpy from a table

I try to do this with the python command with something like :

From the last line I don't know how to :

My actual spreadsheet looks like that, Its is very basic with only the name of the dataset (I want to go step by step). 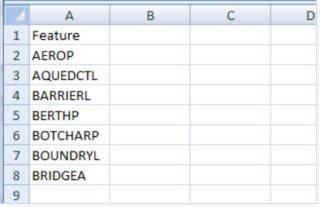 So, I would like to create for each row a new dataset in the geodatabase.

I found something for an other post, It seems to be a good starting point :

Here I could make a command that get back from the spreadsheet the name of all my future dataset.

Then with a loop, add them on the geodatabase :

I need to do this with the python command (is this arcpy?)

Below is the code you require:

You need to read the Excel file, I did this by converting it into a temporary dBase file which I delete at the end. The code then steps through the temporary table reading each row and using that as the name for the FeatureDataset. In my example I do not set a spatial reference.

I don't think (but could be wrong) that you can read an Excel table with a search cursor in arcpy. This answer to Reading Excel sheet in ArcPy script? discusses reading an Excel sheet using another Python module.

Not the answer you're looking for? Browse other questions tagged arcpy file-geodatabase table feature-dataset or ask your own question.