I've been reading several posts to do so and one option would be to use gdalwarp -cutline, but I would need to keep what it is NOT inside the polygon area. GDAL or any command-line tool does that?

Draw the area(s) you want to hide from the image and save as vectors into shapefile or other format if you prefer. Then use the gdal_rasterize utility http://www.gdal.org/gdal_rasterize.html which burns fixed, non-transparent pixels into your image and removes permanently image data below the polygons.

Here is an example. The map is a RGB tiff image with RGB 0,0,0 defined as nodata value. Create two shapefiles red.shp and nodata.shp and save them on disk. 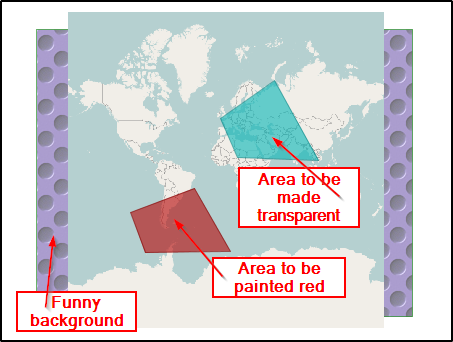 Open the image "burntest.tif" with a viewer that knows what to do with nodata 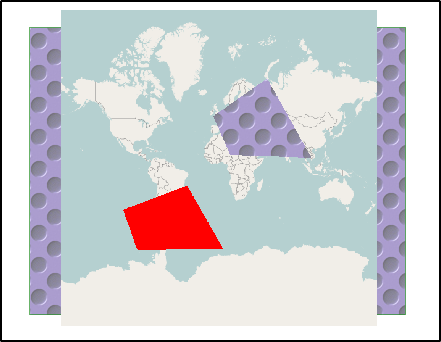 However, if the viewer does not know what to do with nodata the image will look different. 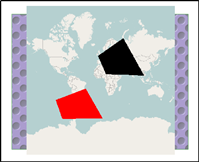 Not the answer you're looking for?Browse other questions tagged shapefile gdal geotiff-tiff clip linux or ask your own question.

2
Clipping a coloured raster with polygon shp in gdalwarp changes original values, why?
0
Update raster pixels on a DEM

5
How to modify raster pixel inside a polygon?
1
gdal_rasterize : getting area not in or touching polygon (options -at and -i)
2
mask raster with shapefile using gdalwarp/gdal
3
Clipping area from big raster without Resampling
6
Why is gdalwarp flipping pixel size sign?
11
Calculate total area of polygons in shapefile using GDAL?
0
GDALWarp and Target Aligned Pixels Not Effective