I am trying to analyse the driving force of urban land use land cover changes. I have 7 raster files represents distance to roads, distance to river, slope, elevation, population density, precipitation, and land use map within my area. I have been using the “combine” in Arcmap 10.1 to merge multiple raster layers into a new single one, and I have been exporting the attribute table to SPSS to do the binary logistic regression.

I crated these two distance maps from the roads and the river polyline datasets, respectively, using Eculidean distance in arcmap 10.01, and then doing the regression. See the processing and the results below: 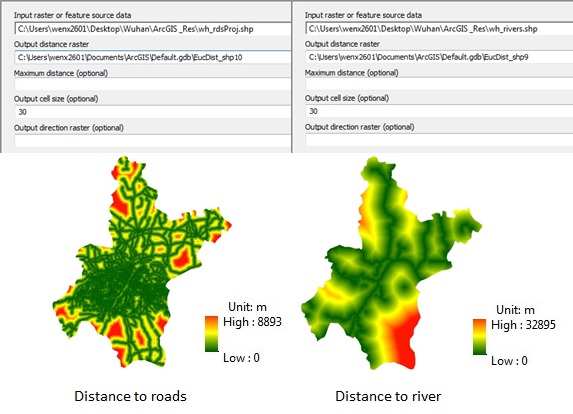 Is there something wrong with my method to calculate the distance to river and roads?

All maps are the same projection and cell size.

On second thought I decided to post my answer.

Normalising variables, which solved an issue is not exactly GIS thing, however careful spatial variables selection for regression analysis is.

I'd suggest caution with that many independent variables, because some of them aren't really independent, e.g. distance from 'river' and terrain slope.

I've made a quick check for terrain and 'rivers' shown below: 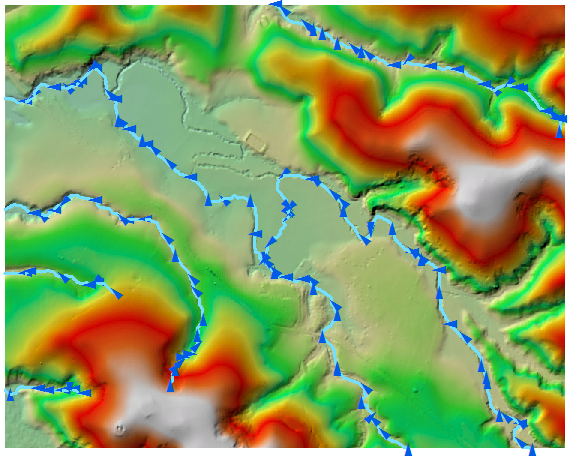 Random sampling (200 points) of Euclidian distance and slope shown no correlation between two. However when I reclassified distance into 5 classes and derived average slope per class result was very telling: 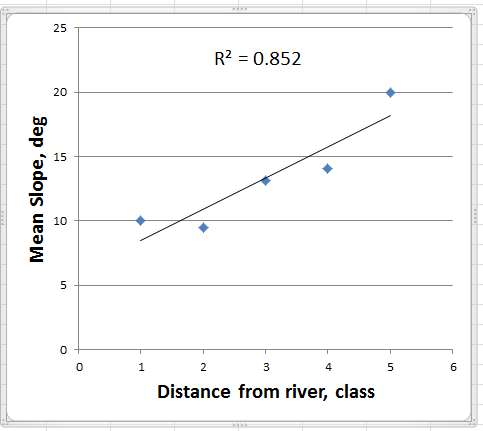 I also suggest to exclude precipitation from your analysis, unless it is a continental scale study. Even if it is, altitude will do better, because humans don't last long with a lack of oxygen

Here, the independent variables include slope, elevation, precipitation,distance to roads, and distance to river, and all values are 0 to 100 after doing normalization.

For normalization all the values to a range of 0 to 100, I used the Raster calculator tool in ArcMap 10.1 with this equation:

The built-up land is a binary dependent variable. When other land cover types are converted from non-built-up land to built-up land, the value is set as Y=1; otherwise, Y=0.

See my new result below:

As you mentioned, ''I also suggest to exclude precipitation from your analysis, unless it is a continental scale study.'' The coefficient of precipitation is o, which means there is no relationship between these two variables.

Not the answer you're looking for? Browse other questions tagged arcgis-desktop raster arcgis-10.1 arcmap distance or ask your own question.