Look at the picture #1. This is my cost surface raster that has only 2 values. Area restricted for path to cross (red one) and area that is free to go (yellow one). As I need it and as I undestand how it is should work, my least cost path shoul be look like a straight line between two points for most of a time. Practically I have what you can see on picture #2 (performed by r.drain). Cumulative cost gained by using r.cost module showed on picture #3. And to be more clear, what I want to get is showed on picture #4. Basicaly I just need to get minimum distance beetween two points.

Is there a way to reach the goal?

And I've found a way of getting a better path. In my case, I was trying to visualise the effect of having the Panama and Suez canals.

My suggestion isn't going to help you find the exact distance, however - but it will trace a more realistic minimum cost path which should be closer in length to the real optimum.

When I did the least-cost path from Bristol, England to Sydney in Australia, the suggested path hugged the west coast of Africa, before rounding the cape and going in a straight line (line shown in red) 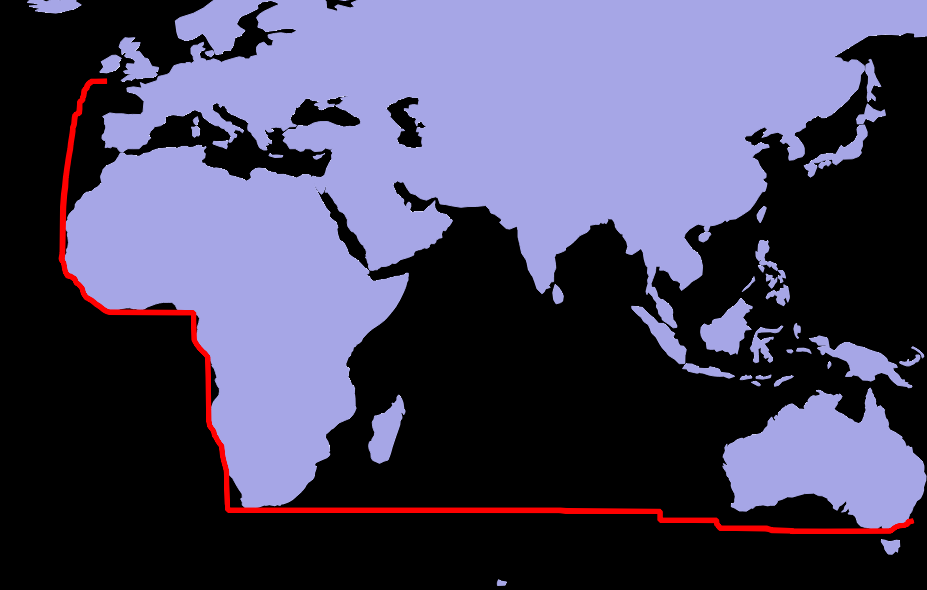 As whuber hinted at, this is caused by lots of local optimums not adding up to a global optimum.

The way I did it was to add peturbation, so that some randomness comes into play.

In my case I added a value between 0 and 10, as I wasn't bothered about the actual distance, just a better path. I find uniform works better than guassian. I'm using 9999 as the land cost.

Now, with the randomised cost surface, I find the shortest path now crosses diagonally, rather than hugging coastlines. The orange route is the one based on the noisy raster... 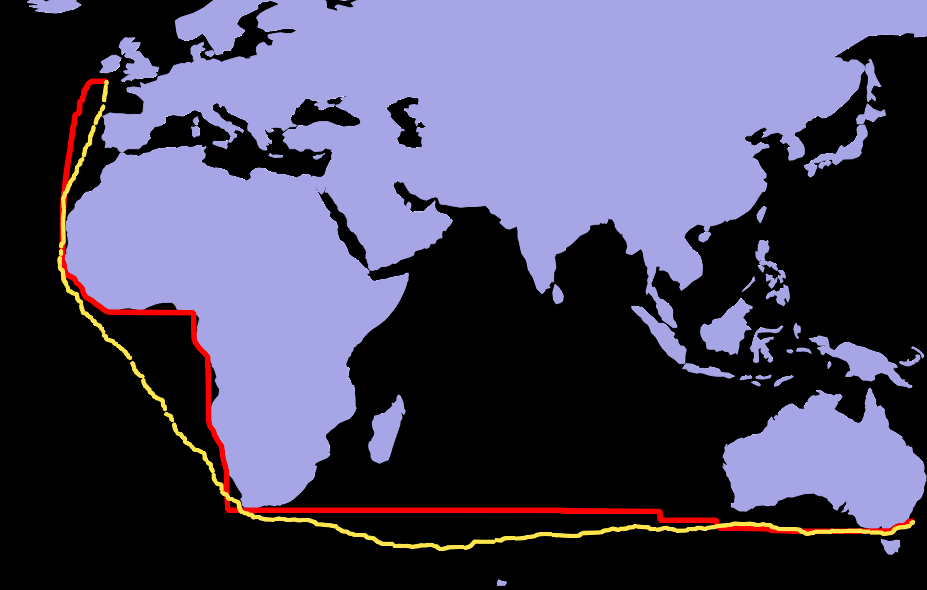 In my case I'm using a python script (from the gdal python cookbook) to do the least-cost tracing as a raster, so you mileage may vary depending on how you do the point to point path tracing (I can't get r.drain to work at the moment with QGIS).

Not the answer you're looking for? Browse other questions tagged grass cost-path shortest-path or ask your own question.

12
Import GRASS and SAGA modules to python script
2
can grass modules work separately
0
Correct measure unity for slope and aspect in order to work in QGIS with "r.sun.insoltime"