How to exit QGIS after running a python script?

I would like to run a python script via qgis --code myscript.py and then immediately exit. I'm using iface.actionExit().trigger(), which kills QGIS when I run it from the python console, but not when put in the script that I pass to --code.

Update: I've also tried sys.exit(). QGIS catches it and pops up a window with the following:

Update: os.kill(os.getpid(), 9) works but it's a dirty hack and I'm looking for something better.

Try in your script:

It works for me.

Based in Conley Owens'comment, I changed slightly my script to do "something useful" (where the line that import iface was commented).

I ran qgis --code myscript.py at the bash console, inside the folder of the script, and immediately I got this error message: 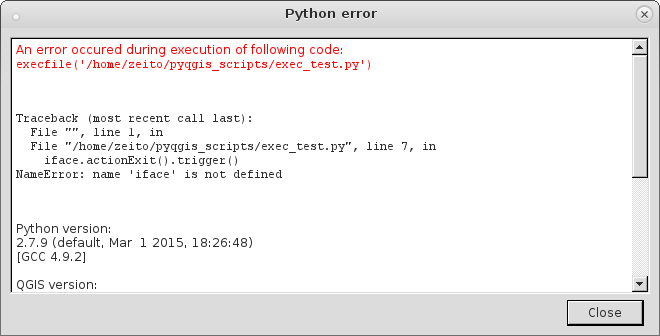 and indicating that from qgis.utils import iface line is necessary.

When the first line is not commented the script execution had not errors: 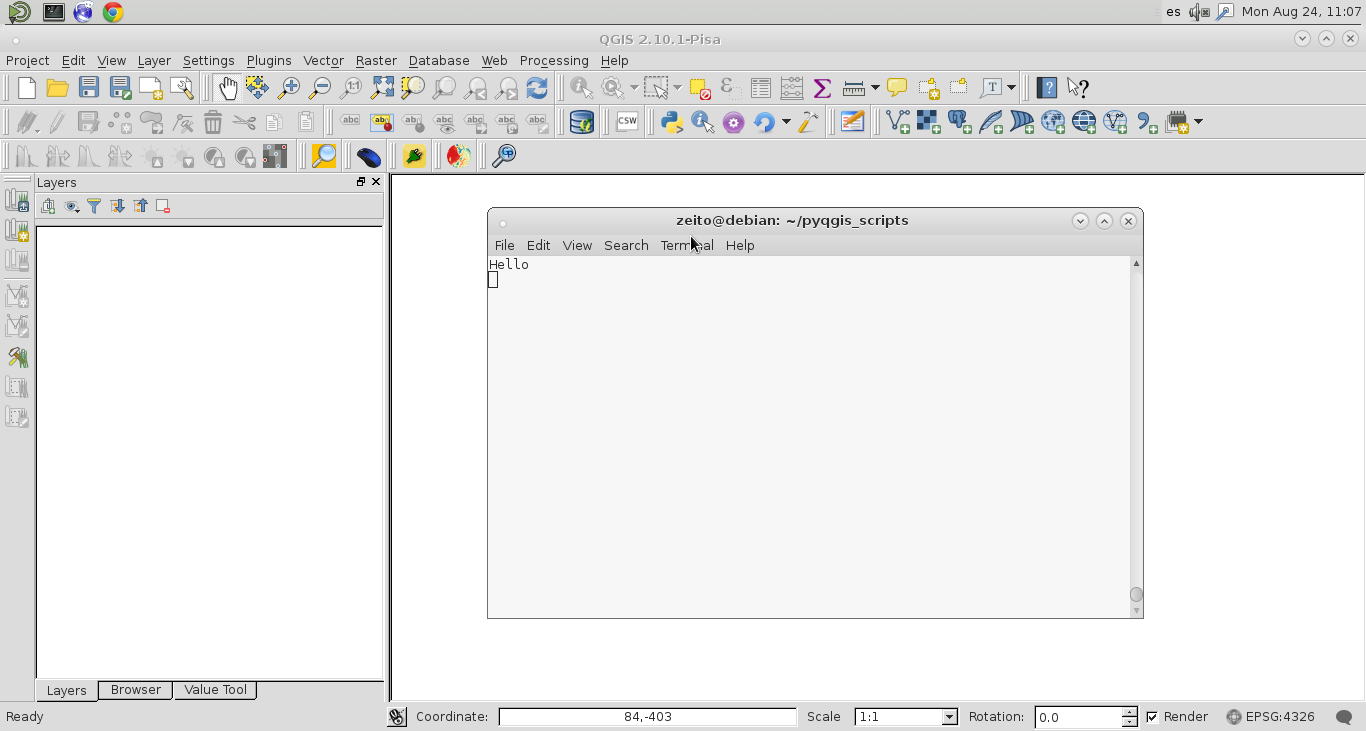 but the control was not in the Python console; it is in the bash console (observe the "Hello" print there). For this reason your os.kill(os.getpid(), 9) command works because close the console and automatically close QGIS.

The solution to this issue, if I need the PyQGIS API outside QGIS, it was to include the PYTHONPATH to QGIS (/usr/share/qgis/python) in my .bashrc and to run the script in the bash console as python myscript.py. It works.

In Windows, you can get the PYTHONPATH in the Python Console of QGIS with:

and use the Control Panel of Windows to change it.

It works well for me to do this:

It's also useful that you can set an exit code.

Not the answer you're looking for? Browse other questions tagged qgis python pyqgis or ask your own question.