How to bulk import gpx files to QGIS and merge into a single shapefile?

I am looking to create my own 'heatmap' of all the bike rides I have recorded using the app Strava in QGIS.

I have over 450 individual gpx files and would like to merge the track points layers into one single shapefile so I can join them to a polygon layer and symbolise by join_count as seen in this example: 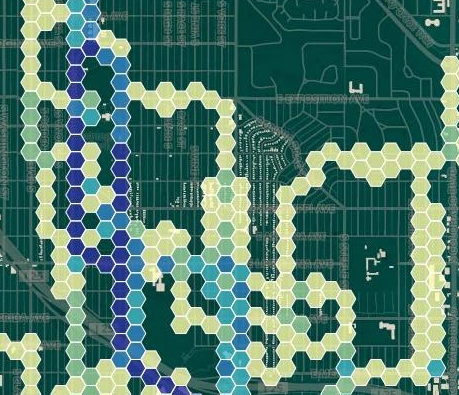 Some of my gpx files contain 'ride' in the file name and others 'run', I'd like to filter the files leaving only those with 'ride'.

How can I achieve this efficiently using QGIS?

Use the ogr2ogr command line tool, that is distributed with QGIS. In Windows, open the OSGeo4W Shell from the QGIS program group and enter

The equivalent command in a Unix bash shell would be

Make sure the output file (gpx.shp) doesn't exist before, then ogr2ogr will produce one single shapefile from all gpx files with "ride" in it. There are some notes about the ogr gpx driver at http://www.gdal.org/drv_gpx.html .

I know this is late but it might help others one day. There is a QGIS plugin called Batch GPS Importer which I explained more in this answer.

The latest version can filter out files using prefix and suffix text. 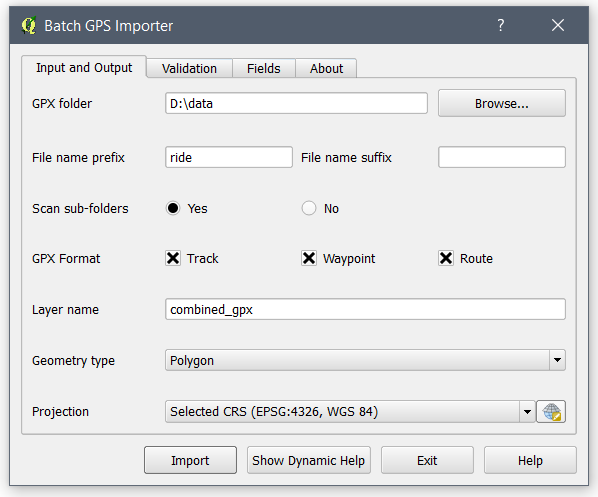 I hope it helps.

You can import multiple GPX files at a time, although you will be prompted each and every file for the data layer you want. With over 400 traces that's not going to be fun.

You might want to look at ogr2ogr. This is the Swiss-Army-Knife of geo file conversions, it will convert almost any geoformat into any other compatible (vector/raster) geoformat.

You can call it programatically (e.g. from a python script, .bat file or bash script) to iterate over each ride*.gpx and convert it to a shapefile, for example.

Having said that, I couldn't get this to work on a couple of random gpx traces I downloaded from OpenStreetMap (ogrinfo didn't like them either, although QGIS loaded them). But I was able to open GPX files from another source.

and see if you get any useful output. If you get a list of drivers, it's failed.

Your mileage may vary, it's worth a go.

Note that each shapefile will end up with its own directory, so if you don't want the hassle of writing code, you could try CSV instead.. see this blog post.

If you're fond of the hexbin style you illustrated, you might like to look at the MMQgis plugin. This allows hexagonal grids to be created, which you can then use to do the 'points in polygon' analysis.

5
Find GPX files which contain tracks located in a specified bounding box
6
How to determine the most accurate elevation algorithm
9
Cleaning/editing GPX (tracks) files recorded from GPS device in QGIS?
1
GPX-Tracks are not displayed correctly by many applications/web applications
4
How to calculate location at given time from GPX track
0
Tool to only keep POIs X kms from a route?
3
Create line heatmap with QGIS
2
How to merge big and many polygons (SHP) in QGIS/Spatialite?