I have been having trouble trying to come up with a python script that will go through a polyline feature class representing a river system and split all the streams intersecting with a central river at distance of 2km. The added difficulty is that any given stream can be made up of multiple polyline segments. Thus if a stream that intersects with the central river is made up of 2 line segments 1.5km long, the first would need to be unclipped, and the second after 0.5 km.

Does anyone have any suggestions on how to write a script that will accomplish this? I know positionAlongLine tool might help but I am not sure how to implement it. 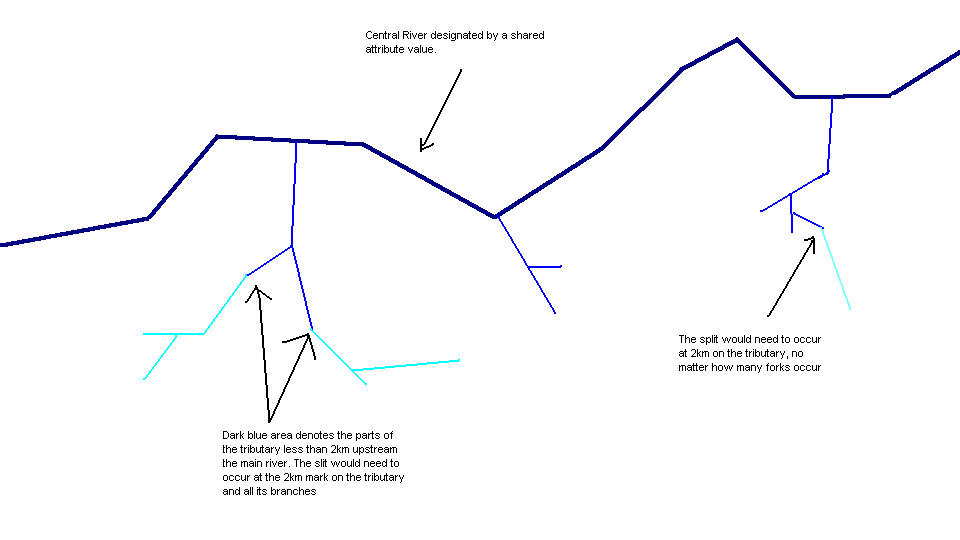 I don't think this question ever got resolved, I apologize Soupoder. The idea I have doesn't require arcpy. 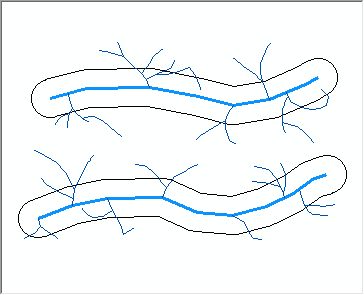 2) Use Feature to Line to split your side branches with the 2km buffer, adding both feature classes as "Input Features" in the tool. 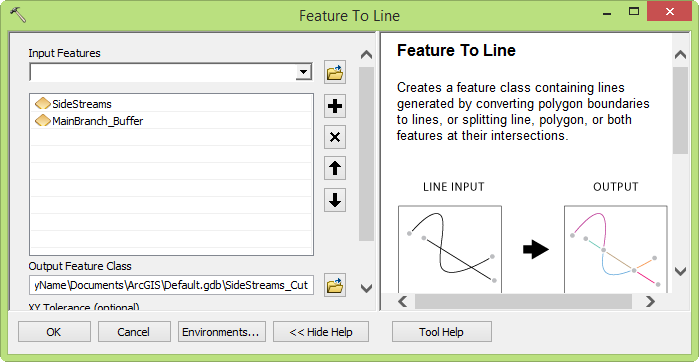 3) Since polylines from both the input side branches and buffer will be present in the tool output, Select by Location those lines that "share a line segment with" the original buffer feature class and delete them in Editor. 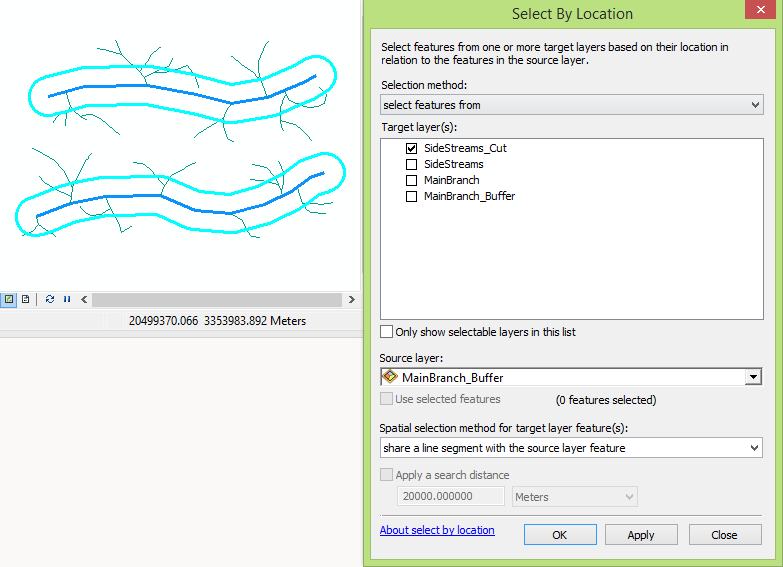 You'll need an Advanced license for this workflow. Otherwise, we'll have to resort to some fancy arcpy to mimic the "Feature to Line", but let us know if this is the answer you were looking for.

Not the answer you're looking for? Browse other questions tagged arcpy arcgis-10.1 splitting or ask your own question.

1
Getting additional subbasin areas designated by points in river network？
3
Standalone Python script to split a polyline with a point layer
2
Split lines by zones
0
How to split lines where a different set of lines intersect them, no vertices
0
Merge connected lines and split them after set unequal distances
1
Split lines by polygons PostGIS