I made a graphic so I can make myself clearer. 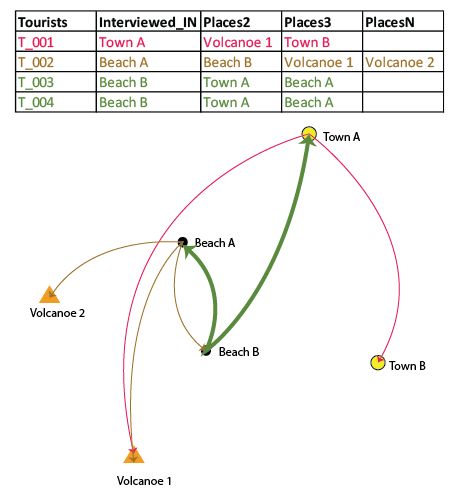 Although it isn't a GIS Tool, this is something you could use Gephi for. Especially if you want it to look like your illustration. Straight lines, no problem. Curves are more challenging.

This example shows a screenshot - this is a road network, taken from OpenStreetMap. Nodes are coloured by Centrality. 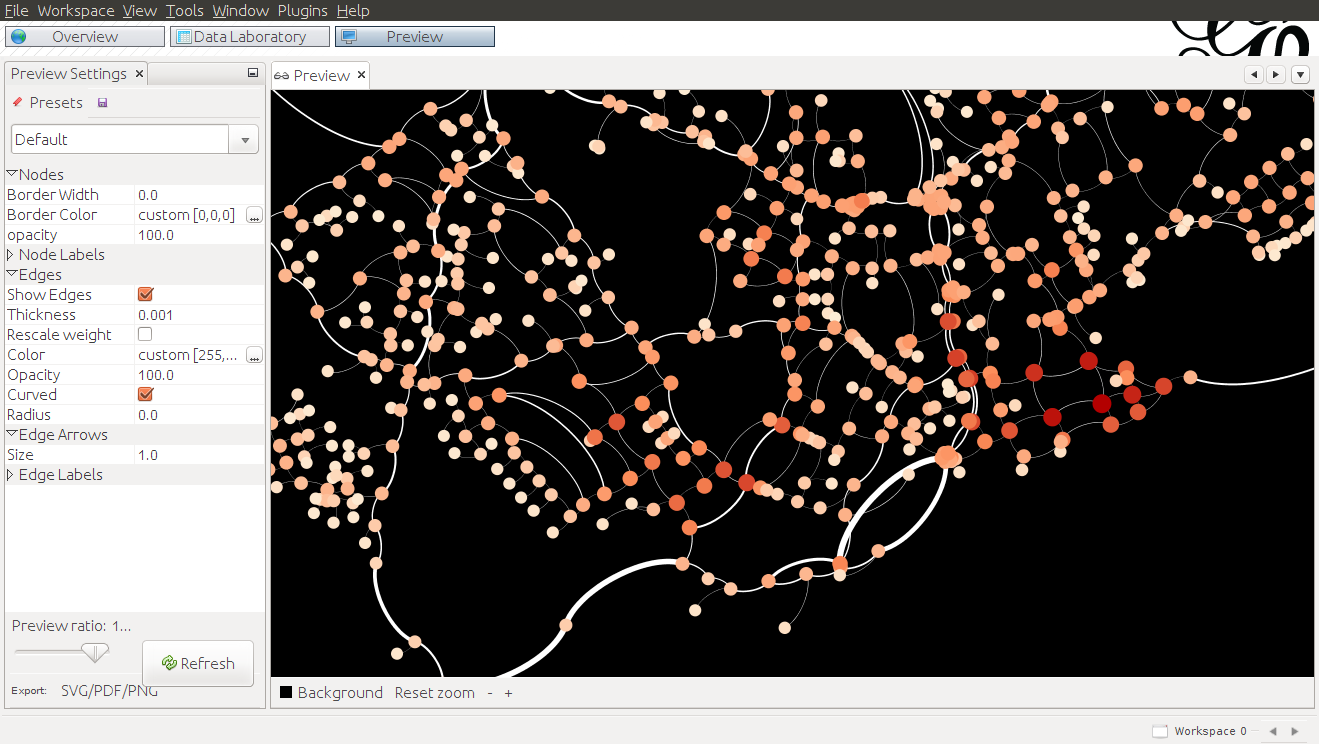 If you install the GeoLayout plugin for Gephi you can force nodes to stick to (lon,lat) or other projected coordinates, which makes it suitable for Geo visualisations.

The easiest way is to create a couple of CSV tables in QGIS (or programatically). This will probably be easier to do if you have your data in a database rather than a shapefile.

Add another table linking node A to node B together with weighting value, to form your edges table. You'd need one row for each response, with a count of the number of times someone makes a journey from A to B e.g.

Then import these into Gephi as CSV

On the analysis side, you could also get added information on centrality, betweenness, clustering and other metrics.

(You can get some of these from GRASS; however, that doesn't address the rendering).

The resulting flow lines can then be style with the built-in arrow renderer: 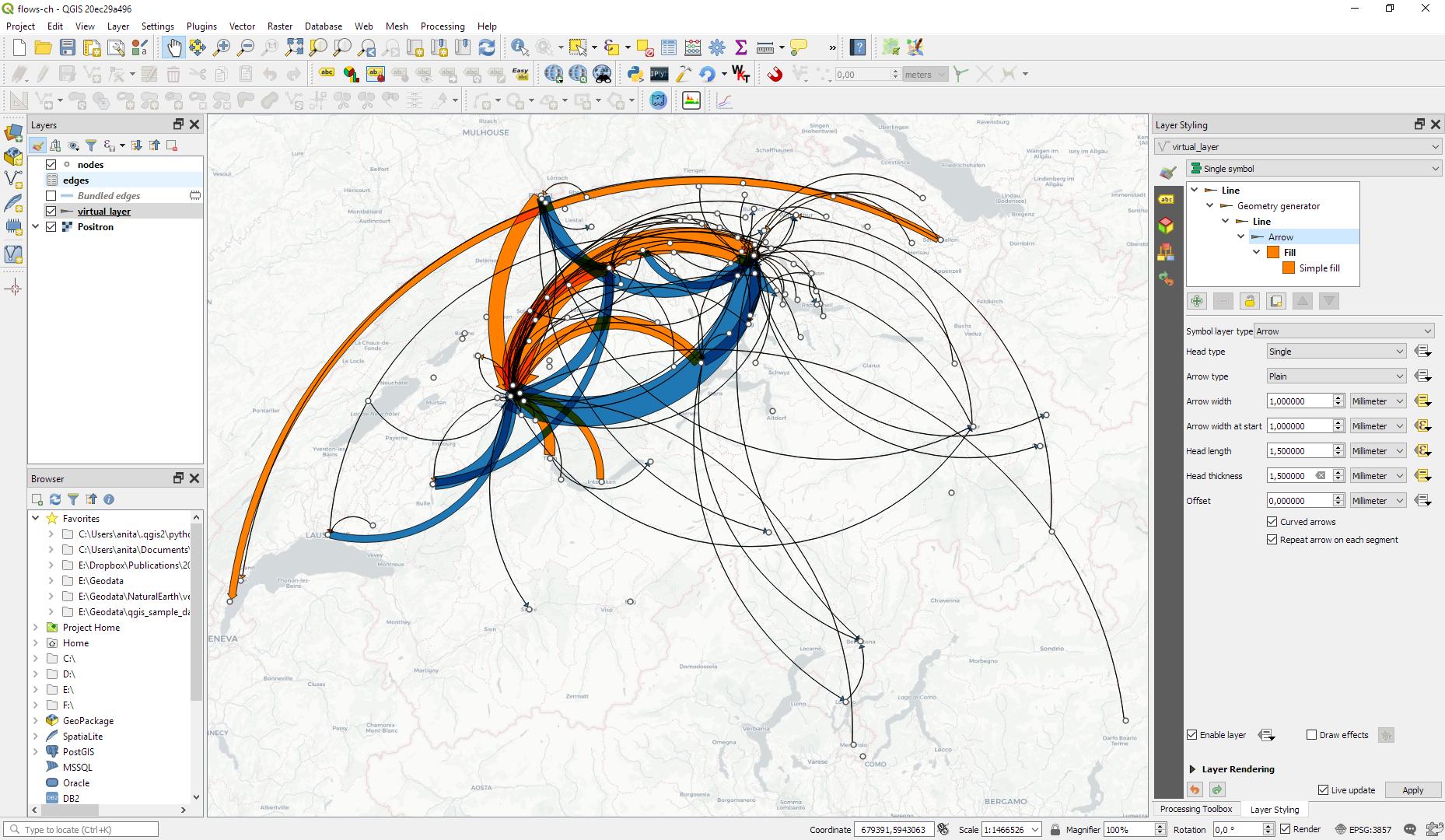 Not the answer you're looking for? Browse other questions tagged qgis flow-map or ask your own question.