I am aware of Polygon Neighbor to produce a table of all contiguous pairs, but this doesn't help me extract borders as polylines.

Consider group A in the following example map: 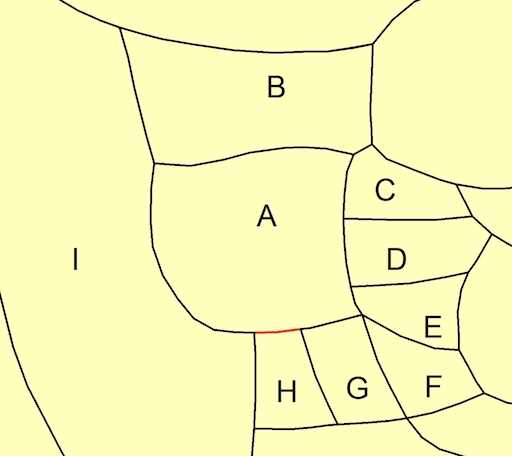 Group A has 8 contiguous pairs: AB, AC, AD, AE, AF, AG, AH, AI. I would like the output file to separate the aggregate border for group A into 8 separate lines, each line referencing only the shared border between each contiguous pair; e.g., the border of AH in red would be a single line in the output data. As noted before it is important that the output file also identifies the two groups each line separates.

To clarify, I require a general solution for all possible contiguous pairs in my dataset. I do not have a single group such as the example group A that I am interested in.

This question is similar to Extracting polyline of border between differing polygons using R or GRASS?, except I'm interested in a solution using ArcGIS 10.2 for Desktop. I have some knowledge of Python if an ArcPy solution is easiest.

This will convert your polygons into arcs very quickly. You need 2 layers in table of content: 1st - polylines, 2nd - polygons

From here it is enough to spatially join lines to polygons (one to many, SHARE_A_LINE_SEGMENT_WITH) and dissolve output using line name and first, last polygon IDs to get this: 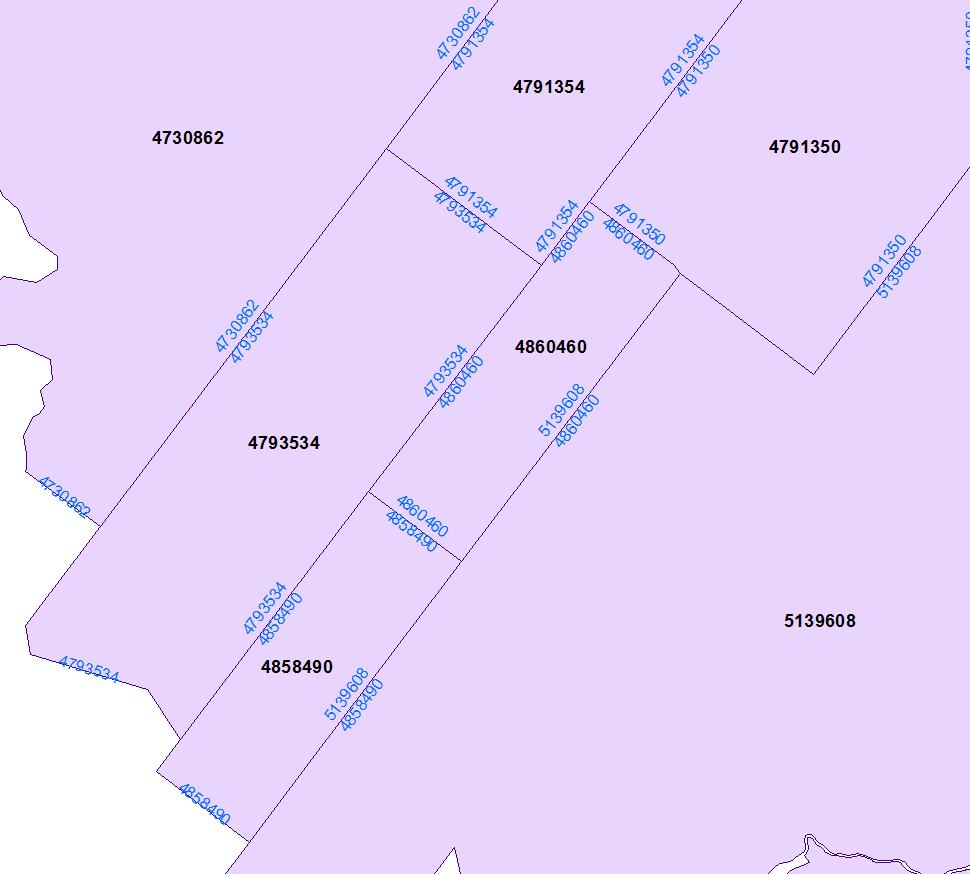 Not the answer you're looking for? Browse other questions tagged arcgis-desktop arcpy arcgis-10.2 polygon borders or ask your own question.