Updating field based on another field in ArcPy?

I need to update a field based on another layers field. I could do this in arcmap manually by joining the two layers together and then using field calculator. Is there a way I can do it with a script? I.e just enter the field as an input and run it and it will calculate the field I need.

I was thinking along the lines of

all I want is the average of a field in one layer to be entered into one row/column in another.

I should also add I want this as a script so it automatically creates a new field in the polyline and puts the average of the other layers field in it.

If I understand the details of the question correctly (described in the comments), I think you should be able to do all of this in two steps using built-in geoprocessing tools, which you can of course also script in Python:

Try it out interactively in ArcToolbox first, then in the Results window, right-click the results for each of the two steps and click "Copy As Python snippet", and paste them into a new Python script. Tweak as needed (read in parameters and assign to variables, use variables in the tool arguments instead of hard-coding them, etc).

Here is an example workflow, which hopefully you will find can be applied to many other problems.

Data description:
I have a point feature class named atlantic_hurricanes_2000 (from the ArcObjects SDK sample data) that has many points recording windspeed, pressure, etc., along the path of each hurricane from the 2000 hurricane season: 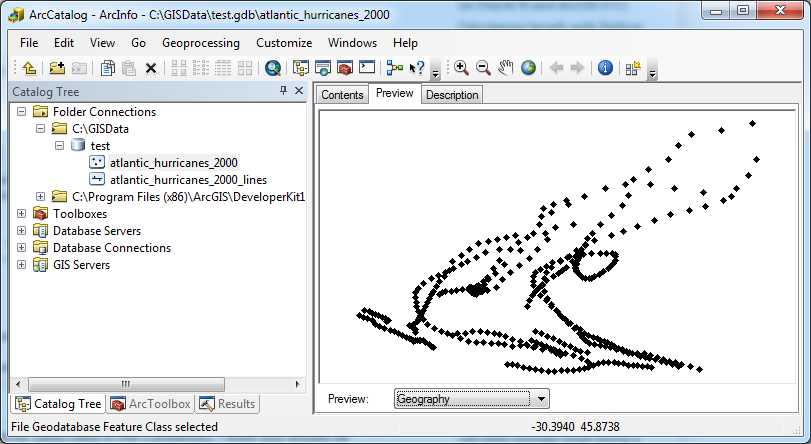 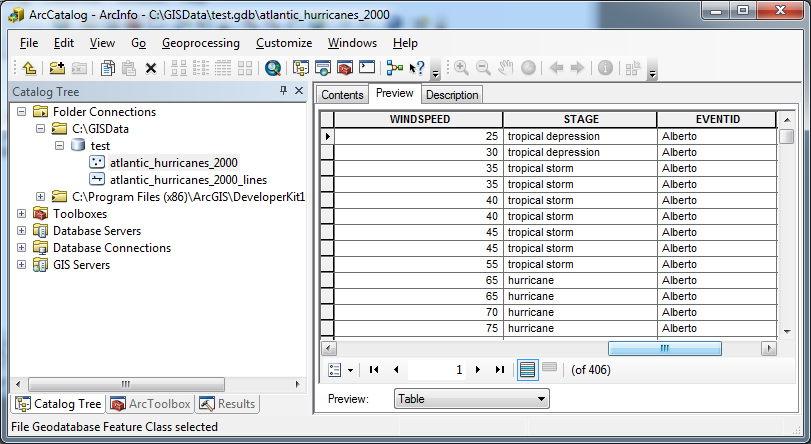 I created a polyline feature class from it for the purposes of demonstration (each line is a separate hurricane track). The only meaningful attribute on the polyline layer, EVENTID is the name of the hurricane which will serve as an ID field that relates back to the point feature class: 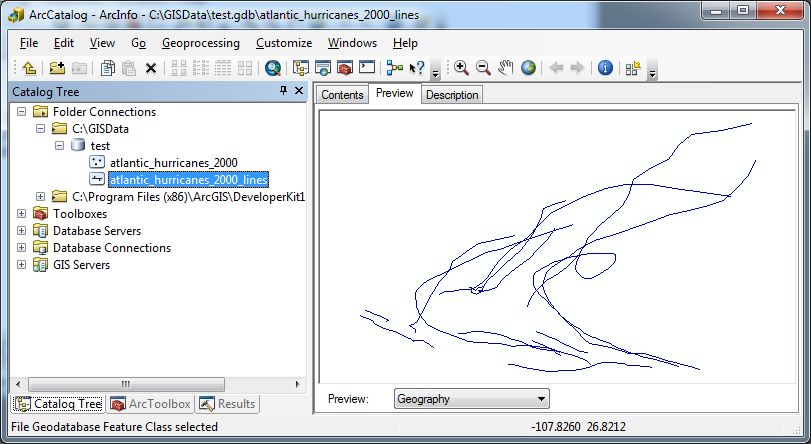 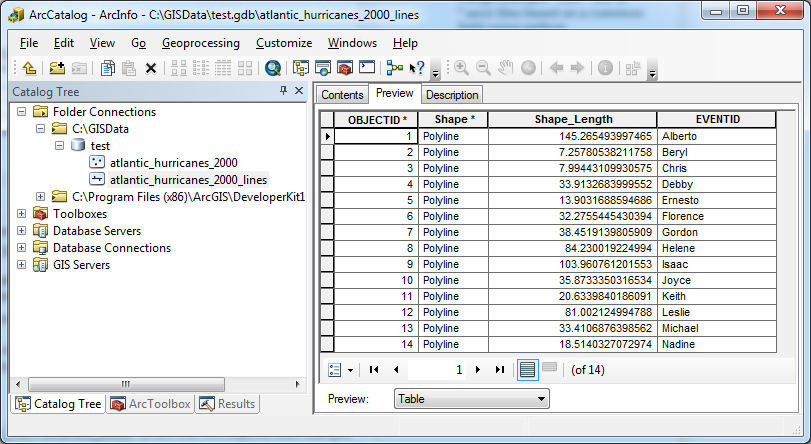 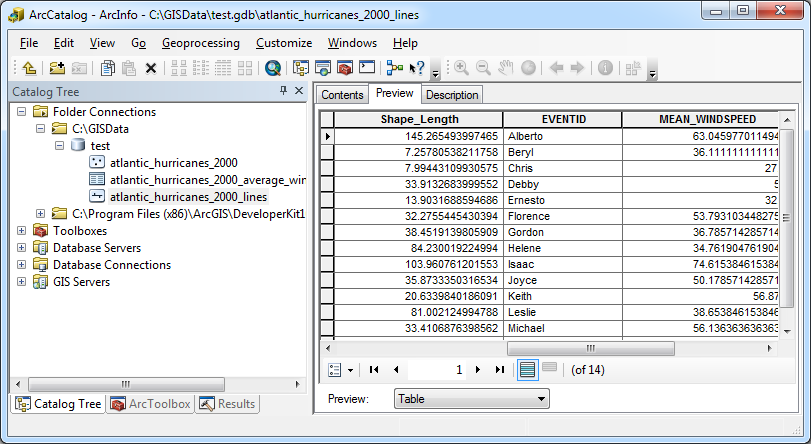 Not the answer you're looking for? Browse other questions tagged arcgis-desktop arcpy arcmap or ask your own question.

0
Inserting values from one table into another using ArcPy?
3
How to Populate new field using expression containing MAX value from another field in ArcGIS attribute table using field calculator?
1
calculate specific rows and populate their result in another field
1
Using Update Cursor to update all fields in a feature class based upon another feature class
0
Calculating new values for column based on another column with Field Calculator in ArcMap?
1
Making one field/values equal to another field/values
2
Does ArcPy (Standalone) have option like Spatial filter?