I have a big round polygon feature (5km diameter) and a small round polygon feature (3km diameter) that I would like to clip with Python GDAL/OGR to obtain the "donut". Once this is done, I will apply the same process for 25.000 features, that is why I need to do this with GDAL/OGR and not editing manually in QGIS/ArcGIS. It seems that the Clip operation works at the level of layers. Therefore, what I did was creating a layer for my 5km circle, a layer for my 3km circle and an output layer required by the prototype of the function.

Apparently the operation is finishing correctly, because I get a .shp file with 6KB inside, but when I open this shapefile either with QGIS or ArcGIS it is completely blank. I thought it was the projection, but the .prj file says it is set to EPSG:28992 (Amersfoort_RD_New), which is what I need.

The code I wrote is the following:

So, I do not understand how the operation seems to finish correctly, writes 6KB in my disk and then I see nothing on QGIS. I have attached an image, showing the features, but not the clipped polygon.

I guess there is something missing: memory flush?

insert a geometry for the output (how if there is no return of Clip)?

Hope someone can spot the problem!

Following the advice of Benjamin, I installed Shapely and Fiona libraries to solve this problem. Shapely is used "for manipulation and analysis of planar geometric objects" and Fiona does the reading and writing of shapefiles in a Pythonic and very neat way.

So after playing around with these libraries, I came up with the following code:

And this produces the following output: 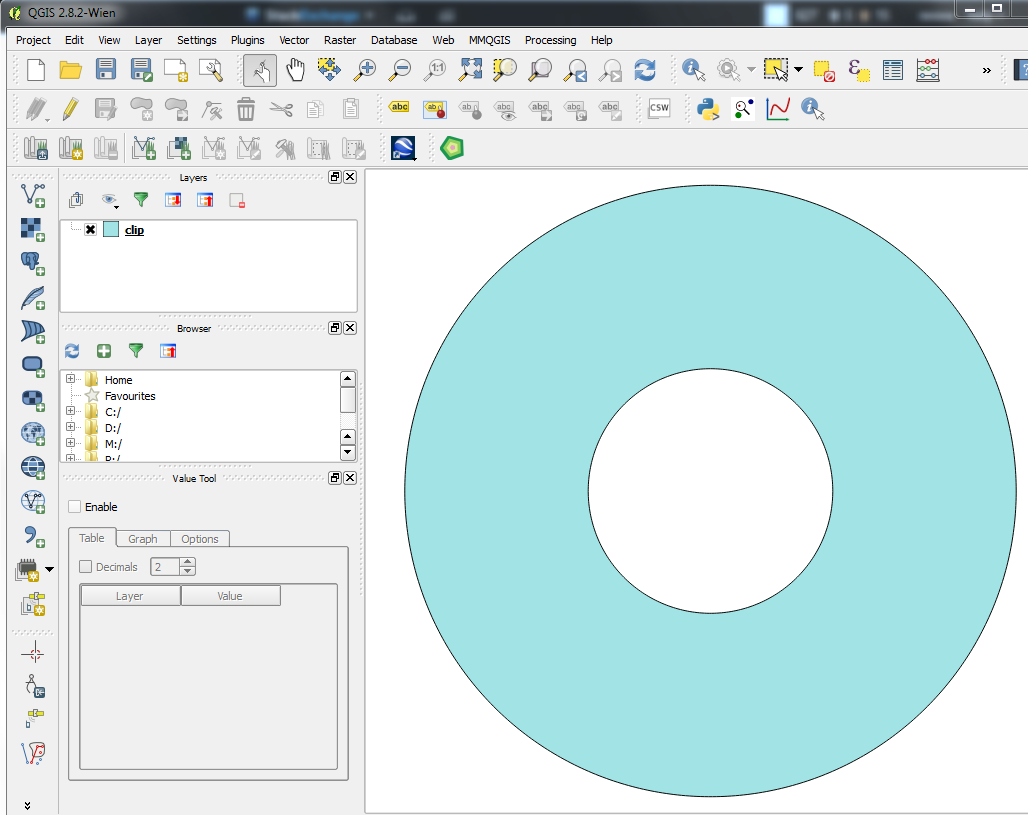 Which is exactly what I need!

Since you are using python you could also have a look at Shapely. It is a library for manipulation and analysis of geometric objects in the Cartesian plane.

For an exampel see http://toblerity.org/shapely/manual.html#object.difference

I personally would recommend you using a library which has a python interface, especially since when you use an IDE for Development you get stuff like autocomplete and type checking.

I would utilize the GDAL SQLite dialect. Here comes an example: 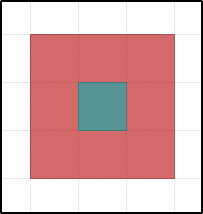 The two polygons in the image are as WKT:

You can make a hole into polygon 1 with polygon 2 by using Spatialite function ST_Difference https://www.gaia-gis.it/gaia-sins/spatialite-sql-latest.html 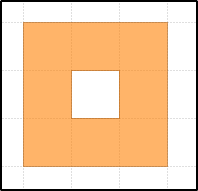 What you need to do is to build the SQL with Python and execute it.

As I mentioned in my comment you could split out the inner and larger polygons into two separate layers and use either Difference tool (QGIS) or Erase tool (ArcGIS) to run in a single process. If you want, these two tools could be configured to run in a python script too.

12
Distinction between Difference and Clip tools in QGIS?